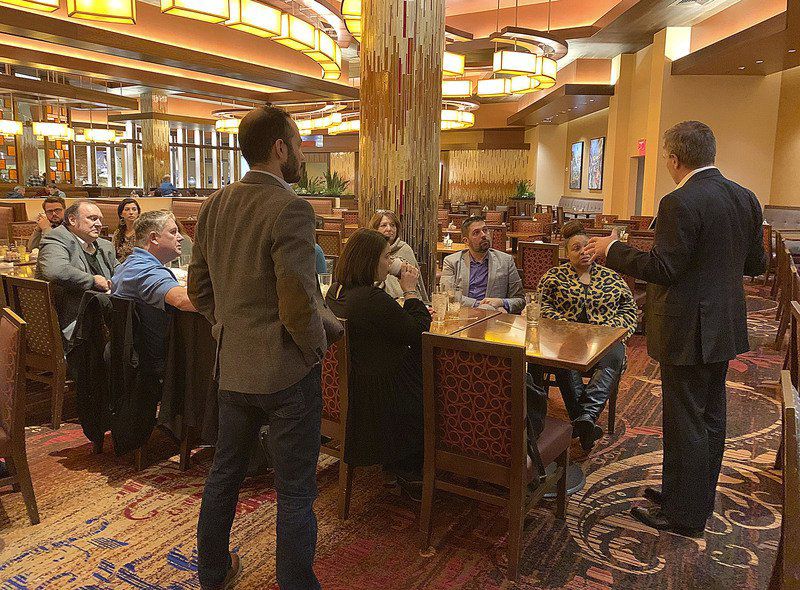 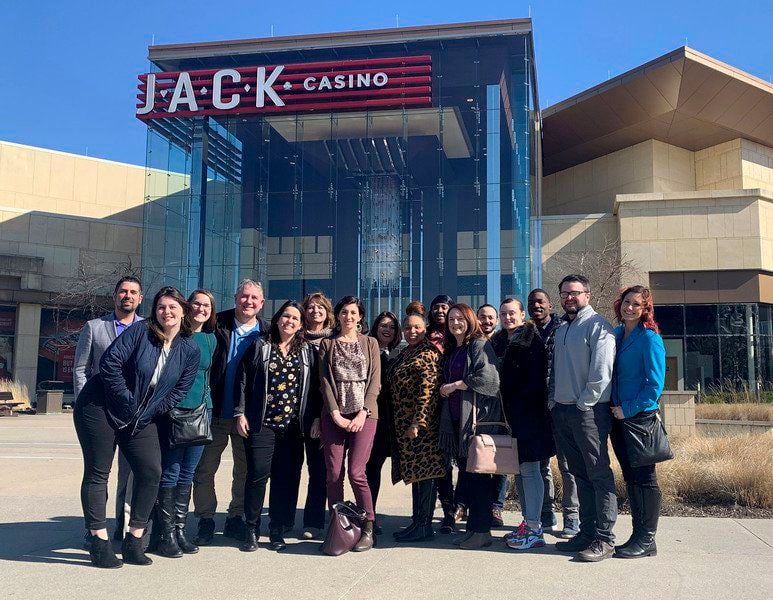 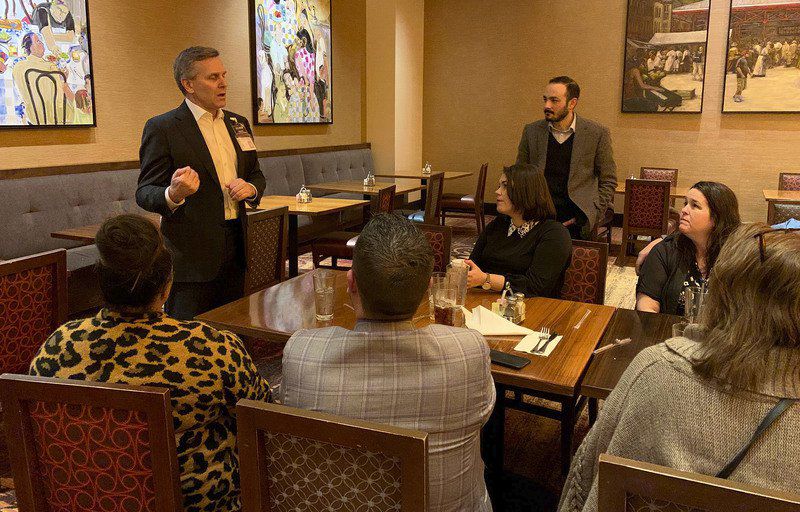 While a proposed Vigo County casino has been touted as bringing 400 to 600 new jobs, health advocates hope to ensure those jobs remain protected under local workplace and public-place smoking ordinances.

“It really comes down to what do we want our community to look like in 20 years,” said Brandon Halleck, chief operating officer of Chances and Services for Youth in Terre Haute, which advocates for local work and public place non-smoking ordinances.

“We have been a completely, comprehensive smokefree community for almost a decade, as it will be eight years in July,” Halleck said.

“The state of Indiana exempts casinos and bars, but we have home rule that allows us to be stricter than the state” to implement more comprehensive smoking prohibitions to protect workers, Halleck said.

“We are really looking at the positive impact. We have a smokefree air ordinance that includes all work places. I think there will be great benefits of having a smokefree casino that will employ 400 to 600 individuals, and the ordinance is there to protect those workers,” Halleck said.

The group on Feb. 21 visited Jack Cincinnati Casino, bought in September by VICI Properties for about $745 million.

VICI Properties announced it entered into a lease with Hard Rock International to convert the Cincinnati property into a Hard Rock Casino. Hard Rock and investors are also proposing a new smokefree casino in Illinois, submitting plans in October to the Illinois Gaming Commission as the Hard Rock Casino Rockford.

“After visiting a smokefree casino in Cincinnati, I think there will be a lot of great benefits that come from that. Smokefree casinos have allowed for smoking heated patios [with a roof] with slot machines,” Halleck said. A new Terre Haute casino could be designed the same way, Halleck said.

The Tribune-Star sought comment from Spectacle Entertainment and from Terre Haute businessman Greg Gibson, a Spectacle vice president. The company did not provide a response and Gibson said he thought it best not to comment at this point given Spectacle does not yet have a gaming license for the Terre Haute location.

Spectacle Entertainment made a statement on the issue in November, through its lead attorney John Keeler.

“Spectacle is aware of the Terre Haute and Vigo County ordinances regarding smoking in public places. At the present time, Spectacle and our branding partner, Hard Rock, are laser focused on successfully competing for the Vigo County License. To address operational issues at this time, before Spectacle is awarded the license, assuming we are so fortunate, is putting the cart before the horse,” Keeler said.

“If successful, we are committed to working with the local community, not only bringing a first-class gaming and entertainment venue to West Central Indiana, but also providing the many economic benefits, hundreds of jobs and substantial new tax revenues that will flow from Vigo County’s inland casino,” Keeler said.

The Indiana Gaming Commission canceled a February meeting to award a casino license in Terre Haute.

The Gaming Commission stated it is following a federal investigation that appears to involve a former Centaur Gaming executive now with Spectacle.

The Indiana Gaming Commission has stated it does not plan to address a gaming license for a Terre Haute casino in March, but might address the license in May or June.

“Spectacle Entertainment has been made aware that a paid consulting firm, who once contracted with Centaur Gaming, has been implicated in charges related to campaign finance violations in Virginia. Spectacle pledges to fully cooperate with the Indiana Gaming Commission as it investigates this matter. We take such matters very seriously and we will share more information should additional details become available.”

While a gaming license has not been issued, local ordinances would require a smokefree casino, said Joni Wise, administrator of the Vigo County Health Department.

The local ordinances “have a broad definition of workplace. It would encompass anything that wasn’t specifically defined, so as long as it is a work place, it is still defined,” Wise said.

“Right now we don’t regulate outdoor areas, except for 8 feet from a door, which is a state law,” Wise said. “Of course a business can make that distance from any door greater than that.”

For example, the Vigo County Annex has posted signs stating smoking must be 50 feet from the county building.

Wise said while the state exempts casinos, local ordinances do not.

Vigo County passed a countywide smoking ordinance in 2006, and it took effect on July 1, 2007. It was revised in 2012 to match sections of Terre Haute’s ordinance that took effect in 2011.

The Midwest has the highest percentage of smokers in the country, with about 16 of every 100 adults (16.2 percent) who smoke cigarettes, according to the CDC.

Even with smokefree spaces in restaurants and bars and other public places, Vigo County has more adults who smoke than the national and Indiana average, said Sarah Knoblock, CASY’s Tobacco Prevention and Cessation program coordinator.

That translates into concerns for newborns, Knoblock said.

Reflective of those numbers, Indiana State University in Terre Haute is moving to be not only smokefree, but tobacco free.

“It is for a tobacco, smoke, e-cigarette free campus and that goes to the university’s board of trustees in May,” said Katie Lugar, assistant director of student programming and leadership for ISU’s Honor College, who serves as staff adviser to Tobacco Free Blue, founded in the fall of 2015 to advocate for a comprehensive tobacco policy.

“The proposed implementation date would be July 1,” Lugar said.

“Tobacco Free Blue has been working for five years on grassroots efforts, gaining signatures, participating in a lot of health and wellness groups, our student leaders are going to training and learn from our state and national leaders and other tobacco free campuses on what works and doesn’t work,” Lugar said.

“The point of this is we recognize that people are exposed to second-hand smoke,” Lugar said. “Research tells us that places with tobacco-free environments do help people who want to quit...as it can be a large motivator in quitting their tobacco use.”

Rose-Hulman Institute of Technology and St. Mary-of-the-Woods College are each tobacco-free campuses. Ivy Tech Community College Terre Haute is also tobacco-free, but does permit tobacco use in a personal vehicle on campus.

Lugar was also on the trip to Cincinnati last week. She said the outdoor spaces were more enclosed than she had anticipated, with grated walls to allow smoke to pass through.

“I think that trip helped provide general information on a smokefree casino and that (Cincinnati) casino was not just a place to gamble, but engages in entertainment, buffets and restaurants and different amenities you can use if you do not want to play the different games,” Lugar said.

“I think it was a great opportunity to see what we can have in Terre Haute and have in a smokefree environment,” Lugar said.

Rocksino to be filled with food and games

TERRE HAUTE [mdash] Bonnie Jean Haley passed away May 26, 2020 in Terre Haute at the age of 91. She will be sadly missed by her son, Phillip Haley; daughter Anne Haley and son-in-law Brad Zimmer; sister Sharon Bartlett; sister Darlene Cripe and husband Jack Cripe; and many nieces and nephews…

Melanie Ann Lidster, 64, of Terre Haute, passed away May 28, 2020 in her sleep. She was born January 10, 1956 to John and Wanda Acord in Danville, Illinois. She worked in the home health care setting for 5 years. She graduated from South Vermillion High School. She loved her grandson, Brayde…