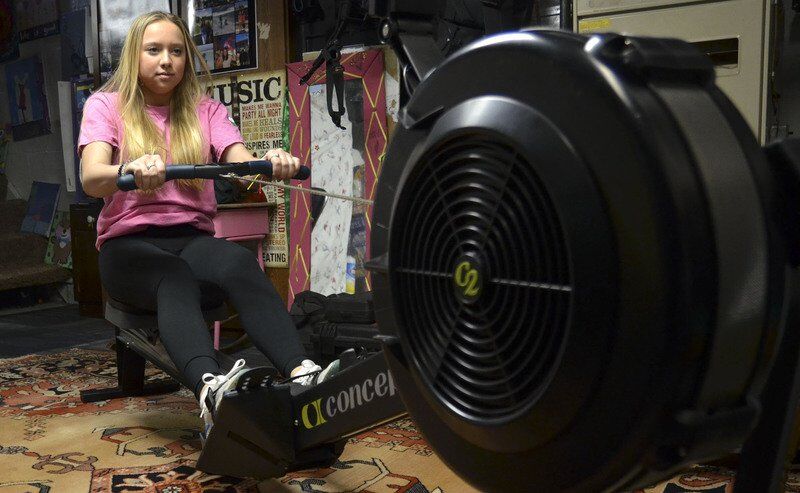 Tribune-Star/Austen Leake Rowing for a cause: Ava Rogers took part in the Wabash Valley Crew’s efforts to help raise money for the A Most Beautiful Thing Inclusion fund by rowing from home. 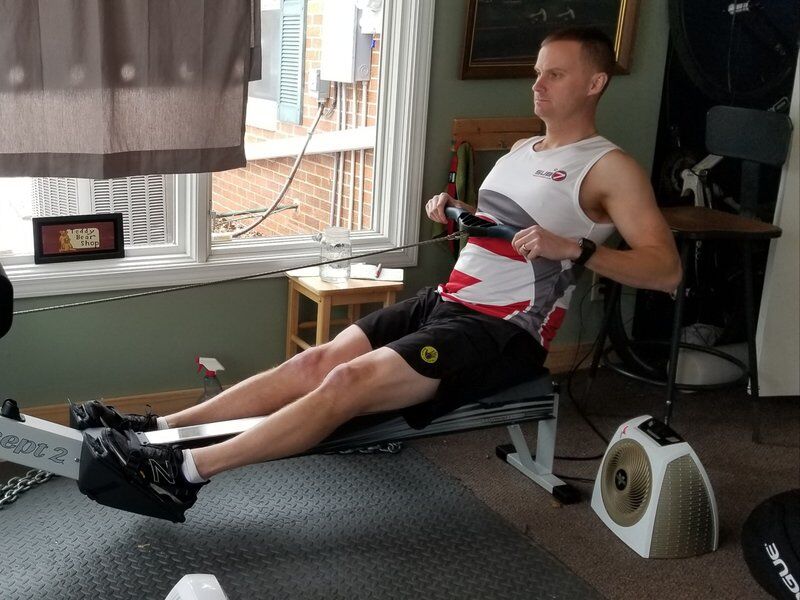 Submitted photoPull: John Callahan rowed 200,138 meters over the holiday period to raise money for a program that will help disadvantaged youth around the country participate in rowing. 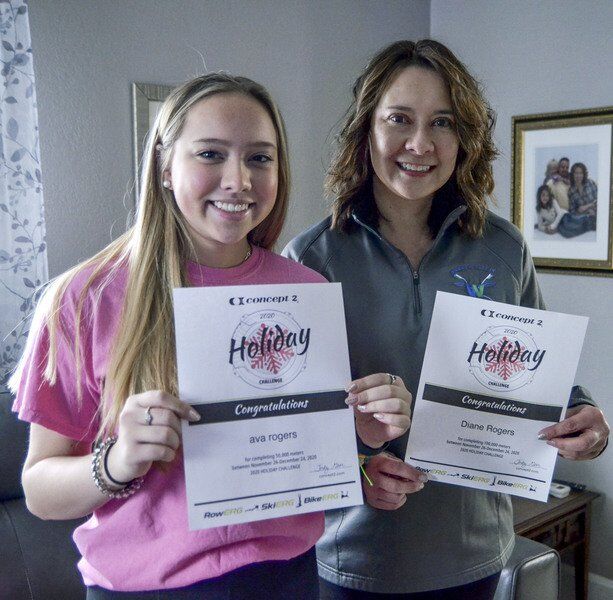 Tribune-Star/Austen LeakeWe did it: Ava and Diane Rogers hold up their certificates for taking part in the Wabash Valley Crew’s remote rowing fundraiser that helped raise money for the A Most Beautiful Thing Inclusion Fund.

Wabash Valley Crew member Ava Rogers rowed 50,169 meters, or about 31 miles, over the holidays — from the comfort of her basement, not on the cold, wintry waters of the Wabash River.

Between Thanksgiving and Christmas Eve, she and other members rowed indoors, using rowing machines, not only to stay in shape, but also to raise money for an important cause, one that will help more disadvantaged youth around the country participate in rowing.

In total, the six individuals who participated rowed about 544 miles as part of the Concept2 Holiday Challenge. Athletes rowed to meet certain targets, which helped raise money for The George Pocock Rowing Foundation “A Most Beautiful Thing” Inclusion Fund.

Concept2, a Vermont-based manufacturer of rowing equipment, will provide the donation.

Wabash Valley Crew has a handful of Concept2 rowing machines. Due to COVID, each of their machines has been placed inside a teammate’s home. “We wanted to make sure the team was able to still practice through COVID, so we distributed the machines,” said Jim Owen, Wabash Valley Crew board president.

The fundraising effort doesn’t generate a lot of money at the individual level, but Wabash Valley Crew joined other rowers nationwide in the effort.

According to Owen, “We wanted to support Arshay Cooper” and the recent release of “A Most Beautiful Thing,” a 2020 documentary that chronicles the first all-Black high school rowing team in the country; it is based on the true story and memoir of Cooper, who has visited Terre Haute twice, including last March.

The inclusion fund promotes rowing among young people and provides scholarship for those who otherwise couldn’t afford it, Owen said. “Anyone can learn to row at almost any age ... it’s something you can pick up very quickly.”

Other local participants in the fundraiser were as follows: Haley Overton, 152,031 meters; Morgan Hughes, 100,025 meters; and adults John Callahan, 200,138 meters; Diane Rogers, 100,124 meters; and Ethan Kirsch, 273,753 meters. Callahan is on the Wabash Valley Crew board, and Kirsch, an inaugural member of the group, now rows for Notre Dame.

Ava Rogers, a Terre Haute South Vigo freshman, said she golfs and runs track in addition to rowing. “Those definitely do push me, but I think rowing is probably the hardest of the three. It keeps me going ... you are constantly improving and working on technique, form and speed and how much you can pull. It’s a never-ending goal. You hit one point, and then there’s a new one.”

Participating in the fundraiser “definitely made me feel like I’m part of something bigger,” she said. Her mom, Diane Rogers, also participated.

Callahan said he “fell in love with rowing” while sitting behind Cooper in a racing shell when Cooper visited town. “It’s such an incredible feeling,” he said.

Participating in the Holiday Challenge to benefit the underprivileged “is a no brainer,” Callahan said. “You’re putting dollars into helping kids experience something they may not otherwise experience.” Rowing also has health benefits, and it’s fun.

In August, the George Pocock Rowing Foundation announced a new fund to promote accessibility and inclusion at rowing programs across the United States. The foundation aims to raise at least $1 million this year (and at least $3 million over three years) to get more kids on the water, fund education, scholarship, and mentorship programs, focused on non-traditional rowing communities and communities of color where youth face barriers to participation in the sport, according to its website.

The launch of the fund coincided with the premier of “A Most Beautiful Thing.”