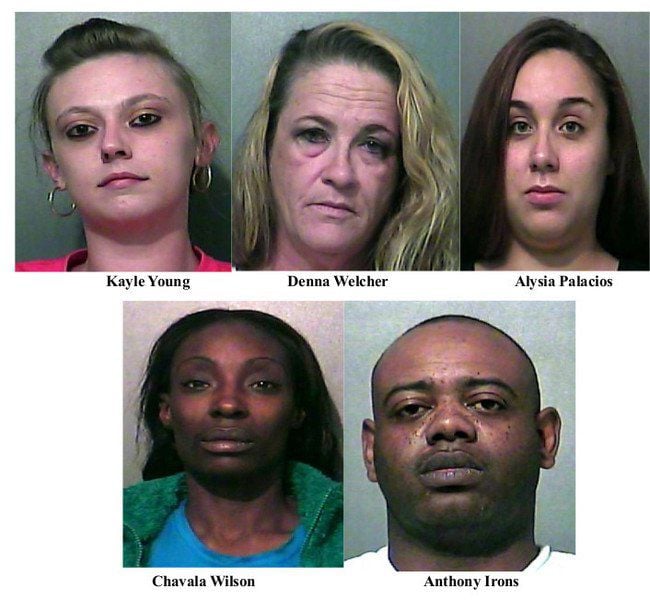 Mugshots from the Vigo County Jail 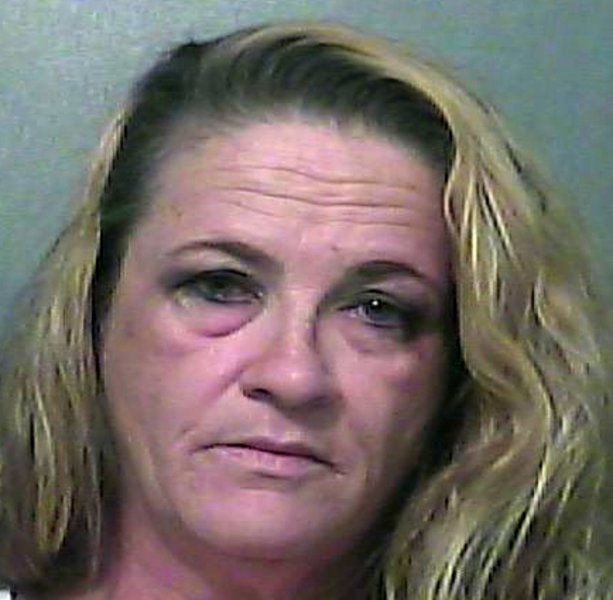 Denna Welcher Note Denna is correct, though I misspelled her name on mugshot 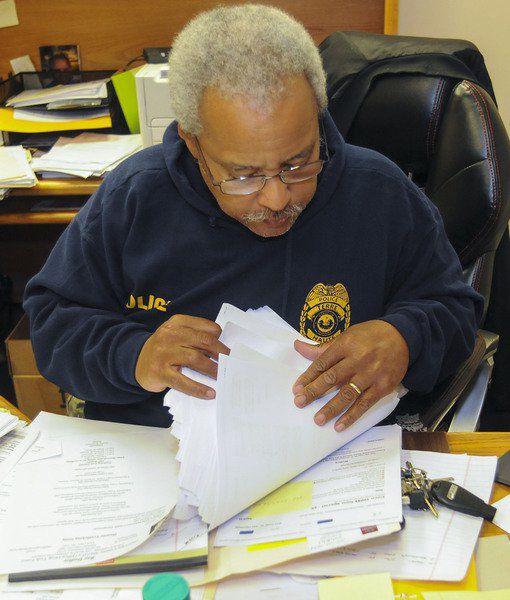 Tribune-Star/Austen Leake More to do: Terre Haute Police Department assistant chief Ed Tompkins combs through the files on the this weekends prostitution sting. 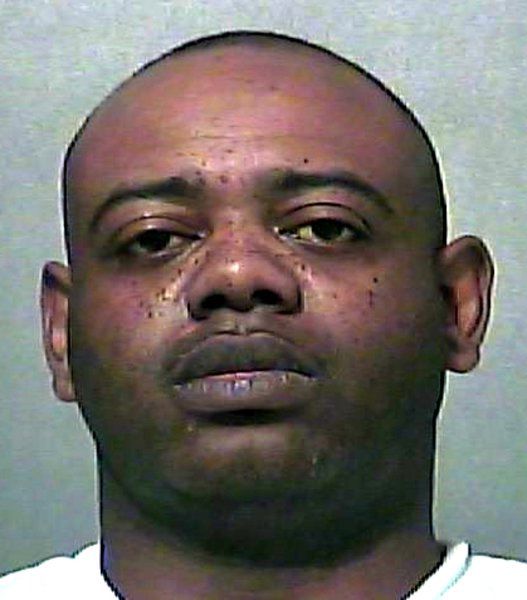 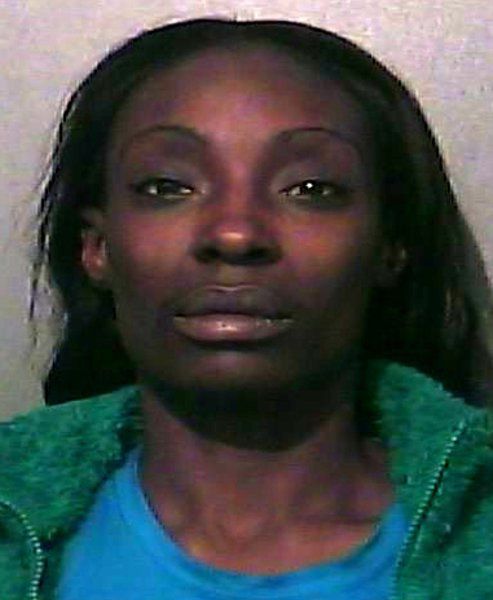 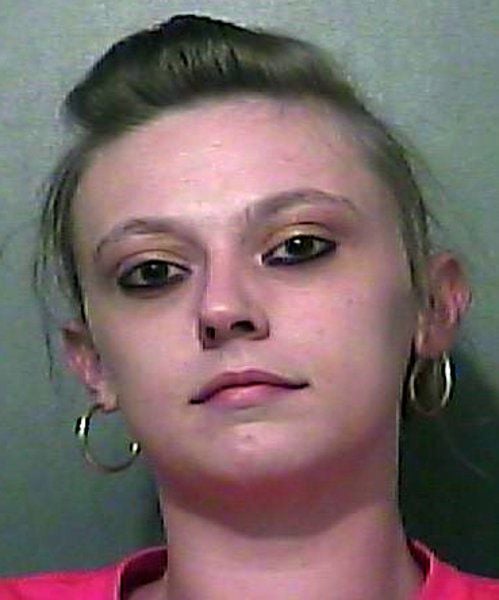 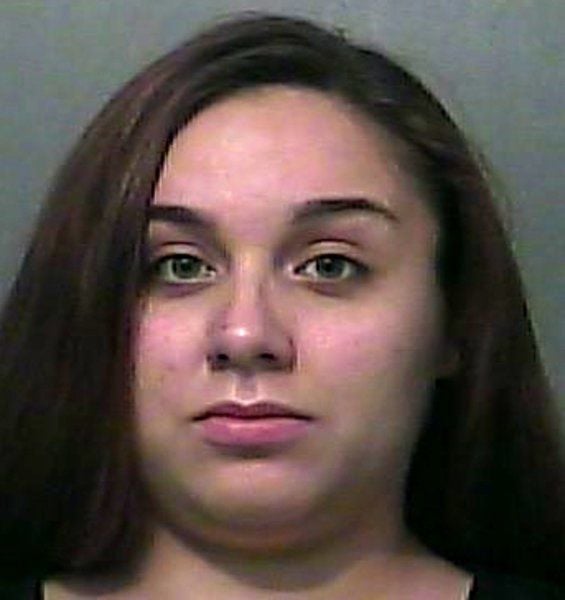 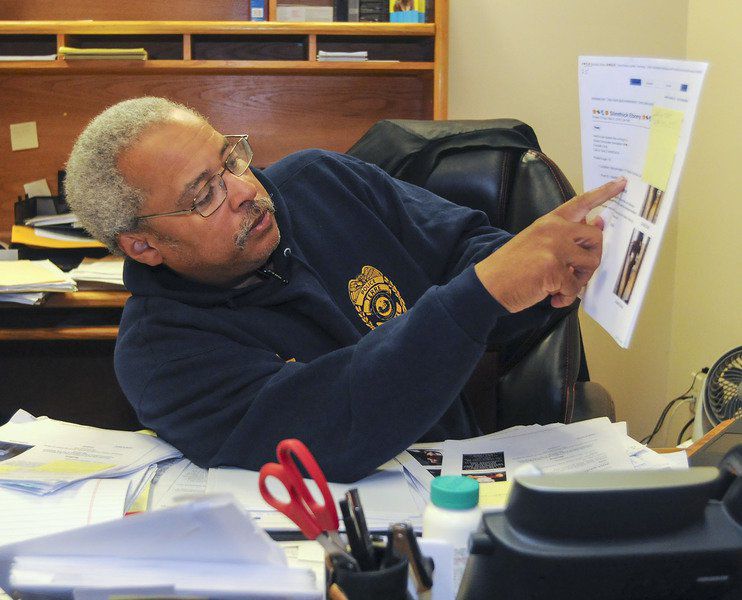 Mugshots from the Vigo County Jail

Denna Welcher Note Denna is correct, though I misspelled her name on mugshot

Tribune-Star/Austen Leake More to do: Terre Haute Police Department assistant chief Ed Tompkins combs through the files on the this weekends prostitution sting.

Prostitution has a long history in Terre Haute, dating back to a glorified era of “red light districts” and corrupt public officials.

But the Terre Haute Police Department put a dent in the local sex-for-money industry Friday night when “Operation Back Page to Front Page” played out with the arrests of five people involved in prostitution arranged online, and the rescue of a minor allegedly being trafficked to the Kentucky Derby.

THPD Assistant Chief Ed Tompkins said the sting operation was weeks in the making, involving several detectives and three FBI agents who gathered information on the website www.BackPage.com, where ads had been placed by people – many of them women who posted pictures of themselves – offering massages, companionship and escort services.

“It's a big problem, and it's well hidden,” Tompkins told the Tribune-Star on Saturday after the all-night operation was wrapped up.

He was pleased that the sting resulted in the rescue of a minor female allegedly brought to Terre Haute from northern Indiana by Anthony I. Irons, 35, and Chavala R. Wilson, 33. The man and woman, both from South Bend, now face charges of human trafficking.

The teenager told police that Irons befriended her, gave her a cell phone and "put her to work" making money for him. The trio were allegedly on their way to the Kentucky Derby when they stopped in Terre Haute.

“This is one of the main targets — getting a juvenile who is being trafficked – and we did it,” Tompkins said.

About three to four months ago, Tompkins said, he received a couple of complaints about ads on the BackPage.com website. Every larger city has a page, he said, and some pages contain thinly disguised ads for prostitution.

Prostitution is a problem that local police had not targeted for about 10 years, Tompkins said, mainly due to manpower issues. But he saw that Terre Haute had a lot of activity as a meeting place.

He said he asked Acting Police Chief Shawn Keen and received permission to set up a series of sting operations.

“It was a way to give the detectives something different to do other than work property crimes, arsons and burglaries,” Tompkins said.

The objective of Operation Back Page to Front Page was for an undercover officer to contact and meet people in the ads, be propositioned by a prostitute, and then make an arrest. Detecting human trafficking was also a goal.

An area motel agreed to allow surveillance and recording equipment to be set up in a room where a decoy waited for the suspected prostitute to arrive and offer sex in exchange for money. The meetings were set up via phone and text messaging, Tompkins said. In the case of the juvenile, the two adults with her dropped the teenager off in the hotel parking lot, and briefly tried to escape the area when police closed in.

One of the women arrested for prostitution told police she has a heroin addiction, Tompkins said. Another woman said she only responds to her online ads on the weekends.

During the investigation, 58 women with ads on BackPage.com were contacted, Tompkins said. Some responded that they were unable to make it to Terre Haute on Friday night. Some were busy in other cities or states.

“All the girls said they come to Terre Haute because they haven't been arrested here before,” Tompkins said of those contacted online. “They are getting hit in Kokomo and Fort Wayne and Indianapolis, so they are traveling here to work.”

But as the sting operation showed, THPD is now alert to the problem. Tompkins said that another sting will likely be organized as an annual operation.

Arrested during Operation Back Page to Front Page include:

• Alysia Palacios, 19, of Danville, Ill., for prostitution and possession of a stun gun without a handgun permit. She was released from jail and is to appear in Terre Haute City Court on Monday.

• Deanna F. Welcher, 47, of Vermilion, Ill., for prostitution. She was released from jail and is to appear in Terre Haute City Court on Monday.

• Chavala R. Wilson, 33, of South Bend, for promotion of human/sexual trafficking, and human sexual trafficking. She is being held without bail in the Vigo County Jail, and is to appear Monday in Vigo Superior Court 1.

The juvenile female was allegedly transported to Terre Haute from South Bend by Wilson and Irons for the purpose of prostitution.

Prostitution is charged as a misdemeanor, unless the defendant has two prior convictions for prostitution. Human trafficking is a felony in Indiana.