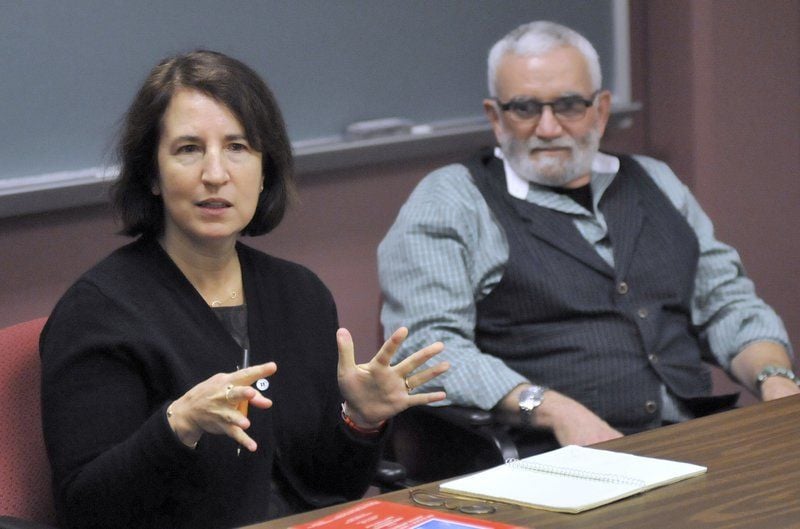 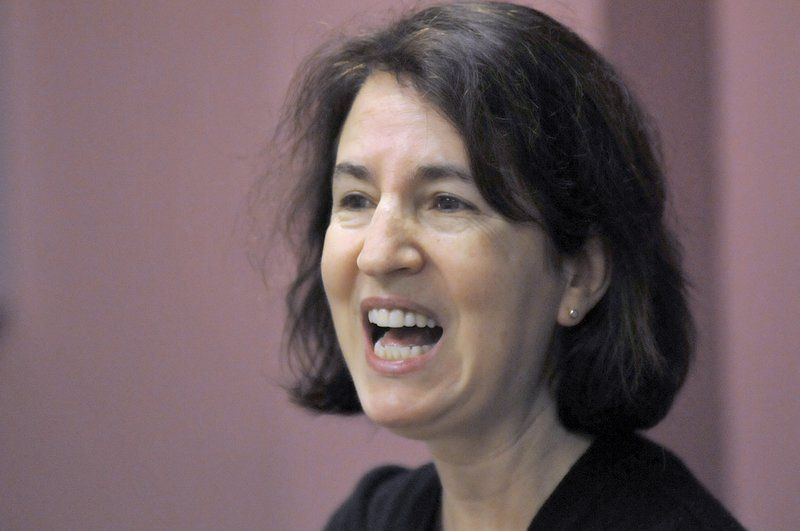 Several Indiana State University students listen to Sara Horowitz during a classroom presentation Friday afternoon. Horowitz is the executive director of the Freelancers Union and this year’s winner of the Debs Award. The nationwide union has 250,000 members. 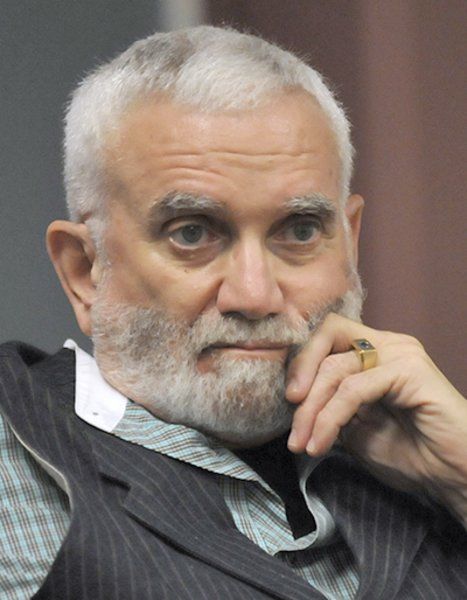 Noel Beasley listens to Sara Horowitz as she speaks with Indiana State University students and faculty Friday afternoon. Beasley is the president of the Eugene V. Debs Foundation. 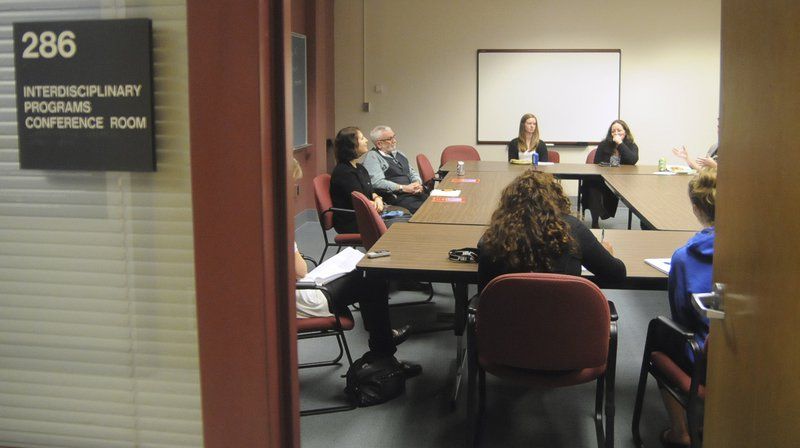 Several Indiana State University students listen to Sara Horowitz during a classroom presentation Friday afternoon. Horowitz is the executive director of the Freelancers Union and this year’s winner of the Debs Award. The nationwide union has 250,000 members.

Noel Beasley listens to Sara Horowitz as she speaks with Indiana State University students and faculty Friday afternoon. Beasley is the president of the Eugene V. Debs Foundation.

In today's emerging economy, 53 million Americans are "independent workers" or freelancers — about one-third of the entire workforce, according to Sara Horowitz, this year's recipient of the Eugene V. Debs Award.

As executive director of the Freelancers Union, she is building a new form of unionism that helps independent workers acquire benefits and other services, stay networked and have a political advocacy voice. The nontraditional union has 250,000 members nationwide, according to a Debs Foundation newsletter.

Horowitz, who comes from a family with a strong labor background, will be honored tonight at Indiana State University during the annual Debs Banquet.

Noel Beasley, president of the Debs Foundation, said Horowitz is being honored because "she is following directly in the footsteps of Eugene V. Debs himself. Sara has a vision that freelancers can enjoy the same security and benefits that traditionally employed workers have and yet still can keep their dreams to work independently and on their own terms. Sara has brought together many thousands of autonomous workers and inspired them to join an organization that fights for their collective good and takes a stand against a system that excludes them. I know Gene Debs would very proud of her work."

Winning the Debs Award "is really a huge honor," Horowitz said in an interview. "Eugene V. Debs is an American hero who pioneered new thinking about how to be an individual and citizen in our society and recognizing the important role unions play in making the democracy and economy better."

She met with ISU students Friday and talked about the changing economy and workforce; she welcomed students' questions and comments.

The number of freelancers, independent contractors and those who work project-to-project "is really changing the way we think about work," she told students. The traditional job with a 40-hour work week, regular paycheck and benefits isn't as prevalent as it used to be.

While some say that's terrible, others see it as an opportunity to work differently, with more flexibility, and to place a higher priority on the things they care about. But because independent workers don't have the same benefits, legal protections and security that traditionally employed people do, it's important to find new ways to offer benefits and security — something Freelancers Union seeks to do, she said.

She pointed out that independent contractors aren't eligible for such things as unemployment benefits and they don't fall under the National Labor Relations Act.

Freelancers Union is not a traditional union in the way it is structured, she said. "We're a nonprofit. We don't do collective bargaining because our members are all over" and do many different types of work, she said. People can voluntarily join the organization, which also does advocacy and conducts studies. Freelancers Union just completed a study about the new workforce, and it's about to come out with a study on the best cities to freelance.

The Freelancers Union has a newsletter and blog and can bring members together online, where they can form subgroups with other freelancers in an area. The organization is open to any kind of freelancer. "We provide health insurance, dental, disability, life and retirement," she said.

Members don't pay union dues, but they do pay for services.

Freelancers Union partners with groups, including a business that places freelance work. It helps create stability through networks and shared knowledge, and it also provides training. There are skills successful freelancers need, including knowing how to market themselves, do financial planning and manage their time, she said.

Allison Duerk, an ISU political science major, was grateful to have the opportunity to interact with Horowitz. "She has so much experience and she's outstanding in her field," she said. Duerk also is glad to see a woman recognized with the Debs Award.

She has appeared in The New York Times, Wall Street Journal, The Economist, Wired and Fast Company; PBS's NOW and NewsHour; and National Public Radio's "Talk of the Nation" and "All Things Considered."

Sara Horowitz, executive director of the Freelancers Union, reacts to being named this year's Debs A