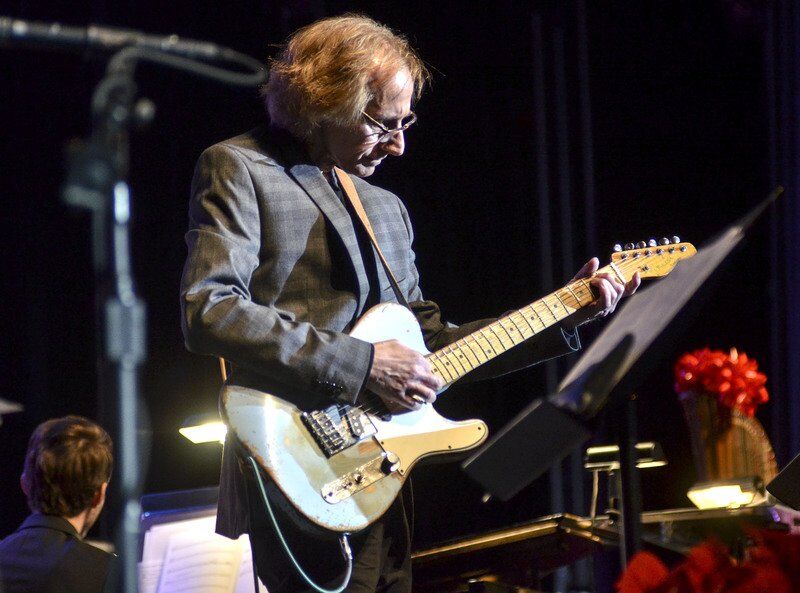 Tribune-Star file/Austen LeakeDoing what he loved: J.T. Corenflos, a legendary guitarist, plays at the Terre Haute Symphony Orchestra for their Christmas concert on Dec. 7 2019. 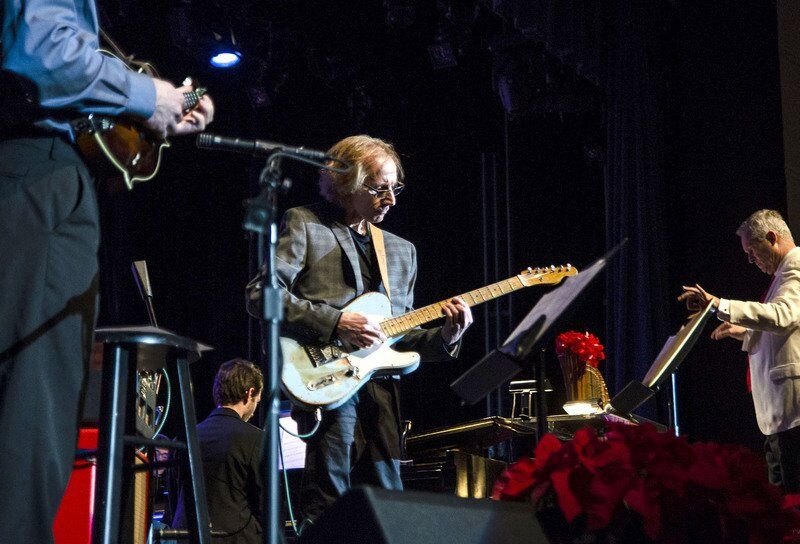 Tribune-Star file/Austen LeakeDoing what he loved: J.T. Corenflos, a legendary guitarist, plays at the Terre Haute Symphony Orchestra for their Christmas concert on Dec. 7 2019.

His music will be heard long after his death Saturday night. Corenflos died in Vanderbilt University Hospital in Nashville, after coping with a lung disease for several years, his longtime girlfriend, Annabeth Robinson, confirmed Sunday afternoon. Corenflos was 56.

Throughout my career I have had the privilege to work with some of the most amazing musicians on the planet. JT embodied everything country music was and certainly everything that the Nashville sound was about. He was a soft spoken genius that let his fingers do all the talking. He has played on countless records of mine and many times turned a good song into something unique and special. And at the end of the day, he made big old hit records. For most of the time I knew JT, he was battling health problems related to the hand he was dealt. Talk about a fighter. Some days he could barely pick his guitar up. But when he played. He played like it was his last time and for everyone in the room it was a beautiful thing to watch. His sound and style was so authentic and that’s why myself and so many other artists and songwriters are hurting. He lost his battle but what an amazing legacy. I challenge my fans and country music fans to spend a little time researching some of the tracks and hit records he has played on throughout his career. You will be amazed. I have put a few of the ones he has been a part of with me here. God bless you JT Corenflos. I love you buddy. You will be missed.

The Terre Haute native performed on nearly 75 No. 1 singles on the Billboard Country Music charts and hundreds of other songs and albums, spicing up the music of headliners such as Tim McGraw, Alan Jackson, Luke Bryan, Toby Keith, Martina McBride, George Strait, George Jones, Carrie Underwood, Rascal Flatts and dozens more. Rockers’ recordings benefited from Corenflos’ guitar licks, too, including the Doobie Brothers, Bob Seger, Sheryl Crow and others.

As Corenflos said in a Tribune-Star interview last year, his job was to conjure catchy guitar lines in the studio that help turn a singer’s song into a hit. “A lot of times, they just play [the basic song for studio musicians] and go, ‘There you go, boys. Just do your thing.’”

Corenflos delivered on such demands so expertly that he earned the Academy of Country Music Guitarist of the Year award in 2012 and 12 other nominations for that honor. On those recordings, he added “so much soul and came up with those licks and guitar sounds so quickly, and played guitar so effortlessly,” Robinson said. “It came from within.”

Even as he dealt with health issues, Corenflos played guitar in a Nashville session as recently as Sept. 30. “He wanted to do that, right up to the end,” Robinson said.

Thank you for making these songs so special pic.twitter.com/1DOHnN4bbF

“I was surprised how many people showed up -- people you never would expect to see in a symphony hall,” Corenflos said in December.

Those hometown shows meant much to Corenflos, who left Terre Haute at age 18 to pursue a music career in Nashville and graduated from Terre Haute North High School later that year.

“He definitely wanted to do that [symphony concert],” Robinson said.

Corenflos and Robinson spent most of 2020 in the isolation of their beach-side home in Florida, rather than their Nashville home, to avoid the COVID-19 coronavirus pandemic. The couple, together for 10 years, co-wrote a trio of songs in that time, with J.T., his 23-year-old son, Jacob, and friends playing instruments on demo recordings.

His spirits remained strong. “He’s been in chronic pain ever since I’ve known him,” Robinson said, “but I’ve never heard him complain once.”

Corenflos was hospitalized with pneumonia last month, rebounded but then returned to the hospital In Nashville, she added. Many family members and friends visited the hospital, as possible, under pandemic restrictions.

“He is very much loved,” she said.

Among Corenflos’ longtime friends is Terre Haute singer-songwriter-guitarist Marc Rogers, who’d already become a Nashville session and touring musician when he introduced a young J.T. Corenflos to the famed Music City in the early 1980s. Their fathers played in popular Terre Haute country bands, too.

“It seems like just yesterday I was taking him to Nashville with me, along with his pocket full of dreams,” Rogers said Sunday. “What a privilege it was for us to watch him fulfill those dreams the last 39 years.”

Their music ventures loom large in Rogers’ memories, but so does the recollection of hearing Corenflos’ knock at the door to share dinner and conversation with Rogers and his wife Barbie.

“He was beyond special,” Rogers said.

J.T. Corenflos... JT was one of the best telecaster string benders I’ve known. It was JT that played that opening infectious guitar lick on PLAY SOMETHING COUNTRY. He was a joy to work with and be around. He was a humble, patient and kind man. He will be missed. RD pic.twitter.com/F9Dl9XdycF

Don Morris was teaching guitar at the Conservatory of Music in Terre Haute in the 1970s when Jerry Corenflos brought his 10-year-old son, J.T., in for lessons. Morris, an accomplished guitarist and frontman for popular bands for decades, asked the youngster to play something. Corenflos plucked a spot-on rendering of the Doobie Brothers’ “China Grove.”

“I actually stopped him twice so I could learn from him, [saying], ‘Do that again. How’d you do that?’” Morris recalled, posting the memory on social media Sunday. Morris told J.T.’s dad and the Conservatory crew, “I can’t teach this kid anything. He’s 10 times better than me right now.”

They became friends and after Corenflos earned iconic status in Nashville, he’d come back to Terre Haute and sit in with Morris’ band at the lively Boston Connection. “A true gentleman with tremendous talent,” Morris said.

Corenflos was inducted into the Wabash Valley Musicians Hall of Fame in March, and in 2015 received North High School’s Polaris Award, which honors distinguished alums.

Corenflos is survived by his son, Jacob; sister, Cathy Hunt; brother, Steve, and extended family. Services were pending as of Sunday afternoon.