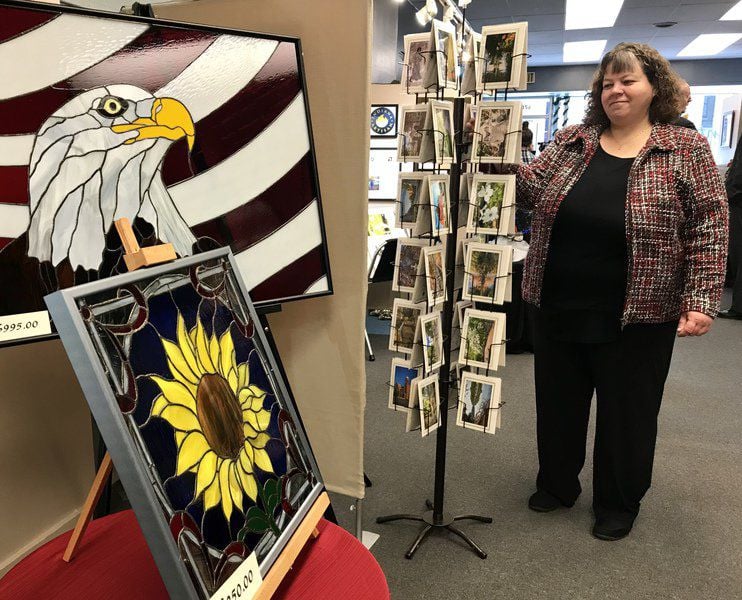 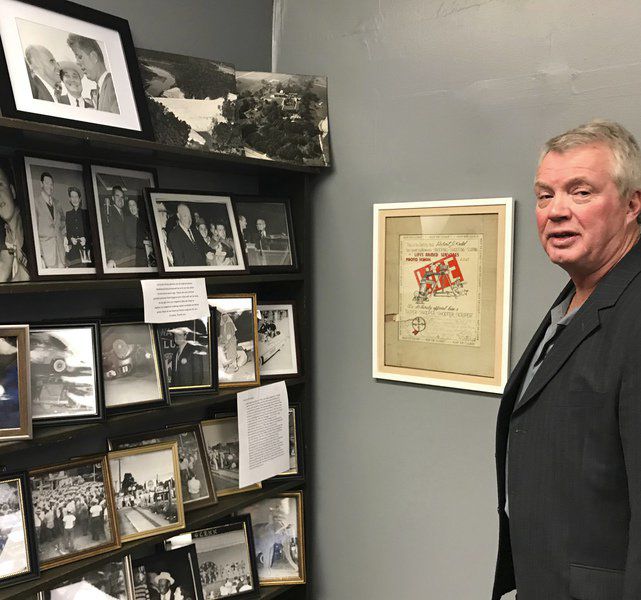 Tribune-Star/Howard GreningerOriginals: Kent Kadel shows off some photographs that his father, Robert Kadel, took between the 1940s and 1990s. The photos are available for purchase in the back of the new Studio twenty 9 store on Wabash Avenue.

Tribune-Star/Howard GreningerOriginals: Kent Kadel shows off some photographs that his father, Robert Kadel, took between the 1940s and 1990s. The photos are available for purchase in the back of the new Studio twenty 9 store on Wabash Avenue.

What started as an interest in a Terre Haute farmers market has sprouted two off-shoot downtown businesses for Jessica Fields.

First, it was Campbell Creek. Now, her newest venture is Studio twenty 9, which opened Thursday at 671 Wabash Avenue, the location of the former River Wools. It is an upscale artisan shop.

“I thought we would try something a little higher end,” said Fields, who is a lecturer at Indiana State University and pursuing a doctorate degree in anthropology.

“You can get lip balm for $1. You can buy soap for $4 and you can buy a piece of jewelry for $500. At Studio twenty 9, it is really higher end. The pottery will go for $200 a piece. We have some artwork that goes for $1,000. It is still local artists in a four-county area but it just a little more expensive.

“We still have some things, cards and things like that, that are $10 to $12 so students can still come in and shop and buy things. People in the community can still afford to shop at both Studio twenty 9 and Campbell Creek,” Fields said.

Fields started with J&J Nursery at her Riley home in 2010, which expanded into the Terre Haute Farmer’s Market.

Then in 2016, she expanded into Campbell Creek, near the intersection of Wabash and Fifth Street, near Cory’s Fine Footwear.

“The farmers market started out sort of as a fluke. We had been selling some items out of our home and then we were able to sell at farmers market. Then the property [at Fifth and Wabash] became available, and we were looking to expand. So for Campbell Creek, it was the perfect fit for us.”

Fields started with 15 artisans in a four-county area, and now has 25 artisans at Campbell Creek.

“I was looking to expand Campbell Creek. I had a waiting list and this building on Wabash Avenue became available, and I thought we would do something a little higher end and give local artists a place to display their works,” Fields said.

The name of the new business designates it as a studio, being more contemporary than Campbell Creek. The twenty nine is halfway between the birth dates of her grandparents.

“My grandfathers were both born in 1926 and my grandmother was born 1931, so I went halfway in the middle and came up with 29, so it is in honor of my grandfathers and grandmother,” Fields said.

“I would love to see more of these shops downtown,” Pence said. “I think that is how we are going to grow. People want those specialty products and it is smaller spaces, versus the big empty spaces on the south end” of Terre Haute, Pence said.

“Everything went away from downtown and to the big box stores. They say everything comes back around, and I think we are starting to see that now,” Pence said.

In the back of the studio are original photographs from Robert Kadel dating from the 1940s to the 1990s. Kadel photographed nine U.S. presidents, starting with Franklin D. Roosevelt.

“He took photos for the Terre Haute Star, AP, Reuters and others. He photographed over 50 Indy 500s,” said his son, Kent Kadel, who owns the building which houses Studio twenty 9. “I made it my mission to rent the whole building out and take care of my family’s legacy. These are all original” photos in the store.