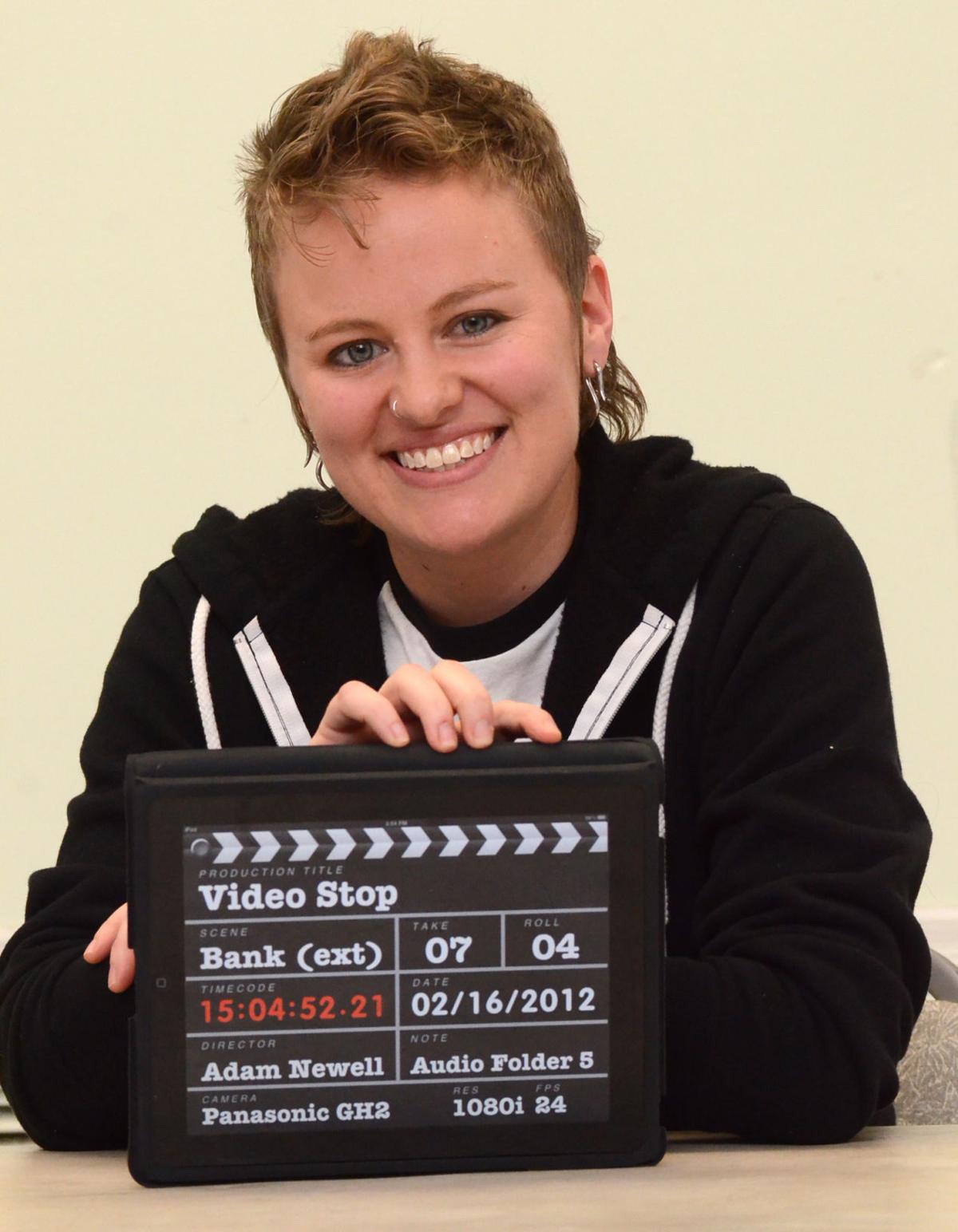 Tribune-Star/Jim Avelis Action: Emily Wood poses with her I-pad, showing the modern version of a clapperboard. Wood produced the movie Video Stop, scheduled to be shown in the State Museum IMAX theater. 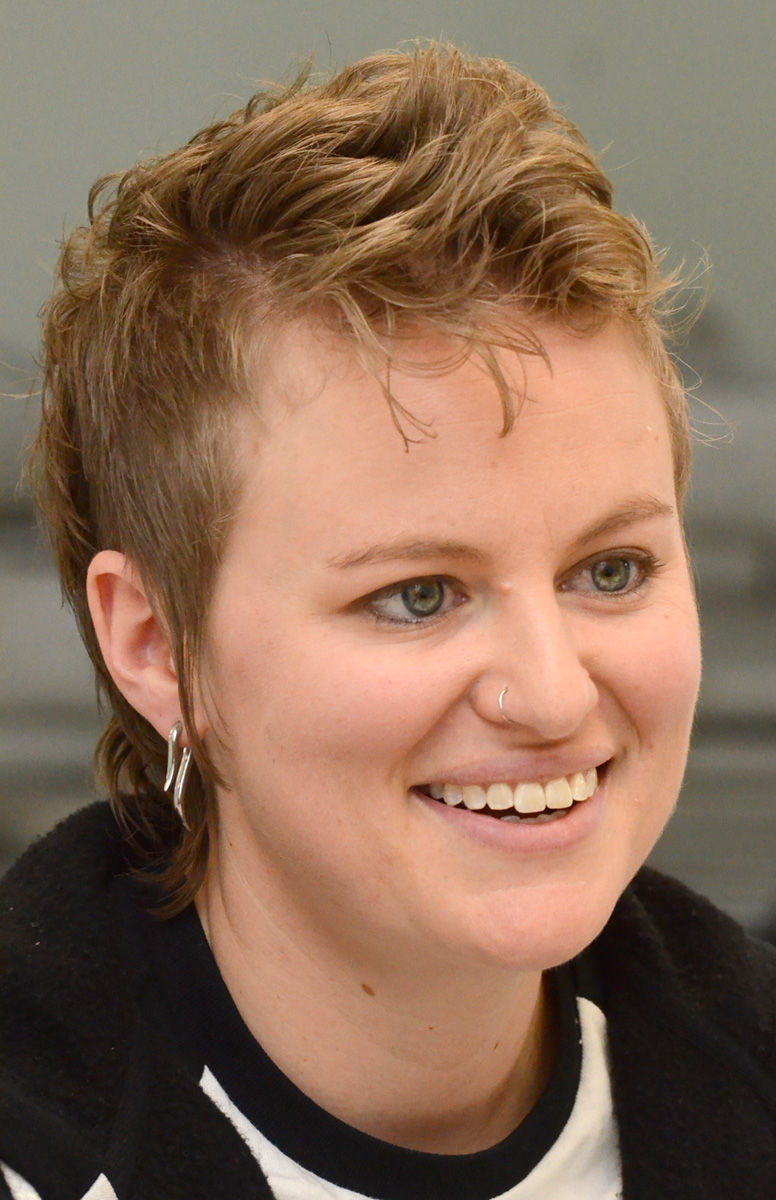 Tribune-Star/Jim Avelis Action: Emily Wood poses with her I-pad, showing the modern version of a clapperboard. Wood produced the movie Video Stop, scheduled to be shown in the State Museum IMAX theater.

Emily Wood tends plants during her day job as a horticulturist at Gilbert Park in Indianapolis. But the 1998 Terre Haute South Vigo graduate is also growing a budding career in film.

Wood, 31, is the producer of “Video Stop,” a 90-minute comedy premiering this evening at the IMAX Theatre at the Indiana State Museum in Indianapolis.

“It’s kind of where my passion lies,” Wood said of film making. She has appeared in three feature length films and has played several roles in more than a dozen other movies.

So far, Wood’s film career has been centered around the surprisingly active independent film industry in Indianapolis.

She has a small role in the film “Video Stop,” that shows at 7 tonight at the IMAX at 650 W. Washington St. in downtown Indianapolis.

More importantly, she served as the film’s producer, which, in independent film, means she did a bit of everything.

Wood was in the drama club at Terre Haute South and also acted while a student at Ball State, where she earned a degree in wildlife science.

Her interest in film didn’t really become serious until she tried out for a role in a movie called “Family Emergency.” She didn’t get the role, but that film’s director, Kehalani Haydon, was impressed and later sought out Wood for a short Civil War film called “In the Blue,” in which she played the lead role.

“After that, I was just kind of hooked,” Wood said Thursday at her office near the four-acre “sunken gardens” at Gilbert Park, which she oversees as an employee of the Indianapolis Department of Parks and Recreation.

“Video Stop” is a movie written by Adam Newell of Indianapolis. He also wrote “Tow,” a film in which Wood plays the lead. “Tow” has received several awards, including “Best Drama” at the 2010 Gulf Coast Film Festival and also took top honors at Skyfest III.

The IMAX Theatre’s website states that “Video Stop” is for “all ages,” but Wood said that’s a mistake. The movie is called a “raunchy comedy” by The Indianapolis Star for a good reason: It’s raunchy. It’s got a lot of adult language and is definitely “not something you should bring your kids to,” she said. The movie is unrated, but would be rated R if it were, Wood said.

“Video Stop” is a film about a group of guys working in a video store and some of their strange adventures. Many scenes are shot in a former video store location in Franklin that Newell’s film company, Grillbust Productions, fashioned to look like the real thing. The video rental store, which is called “Video Stop,” is filled with phony DVDs and even some VHS tapes to give it a very authentic appearance.

So far, most of Wood’s films have been low budget by Hollywood standards. “Tow” cost $3,000 and “Video Stop” cost $18,000. Those figures are essentially “zero” in the world of movie making, Wood admits.

Tickets for “Video Stop” are available at the IMAX box office for $14. If the movie sells out, IMAX will show it again. Otherwise, it’s a one-night-only event, Wood said.

“Hopefully, we’ll get a full house,” Wood said. Her parents, Dave and Debbie Wood of Sullivan, will be attending the premier and Wood has spent a lot of time preparing them for what they are about to see.

“I’m really embarrassed to watch it in front of them,” Wood said smiling. “I’ve already told them, I’m not going to sit with them.”