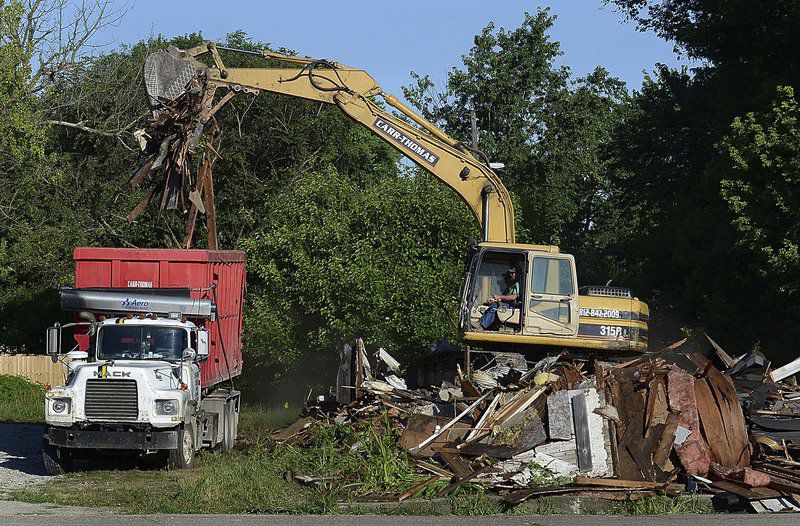 Tribune-Star/Joseph C. GarzaDemolition and revitalization: Chris Carr of Carr-Thomas Construction places rubble from the former Jimmy D's Tavern on Washington Street in Shelburn into the back of truck for removal on Thursday. The demolition of the building is part of the town's effort to improve the town's center for economic development. 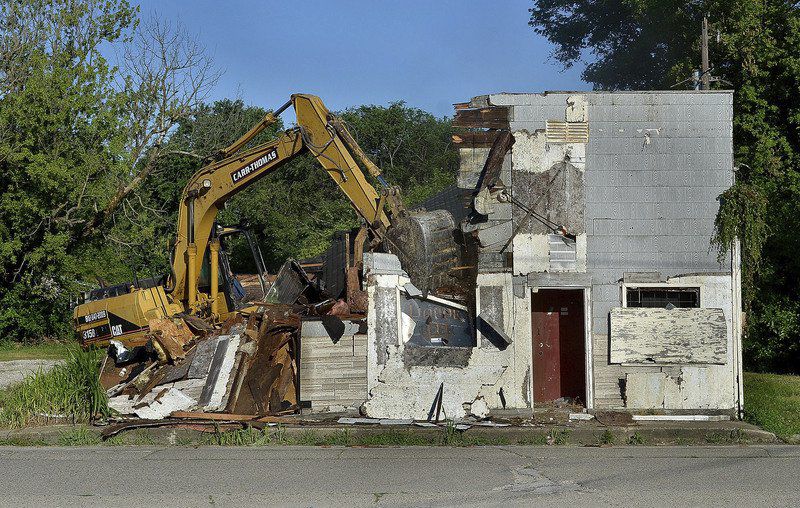 Tribune-Star/Joseph C. Garza Out with the old: Chris Carr of Carr-Thomas Construction operates an excavator to knock down the former Jimmy D's Tavern on Washington Street in Shelburn on Thursday. The demolition of the building is part of the town's effort to improve the town's center for economic development. 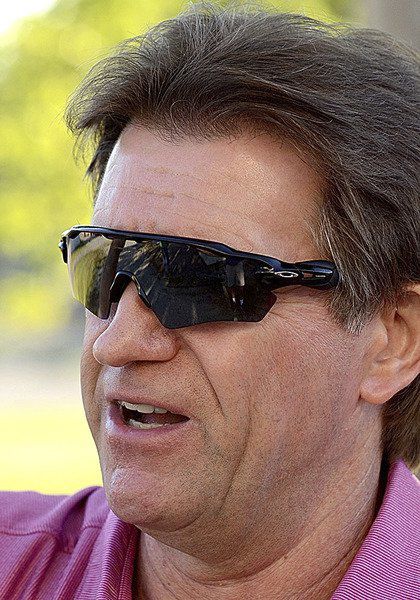 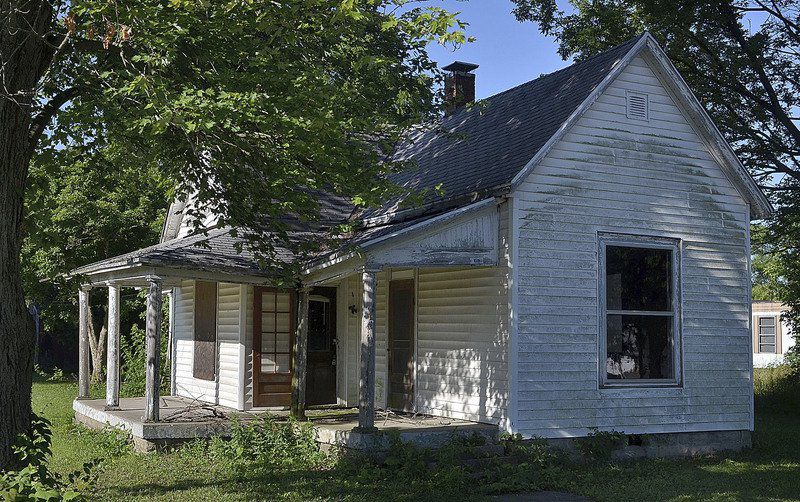 Tribune-Star/Joseph C. GarzaScheduled for demolition: This home at 303 West Griffith Street is scheduled to be demolished by the town of Shelburn as part of the town's revitalization project.

Left vacant for over a decade, the former Jimmie D's Tavern in Shelburn crumbled under the outstretched arm of an excavator Thursday.

Its demolition is part of a plan to revitalize the small town with a population of about 1,250 in Sullivan County.

Jay Southwood, 59, clerk/treasurer for Shelburn, said the town this year will spend about $100,000 from its share of a higher local income tax, increased last year by county officials. The town has seen about $250,000 more in income from that tax increase, he said.

"I promised people who live here that if (county officials) raised that tax, I will show what you can do," he said. "This time last year we were just twiddling our thumbs, we didn't have money to take that (former tavern) down. I don't think anybody in this town would argue about getting rid of that nasty building and other junky houses."

The town was able to obtain the former tavern property from Sullivan County Commissioners after it failed to sell in prior property tax sales. The property had been abandoned for about 15 years, he said.

Carr-Thomas Construction of Linton was selected to demolish the former tavern at 16 North Washington Street, costing the town nearly $6,900. That company will also tear down an abandoned home on West Griffith Street.

Southwood said the town is in the midst of obtaining eight additional properties to demolish abandoned homes by the end of this year. The town then hopes to encourage contractors to build new homes on that land, returning them to tax rolls, Southwood said.

Next to the former tavern is a white-painted brick building that once served as a gasoline station. Shelburn was able to obtain a grant through the Indiana Brownfields Program to have underground fuel tanks removed. Next the town is working to restore the former station for potential commercial development, such as a mechanic's shop.

"If we don't get somebody in it, we will just clean it up and repaint it. Next year we will pave around it. It used to have a concrete apron, but when the (underground fuel) tanks were removed, they demolished the concrete," Southwood said. "We can make it look like an icon, if nothing else, like an old gas station again."

For the former tavern lot, Southwood said the property could be marketed for development or remain as green space. "The main thing was just to get that tavern down. It was a fire hazard and a health hazard," he said.

Shelburn has already restored the historic Terre Haute Indianapolis and Eastern Traction Company Interurban Depot, built about 1911, renovating that in 2016/2017.

The town in 2018 began marketing it for use as a restaurant. No business as yet has moved into the renovated building, and efforts to achieve that came to a halt amid the COVID-19 pandemic, Southwood said.

Also in 2018, environmental cleanup was done on a former plastics factory laboratory on property that Shelburn officials hope to develop into a recreational space. The U.S. Environmental Protection Agency removed hazardous substances from the former Hagen Manufacturing site at 22 E. Mill St. in downtown Shelburn.

"We are resurrecting our park board. Once they get a five-year master plan in place, that qualifies them to go out and seek grants," Southwood said. Some local income tax dollars will be used to help match grant funds for park improvements, he said.

Shelburn also will use a state Community Crossing Grant, which was more than $497,000 matched with about $167,000 from the town, to pave roads this year.

"I was born and raised here and have just watched the town decline over the years. The town never had that extra money to do these things and now that we have that, it is time to do it," Southwood said.

"I am hoping it instills in other property owners  ... (who) maybe thought about leaving, they will say the town now looks like it is trying to take itself back, and (those property owners) will stay, and it may encourage other people to build here."

The town of Shelburn on Friday began demolition of a second downtown structure, part of its improvement and beautification plan that includes creating a new park.