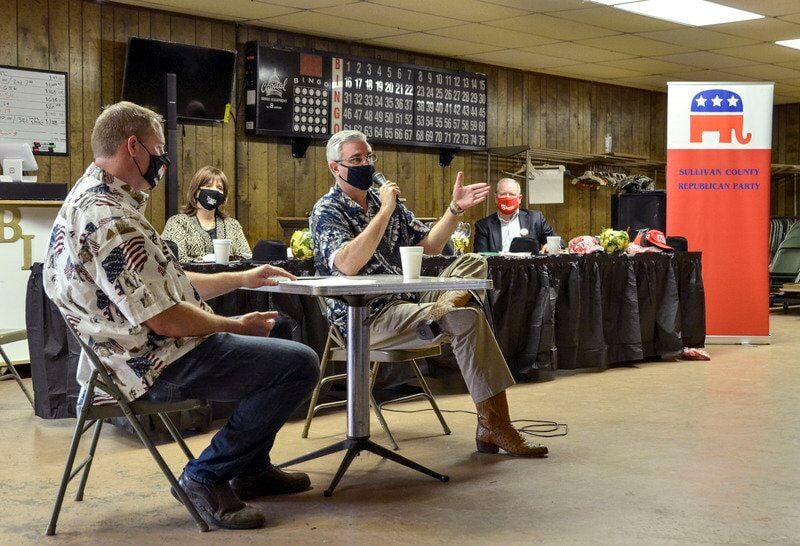 Tribune-Star/Austen Leake How we bounce back: Gov. Eric Holcomb outlines the state’s plan to get back on track after COVID-19 hampered the global economy during the Sullivan County Lincoln Day event in Shelburn on Saturday. 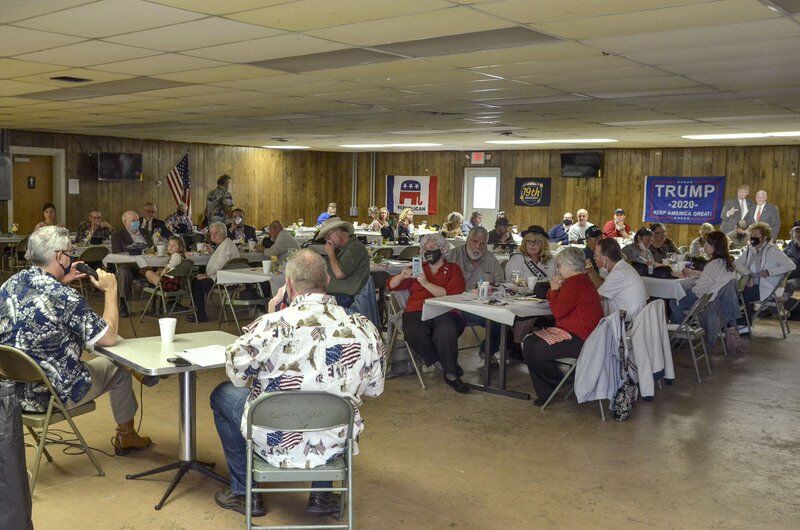 Tribune-Star/Austen Leake Supporting their Governor: A crowd of about 75 gathered at the Shelburn Community Center for the Sullivan County Lincoln Day event on Saturday, where Gov. Eric Holcomb spoke. 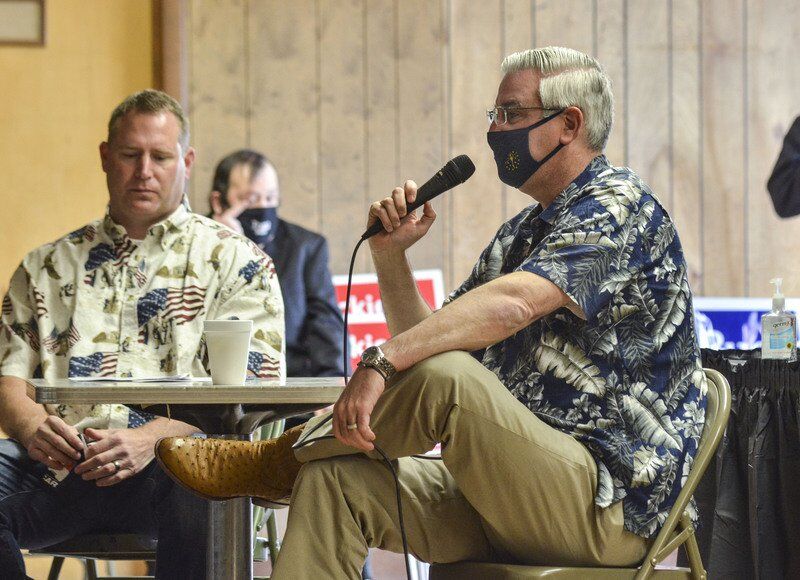 Tribune-Star/Austen Leake Where he stands: Gov. Eric Holcomb speaks during the Sullivan County Lincoln Day event in Shelburn on Saturday. 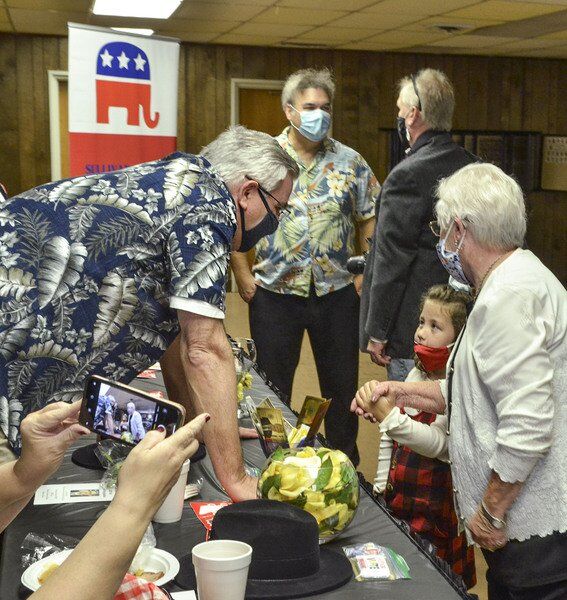 Tribune-Star/Austen Leake How we bounce back: Gov. Eric Holcomb outlines the state’s plan to get back on track after COVID-19 hampered the global economy during the Sullivan County Lincoln Day event in Shelburn on Saturday.

Tribune-Star/Austen Leake Supporting their Governor: A crowd of about 75 gathered at the Shelburn Community Center for the Sullivan County Lincoln Day event on Saturday, where Gov. Eric Holcomb spoke.

Tribune-Star/Austen Leake Where he stands: Gov. Eric Holcomb speaks during the Sullivan County Lincoln Day event in Shelburn on Saturday.

Indiana Gov. Eric Holcomb was making the rounds Saturday as part of his re-election campaign and made one of his stops at the Sullivan County Republican Lincoln Day event in Shelburn.

Some 70-plus turned out to see the governor and hear his platform and plan for building on his past four years in office.

Chief among the concerns of most is the state's handling of and recovery from damage wrought by COVID-19. As of Saturday, Indiana has had nearly 146,000 positive cases and 3,685 deaths, according to the Indiana State Department of Health.

And while Holcomb's opponents — Democrat Woodrow "Woody" Myers and Libertarian Donald Rainwater — have criticized him as being too lenient and too strict in his handling of the virus, he says the measures his administration has implemented are rooted in the best available information.

The state, save select essential businesses and services, was shuttered in March to control spread on the novel coronavirus. From there, it was reopened in phases as it met specific metrics concerning community spread and positivity rate among new tests.

Holcomb announced in the last week of September the state was moving into stage five. Some critics knocked the governor for moving forward despite a marked uptick in statewide cases while others decried his extension of the state's mask mandate.

Holcomb said Saturday that he only ever took the steps he and his team felt were in the best interest of public health and safety.

"The restrictions are there to help control and hopefully slow the spread," Holcomb said. "And that is dependent in large part too in Hoosiers practicing good behavior and actions.

"Ultimately it is up to us all. And we [the state] will doing everything we can to make sure our capacity to care — whether it's ICU beds or negative airflow rooms, ventilators, PPE, you name it — that those resources are available to those on the front lines and those in need of care.

"Slowing the spread comes down to each and every one of us, and that's where the state of Indiana will be at as long as COVID-19 is at us."

K through 12 and higher education throughout the state will again be a focus of Holcomb's if he is given a second term, he said.

Holcomb said he is adamant about protecting and growing the state's education funding in an effort to best the efforts of competing states.

"Education is a foundational investment that makes, I think, everything else more expensive if you fail to get that right," Holcomb said.

Holcomb said that while he's proud of the work Indiana has done with infrastructure and employment, he wants to see those some results in education.

"We're number 1 on all the lists that make us so attractive to invest," Holcomb said. "But imagine if we were also the smartest and healthiest state in the country? If we become number 1 on those two lists — Katy, bar the door — not even the sky is the limit."

Holcomb said Indiana has made strides in the preceding months to drive back down its unemployment numbers — from a high of more than 17% earlier this year.

But said additional work, if given a second term, is needed to ensure Hoosiers have the ability to both find work and then "skill up" and find higher-paying, higher-skilled work.

"I'm more than passionate about [workforce development], I'm obsessed with it," Holcomb said. "I said this a couple years ago, but it's not the defining issue of the day, but the decade.

Through the state's Next Level jobs programs, Holcomb said more than 10,000 Hoosiers have "skilled up" and filled in-demand, high-wage jobs around the state — helping them earn larger paychecks and open new doors of opportunity.

He said Indiana must continue developing a workforce for tomorrow if the state is going to stay competitive in attracting new business.

"The future of work, the workplace and the future of the worker is changing as we speak," Holcomb said.

"And so being able to be agile and being able to adapt to our new reality and to the skill sets that are needed puts us in a position to really shoot out front."