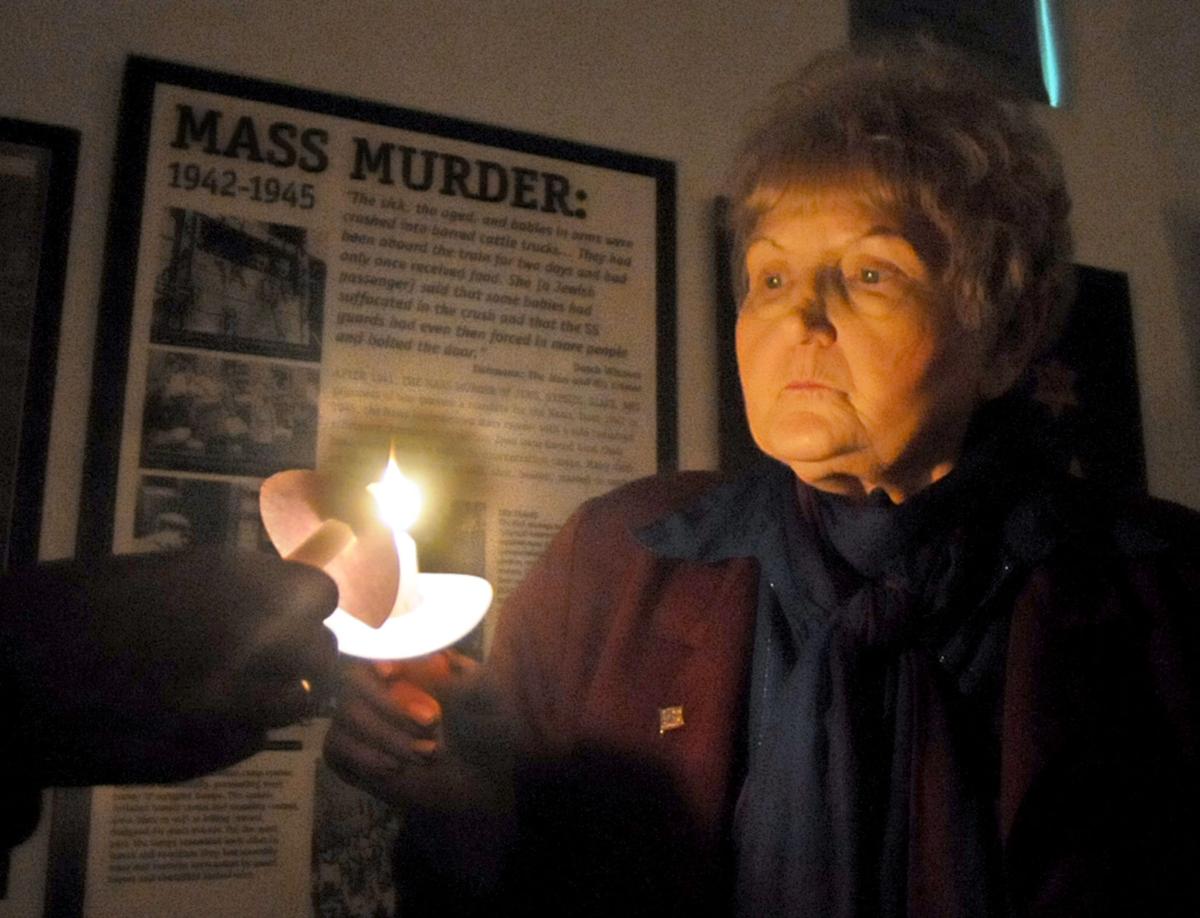 Tribune-Star/Bob Poynter Candle: Eva Kor lights a candle during Saturday's ceremony at the Holocaust Museum marking the tenth anniversary of the fire that destroyed the building. 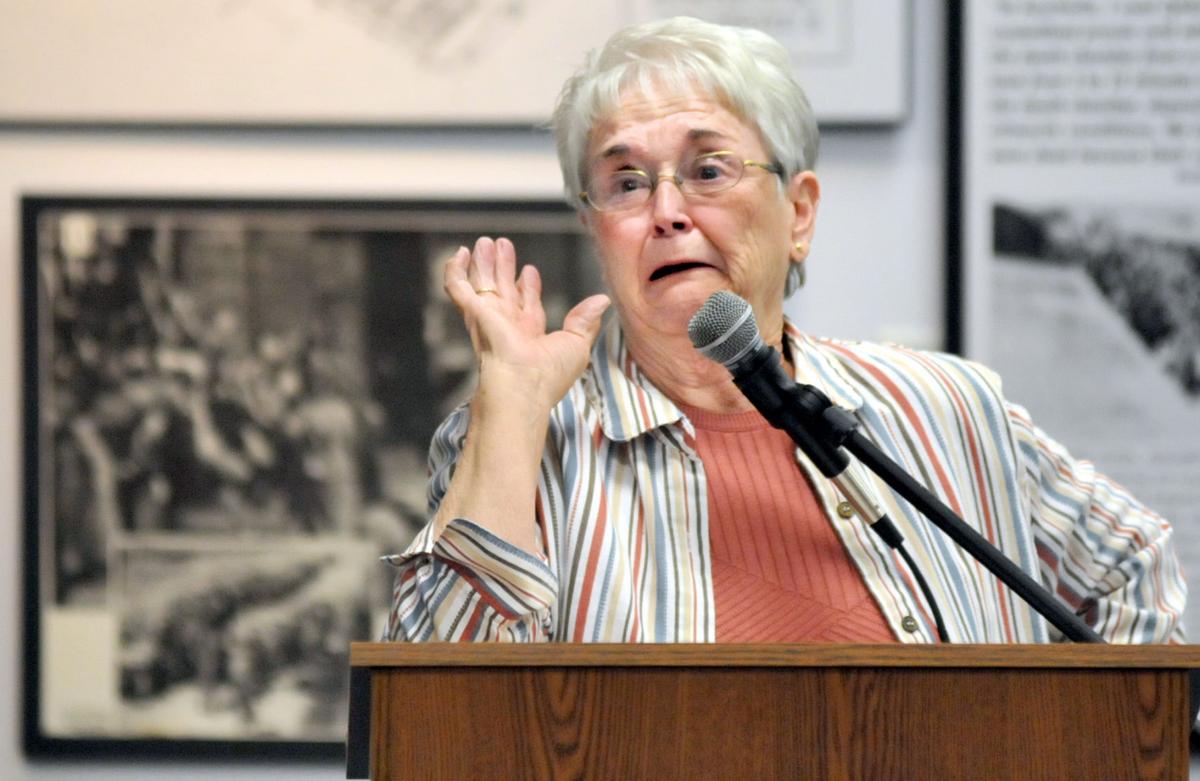 Tribune-Star/Bob Poynter Emotional: Mary Wright gets emotional as she tells her story of receiving the call that the Holocaust Museum had been destroyed by an arson fire.

Tribune-Star/Bob Poynter Candle: Eva Kor lights a candle during Saturday's ceremony at the Holocaust Museum marking the tenth anniversary of the fire that destroyed the building.

Tribune-Star/Bob Poynter Emotional: Mary Wright gets emotional as she tells her story of receiving the call that the Holocaust Museum had been destroyed by an arson fire.

The lights were turned off, and everything was dark.

Light from candles illuminated the darkness inside a Terre Haute museum Saturday during a vigil that aimed to send a message of hope, healing and a reminder that “light prevails over darkness.”

CANDLES Holocaust Museum and Education Center hosted a candlelight vigil at its location, 1532 S. Third St., to commemorate the 10th anniversary of the fire that destroyed the original museum, celebrate the community’s support of the museum’s rebuilding, and to re-dedicate itself to its mission of unifying the community.

On Nov. 18, 2003, museum founder and Auschwitz survivor Eva Kor received a call from police that someone had set the museum on fire. According to a Tribune-Star article, investigators found the words, “Remember Timmy McVeigh” spray-painted on a brick exterior wall.

Kor said that with Saturday night’s event, she wants to show the community that “we did not give up on what the museum stands for,” which is to prevent hatred and prejudice and spread the message of forgiveness.

It was also an opportunity to recognize the community’s support after the tragic fire happened, she said.

“There was an outpouring of support that I did not expect,” she told the Tribune-Star.

Vowing 10 years ago to “use the last penny in my account to rebuild the museum,” Kor said. The museum received many donations from various individuals and groups which made the rebuilding of the museum possible.

At the vigil, around 60 attendees held a lighted candle and formed a ring inside Seligman Hall.

Through the candle, “we are illuminating this dark event [the fire],”  Kor said.

“Wherever there is light, darkness cannot exist, symbolically anyway,” she said.

Executive director Kiel Majewski said the ring “symbolizes our power and responsibility as community members to protect and stand up for any person or institution that is threatened by hatred and violence.”

Majewski, during his remarks at the event, told the crowd that the arsonist, “through a hate-fueled firebomb,” made a statement saying “this community — this world — would be better off without you in it — you and your kind.”

“And through the use of fear, terror and violence, I can control what happens in this community,” he continued to describe the arsonist’s “statement.”

The event also featured speakers such as Kor’s associate, Mary Wright, who shared her memories of the fire and the early days of the museum; Holocaust survivor Magda Brown of Skokie, Ill., who spoke about her community’s response to the neo-Nazi march in 1978; and some speakers from the community.

Eva Kor and her husband, Michael, founded the CANDLES organization in 1984 and established the original museum in 1995. CANDLES stands for Children of Auschwitz Nazi Deadly Lab Experiment Survivors.

The rebuilding of the new museum was completed in 2005.

And even now, Kor stays true to her never-give-up attitude.

“We want to show that even though it happened, we did not give up. We rebuilt it and rebuilt it even better,” Kor said.

Tribune-Star Reporter Dianne Frances D. Powell can be reached at 812-231-4299 or dianne.powell@tribstar.com.