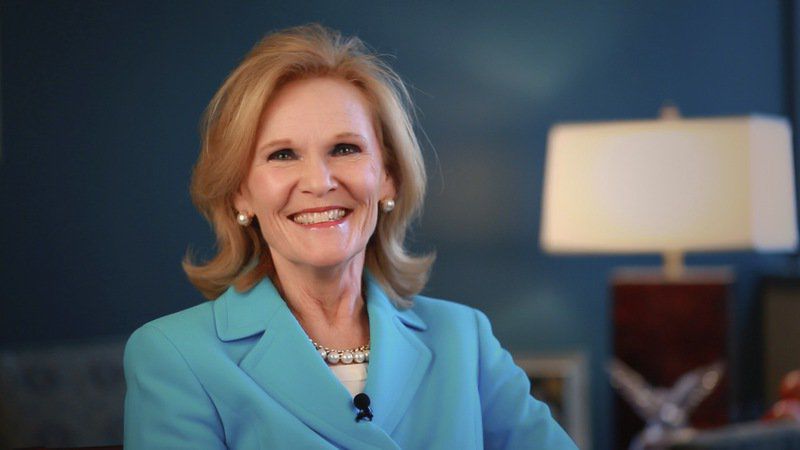 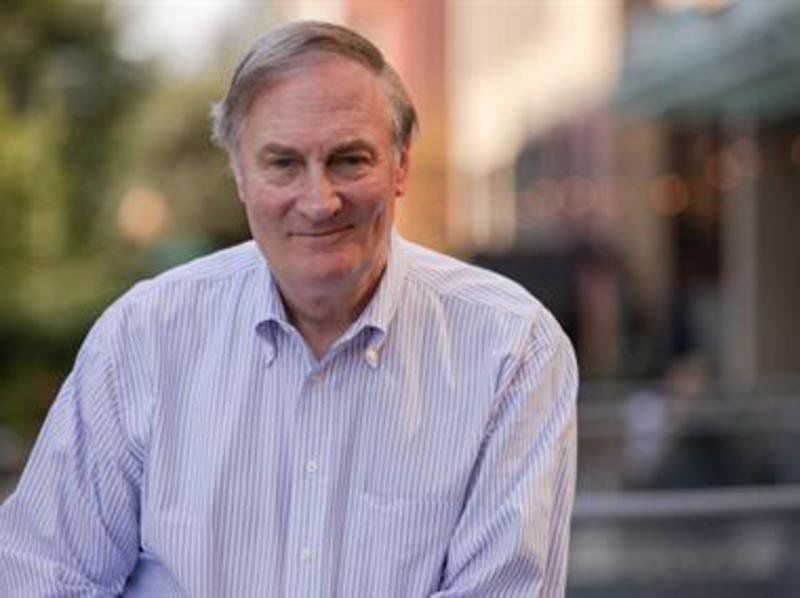 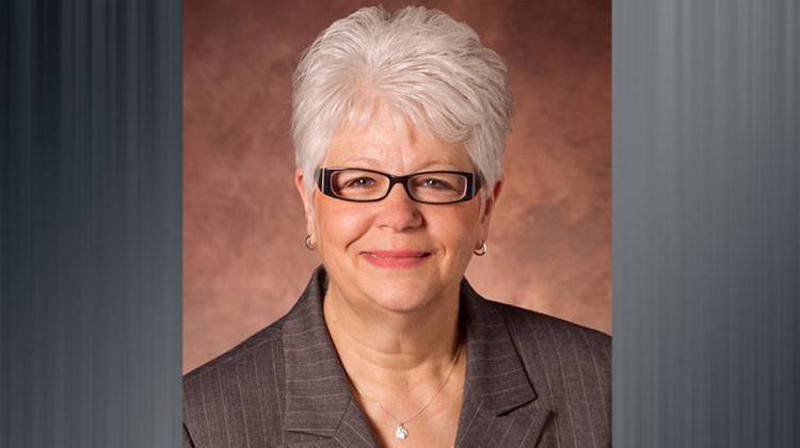 Indiana State University's 2020-21 operating budget, which takes effect July 1, is already down about $10 million from where it was two years ago, primarily the result of fewer students and less tuition revenue.

The university says it has focused on admitting those more likely to graduate.

But at a time when ISU hoped to stabilize and again grow its numbers, the COVID-19 pandemic has created uncertainty and the potential for fewer students, reduced revenue and more cuts.

The recently approved, $185 million budget is based on information from late February, prior to major campus changes that occurred because of the COVID-19 pandemic.

"All of us recognize those [2020-21] budget assumptions undoubtedly may change in the coming weeks as more information becomes available regarding state funding and enrollment," ISU President Deborah Curtis told trustees earlier this month. "Any material reductions in revenue ... will likely result in reduced expenditures as well."

To balance the budget for next year, ISU had to make $6.3 million in internal reallocations that included eliminating 51 vacant staff positions. While no one lost a job, if further cuts become necessary, those decisions "get more and more difficult to make," Curtis said in a subsequent interview.

Higher education in some other states has already experienced cuts in state funding, she said.

Curtis acknowledges the next two years "are going to be incredibly intense years," as the pandemic continues to take its toll. "Our goal is not only to weather this ... but to come out on the other side stable, healthy and moving forward."

While there are many unknowns, Curtis is adamant about a few things. "We will be opening our doors this fall ... the question is what that looks like."

At the same time, "We will meet our financial obligations. We're not going to get into deficit spending. We will meet our budget, which means we craft a budget that fits our revenue," she said.

Teresa Lubbers, Indiana's commissioner for higher education, says the pandemic has created much uncertainty and "the need to do contingency planning for lots of different scenarios ... As I've talk to college presidents and key members of their leadership team, they are stepping into this without a complete understanding of where this is going to take them."

The discussion quickly turns to enrollments and budgets. Public colleges and universities are funded primarily through tuition and state appropriation.

Nationally, speculation is that higher education could experience between a 15 to 25 percent enrollment decline in the fall. "We don't know for sure, but we're getting all kinds of stories about whether this uncertainty is leading to people making different decisions about their fall plans," she said.

Colleges have to plan for best- and worst-case scenarios, Lubbers said.

With the state showing serious revenue shortfalls, public colleges and universities need to plan for potential cuts that could occur with the next fiscal year starting July 1 and the next biennial budget.

Lubbers suggested it's "highly likely" an adjustment could occur for 2020-21.

She pointed to the state's recent announcement that revenues for April were $1 billion below projections, much of it attributed to postponed income tax deadlines. "It's hard to imagine that scenario changing rapidly enough that we wouldn't have to be looking at some restraints on budgets," she said.

With the economic downturn and high unemployment, some students and families may be concerned about whether they can afford college.

The Commission for Higher Education "is working hard to make sure we can preserve financial aid for our students," Lubbers said. Indiana provides a significant amount of financial aid. "We are hoping we won't see cuts in financial aid at time when the need is going to be greater than ever."

Perhaps Terry Hartle, a senior vice president with the American Council on Education, sums it up best.

The COVID-19 pandemic and its ramifications have created "the most uncertain and ambiguous environment for higher education in my career ... and in living memory," Hartle said. "We've never encountered anything like it. "

The country is in the midst of an enormous economic downturn that is already reducing funding for higher education, and the pandemic itself presents major health and safety concerns, he said.

Usually when there is an economic downturn, college enrollments go up, with people going to school to gain skills to improve their prospects in the job market, Hartle said.

In fall 2009, the first year after the great recession, college enrollments went up by 1 million students nationwide, with many attending community colleges that focus on skill-oriented training.

Two things are different this time, he said. One is the suddenness and severity of the economic downturn. "This happened in March, April and May, just as families were finalizing college plans," Hartle said. Now, in many families, one or both parents have lost a job — and maybe even the student as well.

"It changes their financial picture considerably," Hartle said. Some will evaluate whether they can afford college in the fall.

Also different, in 2009, when college enrollment soared, "People didn't worry about whether it was safe to send their kids to a residence hall," Hartle said. Now, with the pandemic, families are worried about students' health.

Federal stimulus funding to institutions could be used to help cover that cost.

In addition, the institutions face increased expenses in responding to the pandemic — for deep cleaning, increased security on empty campuses and increased services in such areas as mental health counseling.

The institutions also "have seen their auxiliary revenue dry up," he said. That might include summer camps, book store sales, facility rental and even parking lot revenue.

ACE recently surveyed college and university presidents nationwide to get a better understanding of how much revenue institutions have lost in the current year. "Based on the responses we received, we think schools have lost at least $45 billion in revenue this year alone," Hartle said.

That amount does not include increased costs, such as the costs associated with moving to fully online learning. Nor does it include revenue losses in the coming academic year.

"Eighty-two percent of presidents project deeper cuts in revenue next year than they have absorbed this year," he said.

Now, the big question residential institutions face is, "Will we be able to open on time and on schedule in the fall? And the answer to that is — nobody knows for sure," Hartle said. "All colleges and universities would like to very much, but it's not clear whether the public health situation will permit it."

"We will all likely put large classes online, and try to craft schedules for students who cannot safely return to school because of high risk. We will also have to accommodate faculty and staff who are at high risk of COVID. So, there will be a lot of online classes, which may be a great outcome in the long run," Hicks said.

But, he added, students taking online classes remotely don’t eat in the dining facilities, pay rent to residence halls or attend athletic events. "This will place challenges before every university," he said.

He foresees every college or university in the U.S. will face and implement some cutbacks. "I expect closures, and I expect many schools to trim both non-academic offerings, such as athletics, as well as programs that do not attract students," he said.

While there are many uncertainties, a college education will continue to be of growing importance to prepare students for the better-paying, high-demand jobs of today and tomorrow, Hicks said.

Ivy Tech to resume in-person instruction for fall, with options

Ivy Tech Community College, Indiana's statewide two-year system, has announced its plans to resume in-person instruction for the fall semester, beginning on Aug. 24. But the system also will offer virtual and online course options to students.

"The focus for the college will continue to be on flexibility and safety for students, employees, and its communities. Should new guidelines from the governor or federal regulations be released prior to the August start date, then adjustments will be made accordingly," Ivy Tech stated in a May 19 news release.

Private college administrators are closely watching fall enrollment numbers. Funds from tuition, fees, and room and board are the primary source of revenue for the vast majority of private colleges. With the unemployment caused by COVID-19, a larger than average number of families may have financial difficulty affording education.