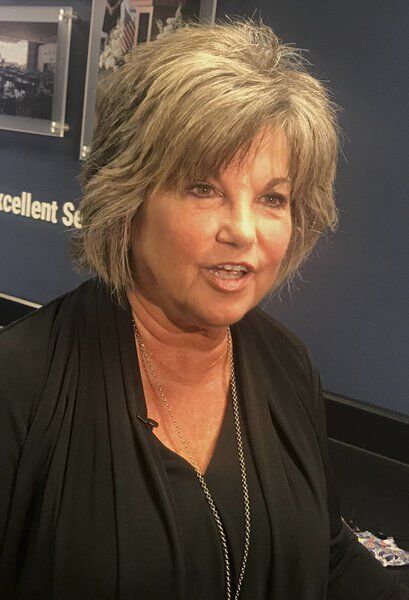 Tribune-Star/Howard GreningerMarla Flowers, director of community engagement for the Terre Haute Chamber of Commerce, is leading progress on a 2025 community plan. 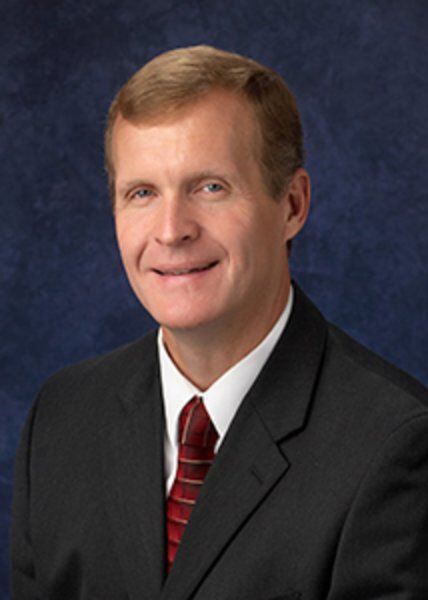 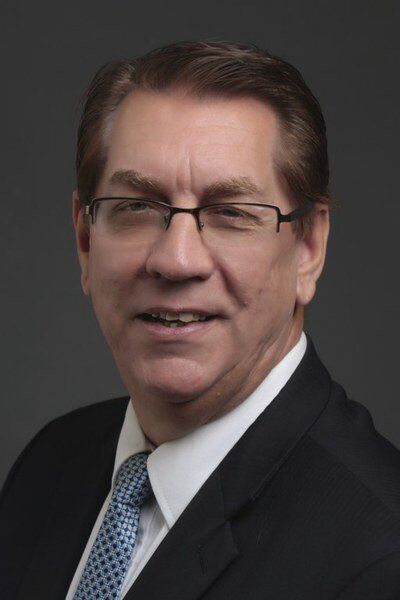 New gateway entrances to Terre Haute, with lighting, and possibly with water features and plants, are among the first things Mayor Duke Bennett said can be accomplished under the “See You in Terre Haute 2025 Community Plan,” which is spearheaded by the Terre Haute Chamber of Commerce.

Bennett and Union Health CEO Steve Holman serve as co-chairs of the 2025 community plan. They and Marla Flowers, the chamber’s director of community engagement, today gave the first update on the plan, which includes a new website featuring a dashboard listing progress.

“We’ve got some plans for I-70 and U.S. 41, some significant plans with lighting and landscaping, water feature and signage. What we do at Indiana 46, I don’t know yet, but [they] will compliment each other,” Bennett said, adding the chamber will be working with officials at Terre Haute Regional Airport.

“The gateways will be similar so they have that same appearance for the community. Then we will do that with some other entrances to the city, but those are the two primary points of contact for people, so we want those to be done first,” the mayor said.

“We will get the Indiana 46 and I-70 gateway done probably within the next year to two years for sure, without any question,” Bennett said.

The plan addresses six areas: economic development, quality of life, talent attraction, health and wellness and infrastructure. In addition, there are two supporting task forces, Community Development and Resource Development. Each is represented by two co-chairs made up of community and business leaders.

The Chamber of Commerce on Thursday launched a web site that contains a dashboard that provides updates on progress toward each of the plan’s goals. That website is terrehautechamber.com/seeyouinterrehaute.

“We believe through this plan we can improve the health status of the community,” Holman said. “Indiana has some of the lowest health status in the entire nation, and the Wabash Valley is right there with that.

“We have pulled a group of health care providers, from behavior health and addition recovery, together here in the chamber, and they have never met together before, so we think some of the things coming out of that are going to be game changing for the health status of the community, improving the health of everyone,” Holman said.

Additionally, Holman said, “Talent attraction for business and getting the appropriate skilled labor here and getting (young adults), as we are in a community with some of the best educational opportunities that exist in the state, to stay here and want to be here — that is what the focus and the outcome of this plan is,” Holman said.

Regarding quality of life, Bennett said development of the Wabash River frontage “will take many years but we want to do some initial things in the first five years. Something you will see is the beginning of a river walk, the construction of a river walk. on the east side of the river.”

Other improvements are a re-use of a now closed arched fountain in Fairbanks Park, the mayor said.

“I have some pretty big visions about that, about how we can create an attraction there that would bring people to the park. I think we can reuse” the fountain, Bennett said.

Other improvements are “probably some updates to the amphitheater, then there will be some things farther down the road connecting to the park or additional things within the park itself. This planning process will take us through what would the community like to see,” the mayor said.

The plan will allow the city to seek state and federal grants, Bennett said, to fund the work, plus the city can tap its EDIT (Economic Development Income Tax) as well.

Flowers said additional momentum is building as students at Rose-Hulman Institute of Technology have undertaken a senior student project to design and build riverfront development plans.

Flowers said the project is being called “the re-imagined riverfront development. It will be within and around Fairbanks Park. It is a prime example of utilizing community resources to enhance quality of life assets in our community,” she said.

Flowers said a chamber plan task force will meet with students within the next week.

Other efforts under the plan include a push for a community-based recovery center, better health care services through tele-health and broadband services and researching city ordinances that can be updated in a unified ordinance code, as well as development of a community asset guide, Flowers said.

Flowers said early successes of the plan includes the designation of West Central Indiana in July as a 21st Century Talent Designation by the Office of Career Connections and Talent, with support from the Indiana Economic Development Corporation and technical assistance from CivicLab.

The designation was created to encourage local governments, businesses, educational institutions, nonprofits, and economic and workforce development partners to create and implement plans to increase educational attainment, raise household income and grow the population in a region.