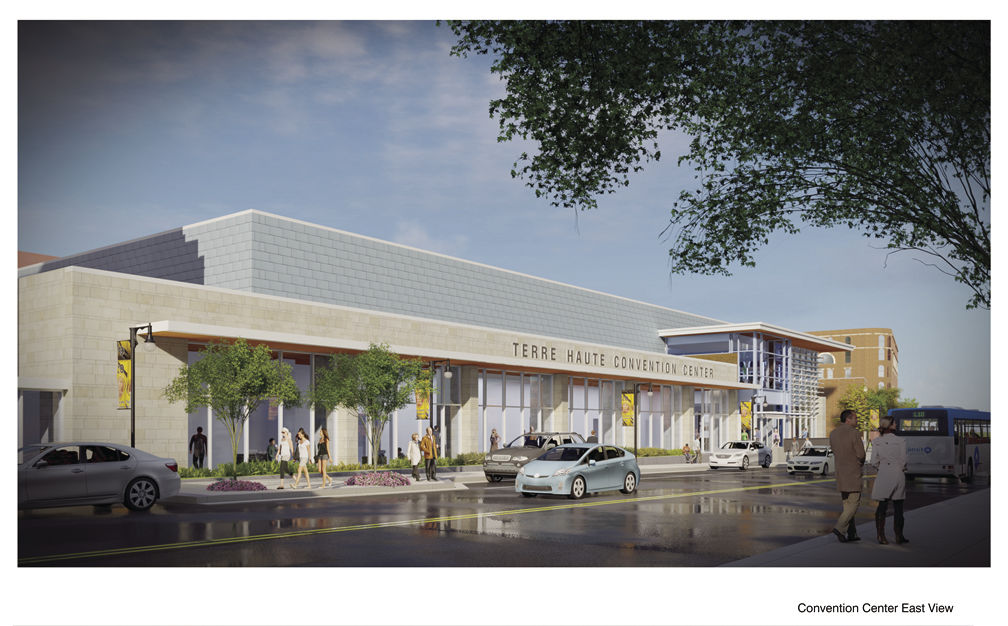 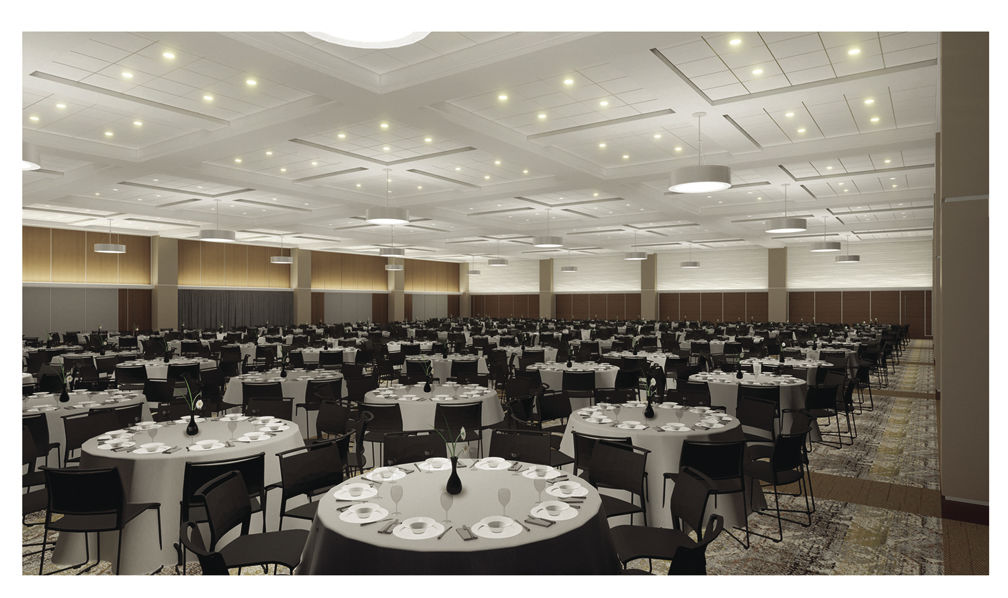 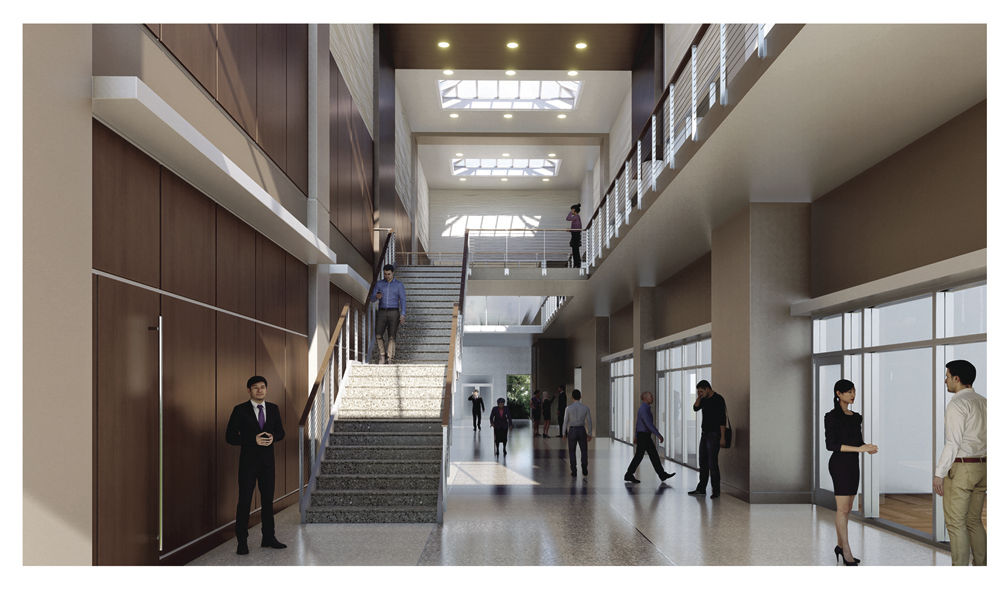 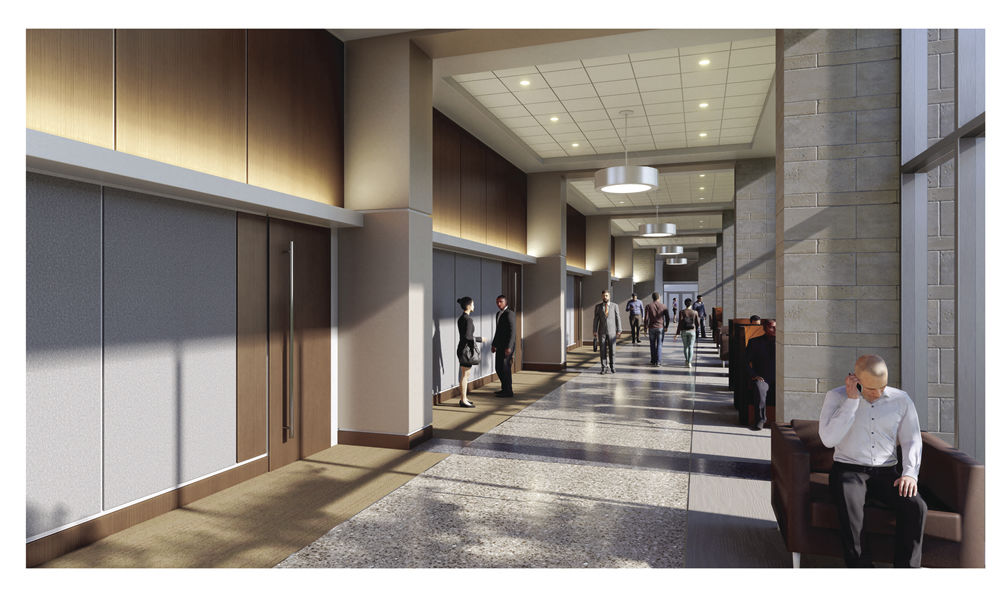 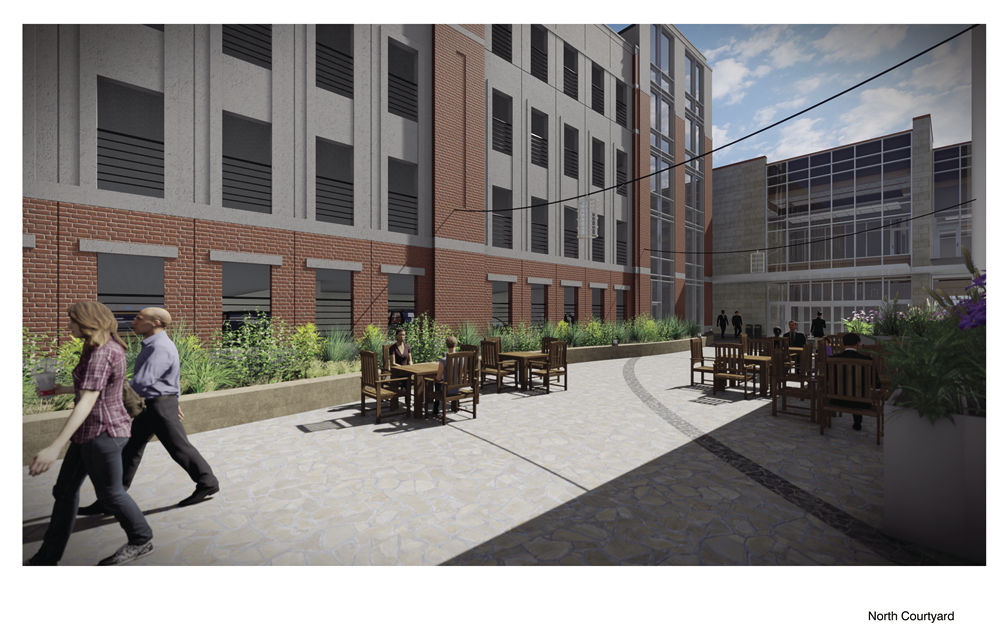 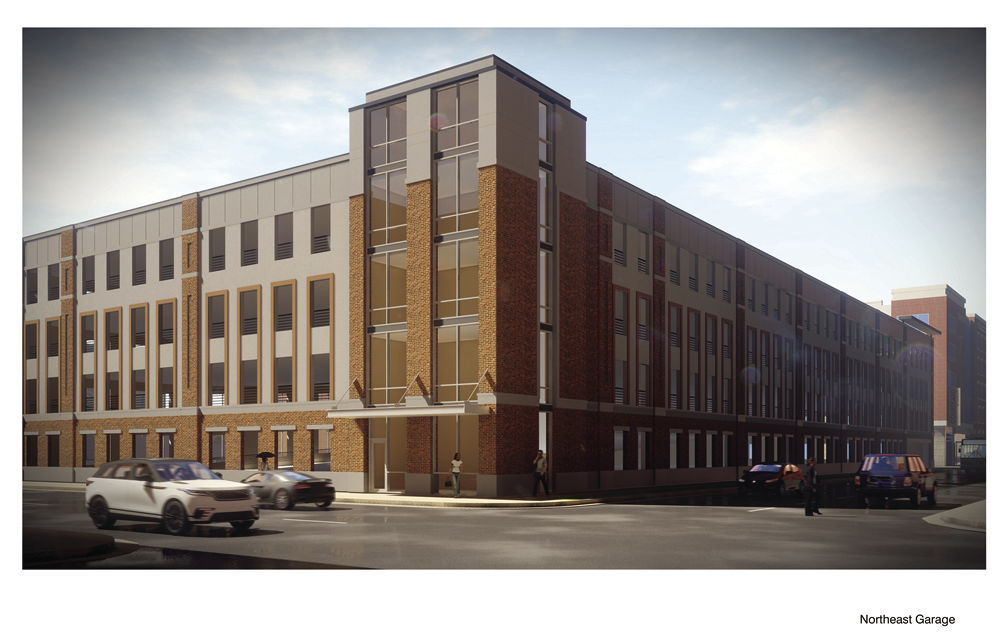 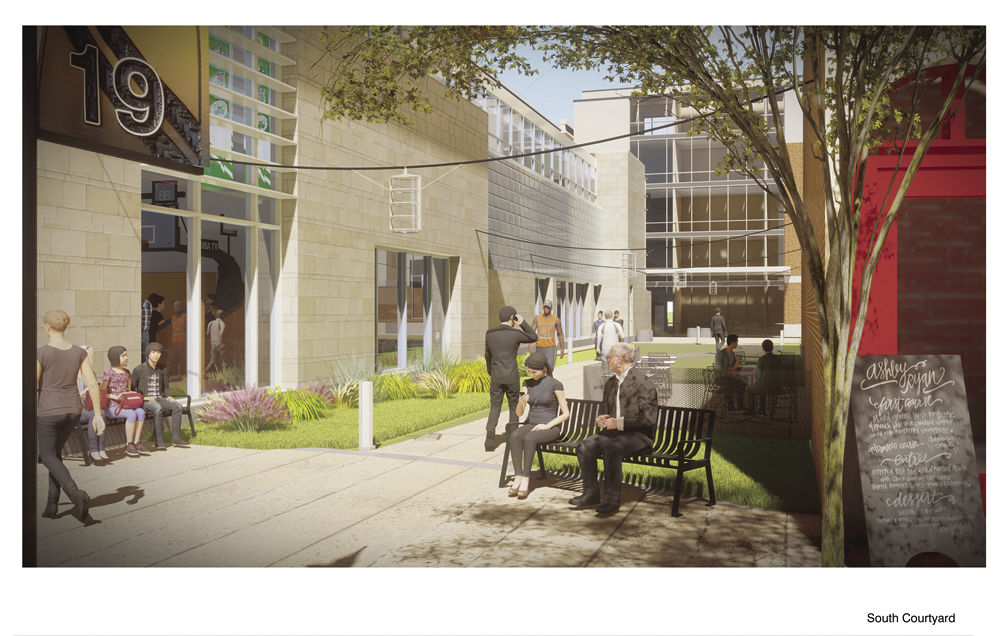 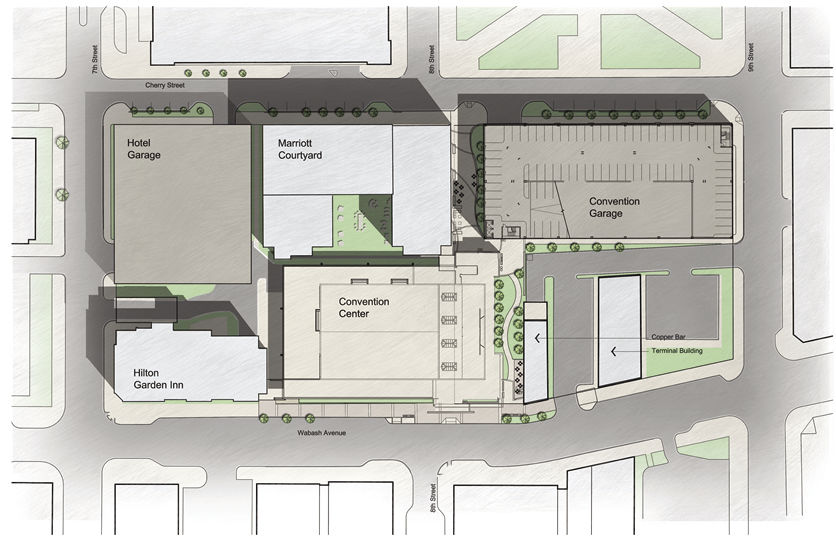 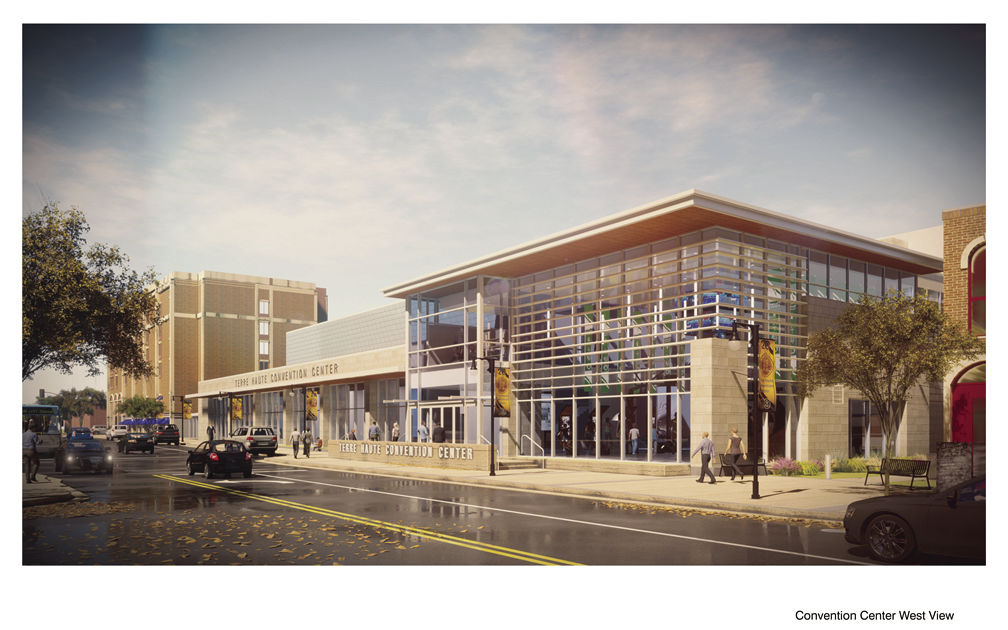 The Vigo County Capital Improvement Board on Wednesday approved the first step toward selecting a manager to oversee a new Terre Haute Convention Center.

The board in a 5-0 vote, with board members Boo Lloyd and Steve Witt absent, approved a request for proposal for management, operation, maintenance and marketing services for the new downtown convention center. That request will be issued for interested parties Friday, said Steve Bauer, vice president of construction services for The Nations Group, which serves as project manager.

A pre-proposal meeting is slated for Jan. 8 with the Nations Group to answer questions for those submitting. Proposals are due Jan 24. A CIB selection committee is to make its selection on Feb. 19, with contract negotiations following. The final contract for a new manager is to be enacted on Feb. 21, according to a schedule submitted for the proposals.

Bauer said he has six firms that he will send the request for proposals to.

Board member Judith Anderson, who is also a county commissioner, asked if more responses could be cultivated. Board attorney Brian Bosma asked Bauer how the request for proposals could be expanded nationally, suggesting that proposals could be submitted to a national trade web site or management industry publication.

“It is a pretty well known situation throughout the operator industry that this facility is poised to be opening sometime in 2021,” Bauer said. “So, we are not thinking it will take a manager long to network and get things in place to start booking events. I would expect once an operator is on board by mid to late February, you can start seeing things booked by early summer,” Bauer said.

Bosma told the board that the selected manager is to assist in construction placement of kitchen utilities, other needed equipment as well as furnishings for the new convention center.

“It is expertise in construction and assembly process as much as booking events and marketing and promoting,” Bosma said. “The selected entity is really an integral part of the planning process, as well.”

Board chair Jon Marvel appointed board members Terre Haute Mayor Duke Bennett and Vigo County Commissioner President Brad Anderson, along with a representative of the Nations Group, to serve as the CIB selection committee to recommend a management firm for the facility.

A new manager will be responsible for day-to-day operations of the convention center “including operation, direction, maintenance, management and supervision of the facility,” according to the request for proposals. The manager will also market, book, promote and develop a wide variety of civic, community, athletic, educational, cultural and commercial events.

The manager is to maintain and provide financial reporting and annual budget preparation as required by state law. That includes maintaining all financial and accounting records including monthly cash flows, financial and service reports, monthly invoices, monthly cash summary and other reports.

Bosma said the CIB should close on ownership of three properties needed for the project in mid January.

“We are on track, but we still have our alternative parking mechanism to put in place which was a little more of a challenge than we originally realized, collectively, [and] the cost of that for the valet service, as we are taking half of the Hilton Garden Inn’s parking away. Those details are still to be worked out,” Bosma told the board. He said he expects that to be wrapped up by the board’s next meeting Jan. 15.

Sky Garden Parking Garage is to be utilized to park vehicles for patrons of the Hilton Garden Inn during construction. No decision has yet been reached on whether a second parking garage will be constructed for the hotel or alternative land for surface parking.

Bauer said all design work on the convention center and parking garage is completed.

“We are awaiting the completion of the transfer of those acquired properties and once that occurs, we will provide Garmong [Construction Services] with a notice to proceed and allow them to get underway.”

Brian Kooistra, chief operating officer for Garmong Construction, said the company is ready to go when it is issued a notice to proceed.

“Within a week, we can actively be on the site,” he told the board. The company is also finalizing orders on products such as reinforced steel for concrete and precast concrete slabs for the convention center parking garage.

The guaranteed maximum construction price of $24,633,566, while the entire project budget is about $32.1 million.

Funding for the convention center is in place, as a bond sale was staged in November, closing on Dec. 6.

The county, with one year of food and beverage tax collections, generated just over $2.3 million, Selmer said. Of that, $1.7 million will be used to help cover operational and expenses of the convention center, he said.

“We were conservative that [the tax] would provide about $1.3 million to $1.4 million [for operations], so that is better than what we had been showing in the past. We are very pleased with the results,” Selmer said.