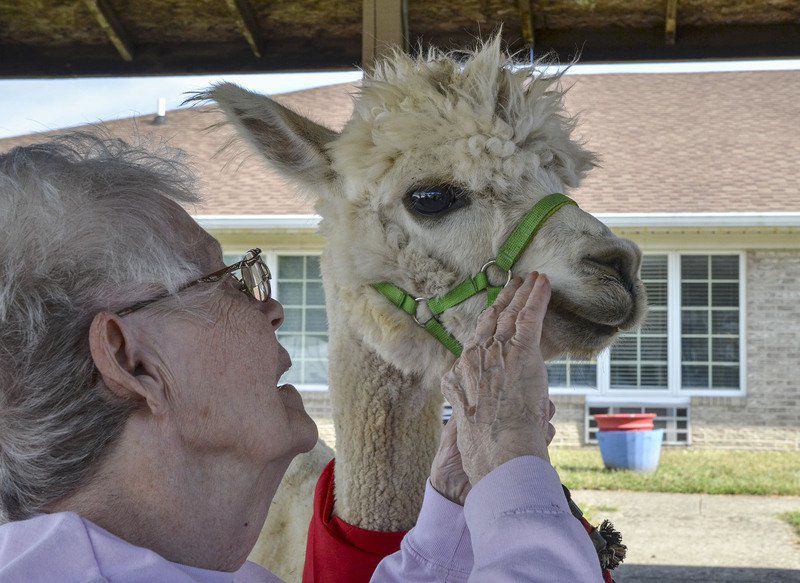 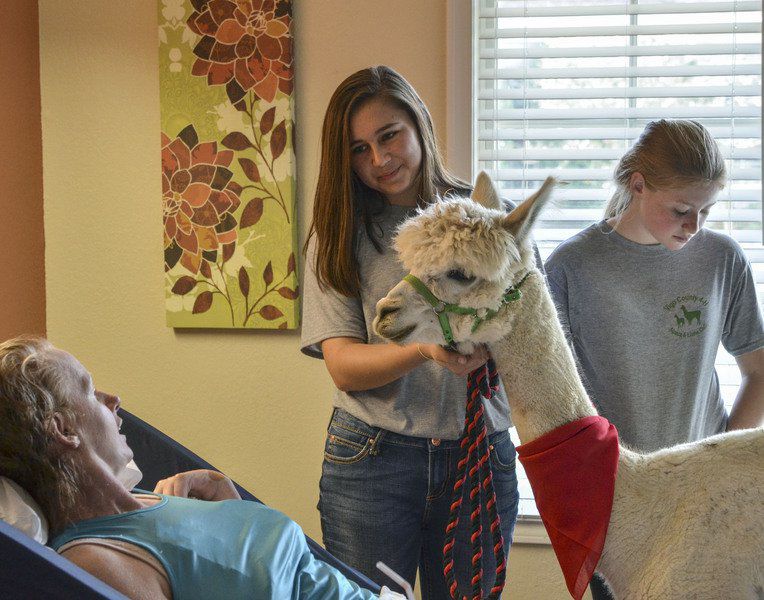 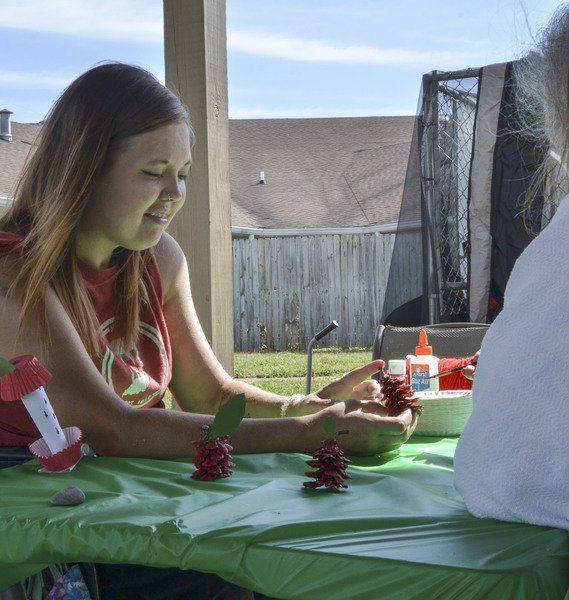 Residents of Signature HealthCARE of Terre Haute were treated to special visitors and activities on Sunday. The Vigo County 4-H Alpaca and Llama club paid a visit with several four-legged friends for the residents to interact with.

“This has been very positive for the residents here, some have never seen a llama before so that’s very exciting for them,” said Robin Heng, a behavior specialist at Signature HealthCARE. “We have people that live at our facility that are living with brain changes. Going out in the open environment and the public can become very overwhelming for them.

“They still need to be outside and they like to engage with children and animals.”

Residents got to pet llamas, alpacas and goats during Sunday’s picnic in the outdoor area of the north side facility. The animals were even taken inside to see other residents in their rooms.

Maya Nagy, a member of the 4-H Alpaca and Llama club, remarked on how a lot of the residents’ faces lit up when they saw the animals.

“A lot of the residents get to pet the animals and see them get very excited about them visiting. It brings back memories for some of them.”

While the animals were the biggest highlight for many residents, there were other activities, including bobbing for apples and arts in crafts and even a staff member dressed up as Johnny Appleseed. Families of residents were invited for a picnic as well.

Nicole Waldron, a resident from another part of Signature HealthCARE, volunteered her time to help others with an arts and crafts station.

“Interacting with the other residents helps me, it makes my day better. I really like helping out. I like making things and doing activities with them.” Waldron said.

Residents could paint pine cones to look like apples and create an apple core with rolled-up paper and cupcake holders thanks to Waldron.