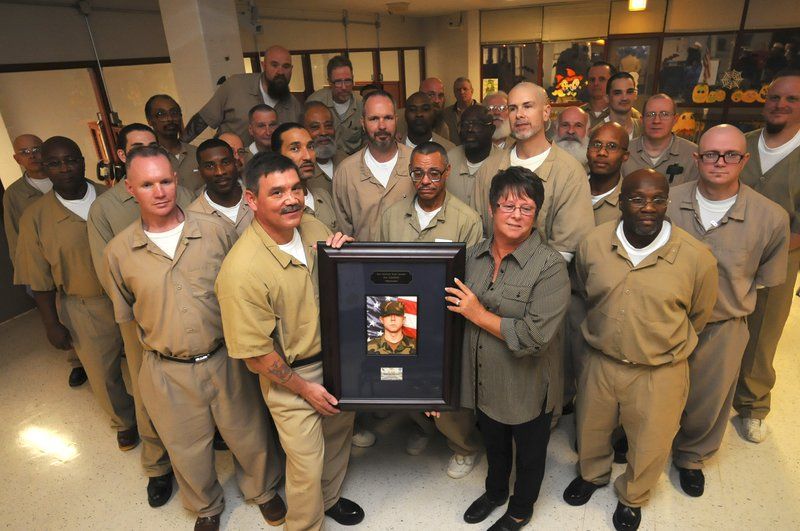 Post 398 +1: The members of American Legion Post 398 pose with Donna Hinton, Kyle Snyder’s mother. The name of the post was changed to Kyle Snyder Post 398 in honor of the Carlisle native in a ceremony at the Wabash Valley Correctional Facility Wednesday night.Tribune-Star/Jim Avelis 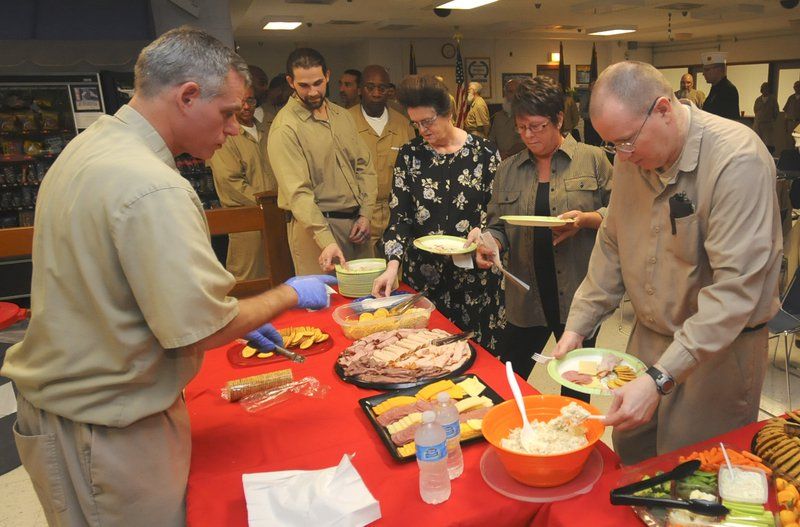 Tribune-Star/Jim Avelis Down time: Members of Kyle Snyder Post 398, along with Donna Hinton, Snyder's mother and Azelia Barfield, his grandmother get some finger food after ceremonies Thursday evening in the Wabash Valley Correctional facility. 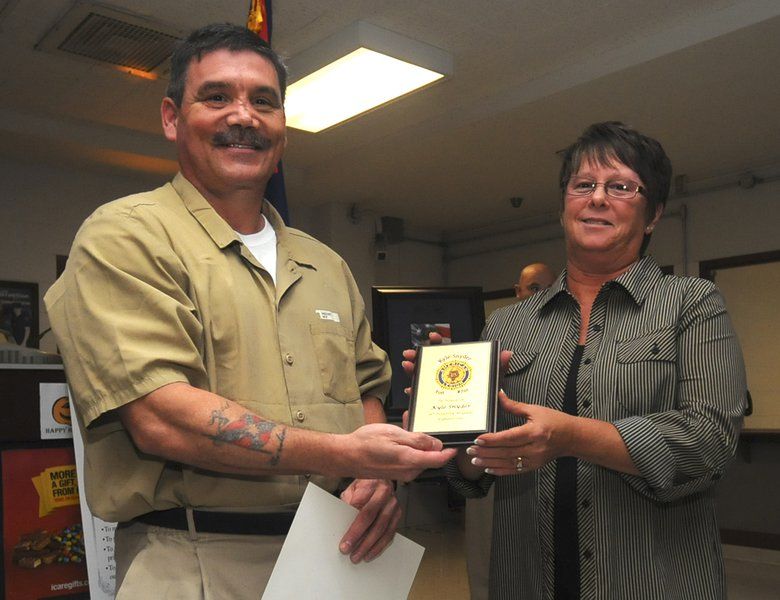 Post 398 +1: The members of American Legion Post 398 pose with Donna Hinton, Kyle Snyder’s mother. The name of the post was changed to Kyle Snyder Post 398 in honor of the Carlisle native in a ceremony at the Wabash Valley Correctional Facility Wednesday night.Tribune-Star/Jim Avelis

Tribune-Star/Jim Avelis Down time: Members of Kyle Snyder Post 398, along with Donna Hinton, Snyder's mother and Azelia Barfield, his grandmother get some finger food after ceremonies Thursday evening in the Wabash Valley Correctional facility.

At 21, Army SPC Norman Kyle Snyder made the ultimate sacrifice for his country.

Born Aug. 10, 1983, in Vincennes, Kyle, as he was affectionately known, joined the Indiana National Guard after graduating from Sullivan High School. Active in his community, the 2002 graduate was a former employee at the Movie Gallery in Linton and a member of the First Christian Church in Sullivan. He was a member of the Sullivan American Legion Post 139 and the Sullivan VFW Post 2459.

"Kyle had a good heart and he was good to people," said his grandmother, Azalia Barfield, who attended the renaming ceremony on Thursday. "He was proud to be in the military and he took his service very seriously."

Snyder was a member of the Indiana National Guard's 76th Infantry Brigade and his unit was called to active duty in July 2004. Eight months later, on March 26, 2005, he was one of four Indiana National Guardsmen who made the ultimate sacrifice when a land mine exploded under their military vehicle south of Kabul, in southeast Afghanistan.

"With his entire life before him, Kyle risked everything to fight for the values Americans hold close to our hearts, in a land halfway around the world," according to a 2005 Congressional Record, into which his name was entered.

In a ceremony attended by his family, including his mother, Donna Snyder Hinton, Snyder received yet another honor  — this time, from veterans in his hometown.

"It means to me that Kyle's name will live on," Hinton said.

More than 30 members of the post — American veterans — wore khaki-colored matching uniforms during the ceremony inside Wabash Valley Correctional Facility, a maximum-security prison in Carlisle, Sullivan County. It included the presentation of colors, the recognition of the POW/MIA chair, the recitation of the Preamble to the Constitution, and the reading of a letter written by Hinton, and the resolution.

"Whereas Kyle Snyder's mother, Donna Synder Hinton, enthusiastically and whole heartily endorses this resolution as an honor and tribute to her son ..." said inmate Bradd Stroup, the post's adjutant, as he read the resolution, "that Carlisle Post 398, The American Legion Department of Indiana, in regular meeting assembled in Carlisle, Indiana ... unanimously approved that the name of Carlisle Post 398 be changed to Kyle Snyder Post 398 in honor of this local fallen hero."

A reception followed the ceremony. During it, Hinton interacted with the members one-on-one.

Post Commander Derek Williams told the Tribune-Star that because Snyder was from Carlisle and because of his sacrifice, the post decided to ask permission from his family to rename the post in his honor. In addition to the name dedication, newly acquired U.S. flags were also dedicated at the event.

"This is ... a very positive thing that you're doing," he said. "It shows that what you're doing here at your post is creating a positive image for what you do here." He acknowledge the post's other activities, including raising about $3,000 to help wounded warriors and local children.

Toward the end of the ceremony, the post presented a plaque and a certificate in honor of Kyle Snyder, which were accepted by Hinton. In turn, Hinton presented the post — accepted by the commander — with a framed picture of her son.

Hinton was thankful for the honor.They're inmates, but they're also veterans who wanted to honor her son, she said. She described the honor as "fitting."

"This post is still as valid and as important as any other post in the United States," Hinton said. "They're human beings, they've served their country, they're veterans, the same as my son was."

"They're his brothers, and he would be proud for them to use his name."