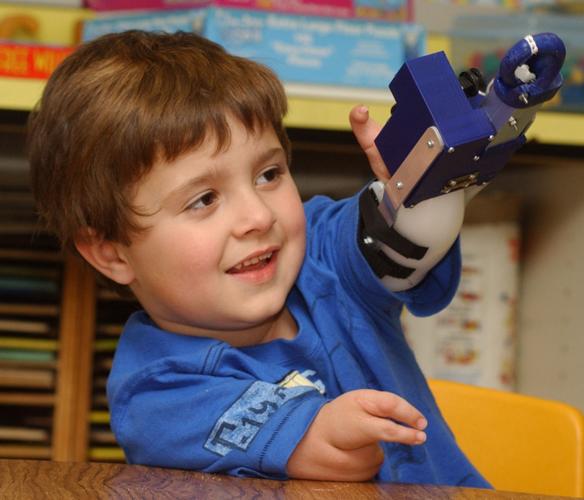 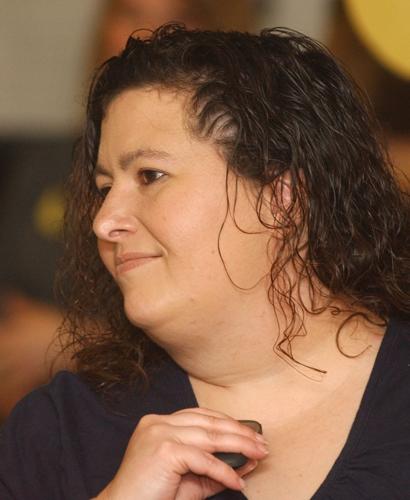 Tribune-Star/Jim Avelis Watching: Bobbi Amerman watches as her son Michael gets use to his new "hand" developed by students from Rose-Hulman. 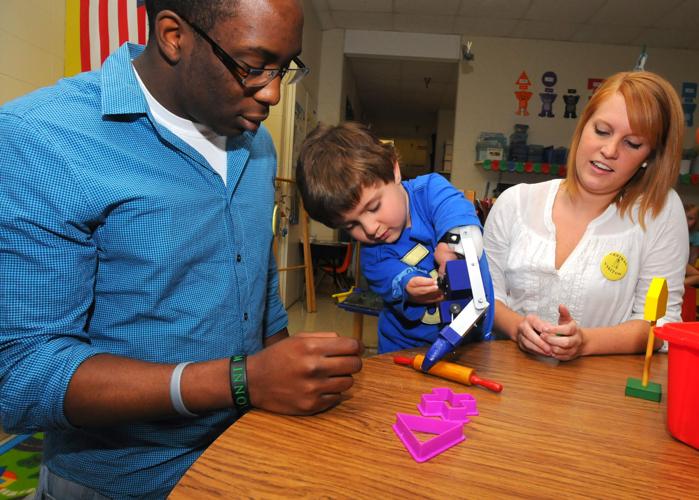 Tribune-Star/Jim Avelis Watching: Bobbi Amerman watches as her son Michael gets use to his new "hand" developed by students from Rose-Hulman.

Few lives are changed by a school assignment, but a Rose-Hulman project has done just that for a Clinton kindergartner.

“I like it and it helps me,” Michael Amerman said of his new joystick-operated prosthetic arm. “I’m going to bring it with me every day.”

The Central Elementary School pupil was the envy of his classmates as they gathered around his table Wednesday afternoon. Michael needs the prosthetic because he is missing both forearms and has two fingers on each hand — bilateral radial and ulnar hypoplasia.

Three Rose-Hulman Institute of Technology senior biomedical engineering students teamed up to design and manufacture a device extending Michael’s reach while giving him greater range of motion and dexterity via hook-shaped pincers.After nearly nine months of work, he received the final product Wednesday during class.

“This is why you become a biomedical engineer,” Oruche said.

The team went to Michael’s classroom each Wednesday with new designs and prototypes tailored to his dominant left arm. The students were excited about the afternoons they spent with Michael throughout the process.

“We wanted to make it fun for him, considering his age,” said Telezyn, a Terre Haute South Vigo High School graduate. “He’s just so energetic. His smile is contagious.”

The device fits onto Michael’s upper arm and serves as a robotic forearm with pincers on the end. His two fingers are located at the end of his humerus, and can be used to operate a small joystick atop the device. The joystick controls the pincers.

Telezyn explained there are many prosthetic devices for people missing limbs, but these devices don’t allow the client to use their fingers, as is needed in Michael’s case. Without the joystick feature, Michael wouldn’t be able to build strength and range of motion in his fingers, she said.

The design resembles a video game to help him enjoy the process, they said. Oruche said the impact this device can have on Michael’s life made the project more meaningful.

Telezyn said the team’s budget was $700 and the entire device was created for $400 in materials. As it’s a customized prototype, there’s no way to gauge what something like that would cost in the market, they said.

Regardless the market value, Bobbi Amerman said her son’s experience has been priceless.

“He is very excited. He comes home and tells me about it week after week. He said it makes him feel like a real robot,” she laughed. “We’re very grateful and we’d like to thank Rose-Hulman. It’s going to make a real difference to him.”

Michael’s classmates were enthralled as he picked up goldfish crackers with the new device. His teacher, Dona Gilman, said it’s been a good experience for all involved.

“They’re kindergartners, so they’re always enthused,” she said. Having the Rose-Hulman students visit each week made for a special treat, and the kindergartners were excited to see the final product.