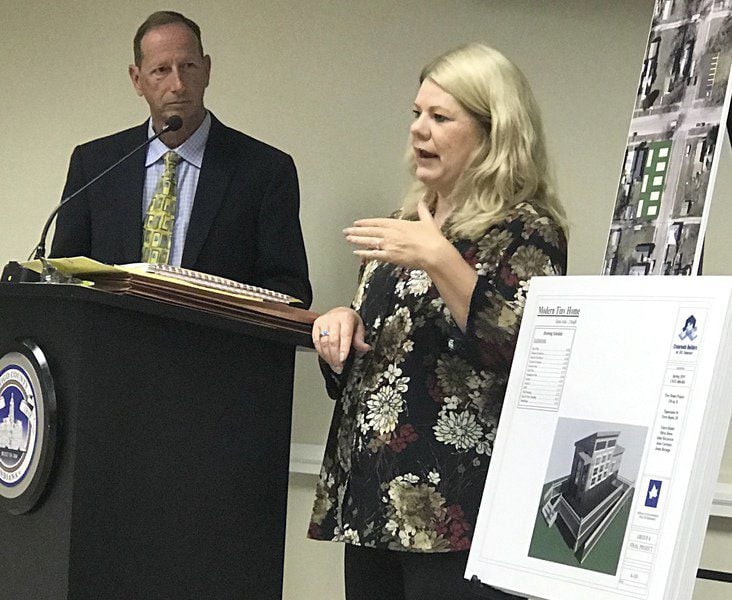 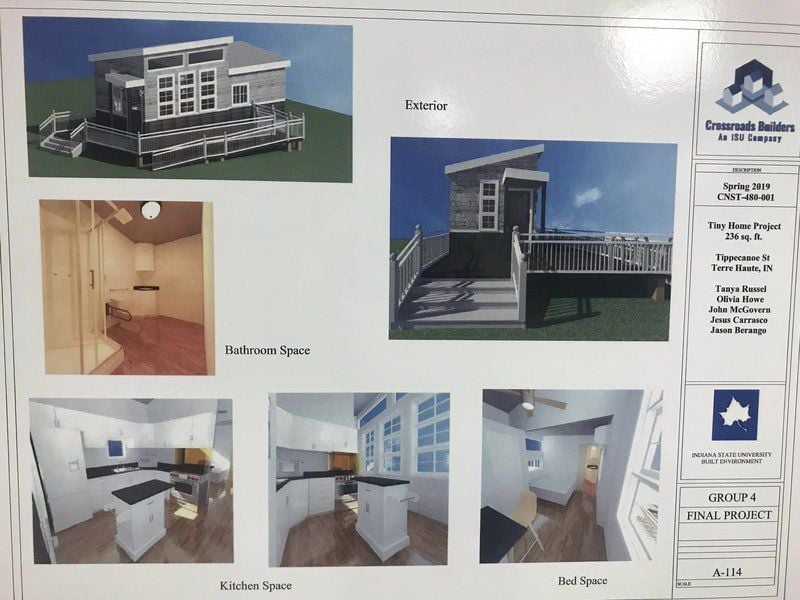 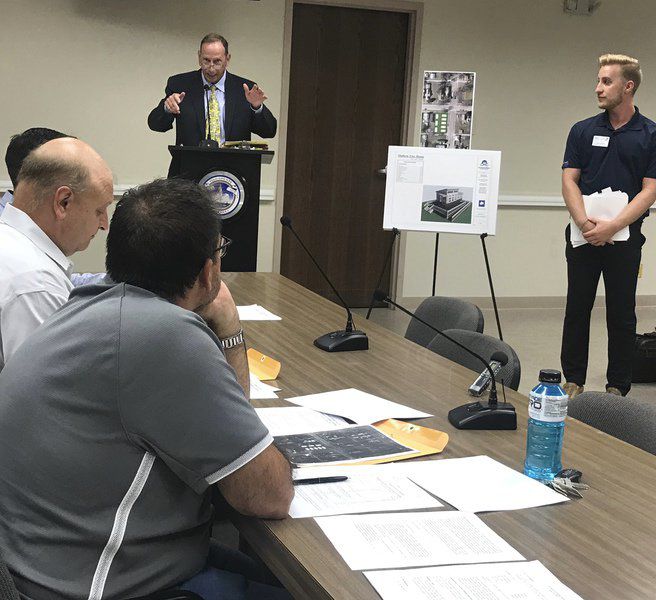 Helping homeless, often mentally ill, find housing is difficult, especially for those who fall in the middle of federal vulnerability charts used to determine facilities for placement.

One solution is tiny homes, and its full speed ahead for such a project after approval this week by Terre Haute officials including the City Council.

The philosophy of the Mental Health America of West Central Indiana Inc. is that, “as a human being, you have a right to housing,” said Myra Wilkey, executive director. “People need to be housed somewhere.”

And as a result of a partnership between Mental Health America and Indiana State University, a dozen “tiny homes” are coming to Terre Haute. They’ll be designed and built by ISU construction technology students.

“ISU is taking on this project. Their construction and design students had a competition in the spring and this fall they are implementing this into their curriculum and students will build a house from the ground up, something they have not had experience doing,” Wilkey said.

“It has to be small enough to go through the garage doors at the school of construction technology. We will get a crane and then place them on a foundation. These homes will be permanent structures on a foundation,” Wilkey said.

Jeffery Lewellyn, attorney for Mental Health America, said a trend of similar developments has grown from the West Coast to the East in the United States.

“We are not planning any separate lots, with common areas to be shared by the residents,” Lewellyn said. None of the homes would be sold individually, and would be maintained and managed by Mental Health America of West Central Indiana, Lewellyn said.

“We know this is just a start and hope to use this as a spring board for more in the future,” Lewellyn said, adding the project may initially start with six homes, then add the rest of the units. “We believe this will be a positive impact for the community ... for our current homeless population.”

The main expenses will be sewer hook up and utilities for each all-electric home.

However, when each resident obtains a job, they are to pay no more than 30 percent of their income for housing rent, Wilkey said. Additionally, the homes are within two blocks of a Mental Health America facility so residents can receive support services. The idea is to get the residents functioning as able-bodied citizens, Wilkey said.

The Plan Commission and City Council also OK’d rezoning the lots to a different residential zoning, to R-3 from R-2. The R-3 zoning is the same used for multi-family buildings or apartment complexes.

“I really appreciate what you do for our community...and there is a need here. We are now investing a huge amount of money in a new jail and I would hope that projects like this could reduce the need to have those folks housed in the jail,” said zoning appeals board vice chairman Jason Saavedra.

Wilkey said Mental Health America has invested about $4 million in the Ryves neighborhood and overall about $10 million in housing developments in the city. Wilkey said there are at least 35 people who would qualify for the tiny homes.

Mental Health America of West Central Indiana was formed in 1950 after a young mother giving birth at Union Hospital and developed postpartum depression, Wilkey said. With no local services, she was put in jail as a method to keep her safe. She hung herself in the jail, Wilkey said.

“Since that time, our volunteers have been very active in advocacy and education in the community regarding mental health,” Wilkey said. That agency board eventually split, with some forming Hamilton Center, while Mental Health America continued on its own.

“We have a long standing history of doing, I think, cutting edge things in the community and filling gaps that currently exist in our community,” the executive director said.

In 2000, Mental Health America, involved with what is now called the Wabash Valley Homeless Coalition, “was seeing a large population of people who had significant mental health diagnosis, who went from being housed and able to be treated, to something would break down, then go homeless and go without treatment. Then high use of emergency rooms and then the local jail,” Wilkey said. “We would spend the largest part of our resources getting them re-housed.

“For people who have many barriers to housing it became difficult. As their criminal history grew for things like public intoxication, trespassing, it became a barrier for local landlords for housing,” she said.

“That program kept people who where the hardest to house housed and had the longest history of homelessness housed,” Wilkey said.

Wilkey referred to a study from the University of Southern Indiana on cost savings of supportive housing to the community.

“They found that when people were housed in supportive housing, their inpatient medical costs decreased significantly, with a savings of 78 percent. Shelter costs were 100 percent savings because people don’t need shelter if you can provide permanent housing,” Wilkey said.

“That is savings from people coming in and out of jail,” Wilkey said.

County Commissioner Brendan Kearns voiced support of the tiny home project, adding the homeless count in July likely should have been higher by about 30 people.

“We are at a time of crisis when we look at our homeless issue. We are at point where we have to find unique solutions and this is a great start in that direction.”

“I’m excited about Metal Health America’s efforts,” Kearns said. “There are so many agencies within Vigo County that are doing what they can to improve our situation, but it’s Mental Health America that’s had the vision to take empty lots in a depressed area, clean the area up and invest in new, unique, innovative housing and provide it for people at their utmost time of need.”

“This is a great project,” he said. “I’ve been following these types of projects throughout the country over the past couple years and when I read the stories, I acknowledge to myself that these communities are real leaders and are leading the way in finding solutions to deal with the issue of homelessness. ... I’m very, very happy to see we are now doing it in Terre Haute. It’s great when we can say our city is leading the way in our area.”