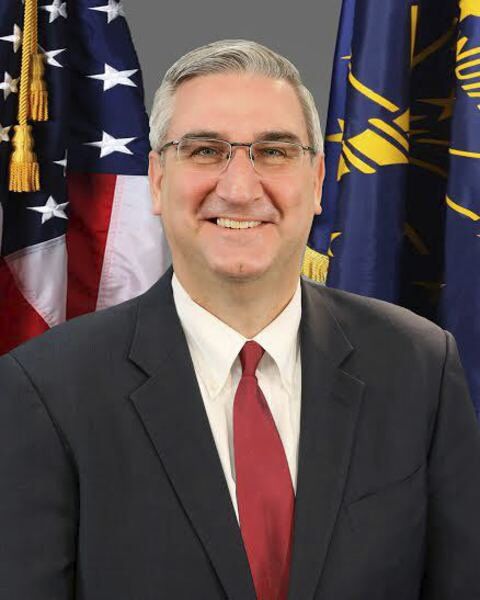 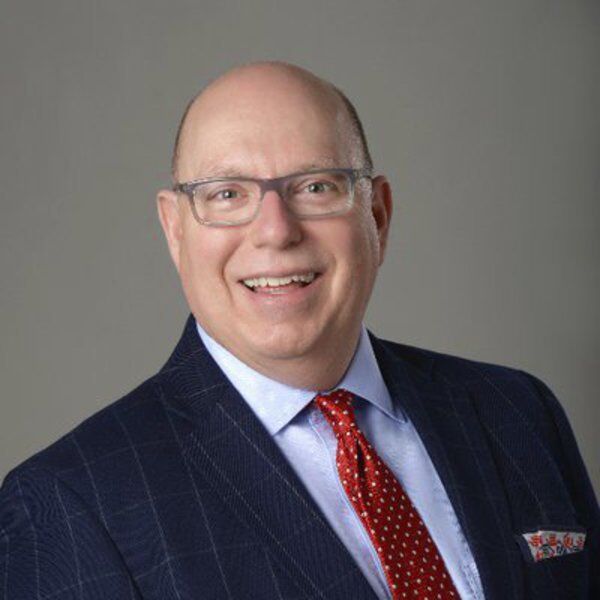 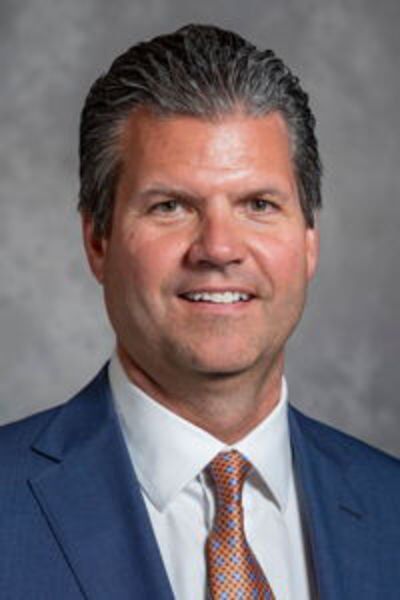 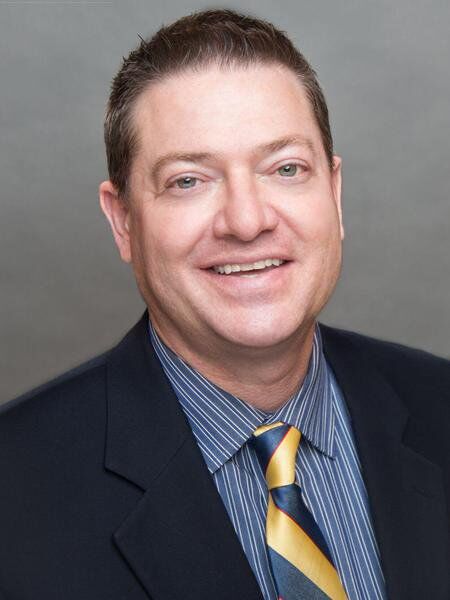 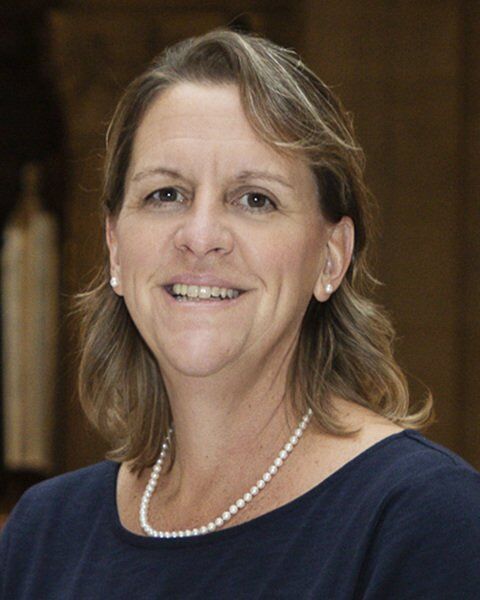 Indiana’s teachers are paid too little for the work they do but raising their salaries to be competitive will cost an estimated $600 million.

“There’s a sizable gap between what Indiana teachers are currently being paid and what we have deemed to be a target for competitive pay,” said Michael Smith, chairperson of the Next Level Teacher Compensation Commission. “Closing this pay gap will require both state government and local school corporations to act.”

Teachers likely won’t get help in the next biennial budget, which lawmakers will begin drafting during the 2021 legislative session.

The state’s reserves helped Indiana weather the worst of the economic fallout from COVID-19. But increased Medicaid costs might eat up slight revenue gains for the upcoming year, meaning no extra money for teachers.

“The way today is playing out, a flat-line is a win, even in K-12, when other states are making drastic cuts,” state Sen. Ryan Mishler, R-Bremen, said last week. “So in Indiana, I don’t think you’re going to see a cut in K-12 like other states.”

“There are so many issues in teaching,” Pfaff, a Democrat, said. “If we don’t do something for the teachers, we’re going to lose them. And where will we be then?”

For the 2018-19school year, which the commission used to analyze teacher pay, stakeholders determined that the average Hoosier teacher should have earned $60,000. This would make teacher salaries competitive with neighboring states — and other higher-paying professions — propelling Indiana to third in the Midwest for teacher salaries.

Even the aspirational $60,000 falls short of the national average for that year — $62,304 — when Indiana ranked 38th in the nation for teacher pay.

All of Indiana’s neighboring states pay their teachers more.

The glaring disparity remains even when adjusted for cost of living and number of days worked, neither of which significantly changed Indiana’s comparatively low teacher salaries.

“The earnings gap grows to 16 percent 10 years after graduation. The gaps persist across a multitude of sectors, even when controlling for the number of days worked.”

But increasing the salaries of Indiana’s over 65,000 full-time teachers to the recommended average would require at least $600 million during a budget year in which COVID-19 has limited state revenue growth. To be sustainable and keep up with inflation, according to the commission, the state will need to find additional revenue sources.

But during uncertain times, state resources — like income and sales taxes — are depleted more quickly than local property taxes or federal revenues, as demonstrated by the 2008 Great Recession.

“Recession can cause states such as Indiana — in which state tax revenues contribute a greater share of school funding — to experience larger drops in per-pupil revenues,” the commission’s report found. “This is a dynamic (that) state lawmakers should be especially mindful of in light of the economic impact from the COVID-19 pandemic.”

The report highlights the positives of this model, namely, more equitable school funding between impoverished and wealthy districts and limits on property tax growth. But the report emphasizes that Indiana schools would need more state funding to raise teacher salaries.

“No matter which cost-savings and revenue-related recommendations are implemented, a substantial increase in revenue to schools will be required for Indiana to fund a competitive teacher compensation plan,” the report said.

The report’s authors call for the General Assembly to boost school revenue through income taxes, a statewide referendum, per-parcel property fees or another source “once it is economically feasible.”

Raising income taxes to 2013 levels, from 3.23% to 3.4%, would produce less than $100 per state income tax filing and add up to $290 million in funding — not enough to alter Indiana’s teacher salary ranking. A $100 per-parcel fee would create an additional $350 million per year, and a state referendum could be tied specifically to teacher compensation.

Gov. Eric Holcomb called for increased education funding in the next two-year budget in his legislative priorities.

“We want to make sure that our teacher compensation is not just competitive but that we win (and) attract teachers from neighboring states,” Holcomb said. “This is a top priority for us, and it’s reflected in our agenda.”

However, Holcomb acknowledged that some of his agenda will depend on federal assistance, which state leaders hope will alleviate the COVID-19 economic fallout.

The day before Holcomb announced his agenda, budget writers received unexpected news when forecasters estimated that Indiana could see a 1% increase, about $360 million, in revenue for the 2021-2022 budget. But it appears that projected Medicaid expense increases, $475 million, will counter most of that increase and leave the state short $115 million.

About a decade ago, legislators capped property taxes, limiting how much funding schools can obtain locally. Since then, schools have asked voters to approve increases via referendums, which are limited to eight years in scope.

The commission suggested that more schools pass these referendums and specifically tie funds raised to teacher compensation, noting that 81% of referendums have been approved by voters in the past three years.

“If school corporations educating just 10 percent of Indiana’s students pass an operating referendum of the same scale as other referenda currently in place, they would receive an additional $80 million in revenue annually,” the report said.

According to the report’s authors, 188 school corporations, or 68%, have never put an operating expenses referendum on the ballot.

A referendum “by itself, it is certainly not the solution to Indiana’s funding gap, but it’s an important tool that schools have to increase revenues,” said Dan Holub, executive director of the Indiana State Teachers Association.

Holub, one of the report’s authors, argued against the report’s emphasis on referendums, saying the state legislature still needs to contribute.

“The math doesn’t add up if you don’t enact additional spending from the state,” Holub said. “I know when the (property tax) caps were put in place there was a promise made to schools that the money would be made up, and this report clearly shows that it never has been.”

Without action to raise teacher salaries soon, education advocates say that teachers will continue to leave the state or the profession altogether.

“There are so many issues,” said Pfaff, the Terre Haute state legislator. “If we don’t do something for the teachers we’re going to lose them.”

Fewer students are enrolling or completing teacher preparation programs and fewer are earning teaching licenses, the report said. More than half of Indiana school districts (52%) report employing teachers outside of their licensed areas and 87% said they struggle to find qualified applicants.

“Indiana now has a worsening teacher shortage crisis that has been compounded by the pandemic. … We know the primary reason educations leave the profession, and the reason young people don’t enter the profession is due to a lack of professional pay,” said Keith Gambill, president of the Indiana State Teachers Association. “They deserve better and so do the students they serve.”

But, considering the economic fallout of COVID-19, commissioners warn that “some stakeholders will need to shift their short-term focus from seeking significant salary increases to preserving teacher salaries with fewer available resources.”

The report calls for the state’s first secretary of education, Katie Jenner, to tackle non-compensation aspects of teacher stress. Jenner was appointed by Holcomb. Her position replaces the state superintendent of public instruction, which was an elected seat.

“Survey data reflects growing dissatisfaction in virtually every form. Teachers have become more stressed, more disappointed and dissatisfied in teaching, and less content with the support they receive,” the report said. “Indiana needs to take steps to ensure teaching is a desirable profession beyond its compensation.”

For Heidi McDonald, the president of the Vigo County Teachers Association and a science teacher at West Vigo High School, the perceived lack of community respect extends to legislators who don’t increase school funding.

“Our legislature needs to look at investing in our teachers,” McDonald said. “It’s a job you take home, and there’s a lot of hours spent outside of the 9-to-5 because if you don’t (bring it home) it never gets done.”

Despite the challenges, low pay and added stress of teaching in a pandemic, McDonald said she’d encourage students to pursue a career in teaching.

“There are so, so many rewarding things. There’s that chance that you’ll be able to foster and develop that love of learning in a student,” McDonald said. “That makes the job worth it … but we need to see changes.”

The full teacher pay report, “A Roadmap for Improving Indiana Teacher Compensation,” is available at https://tinyurl.com/y93erujz.