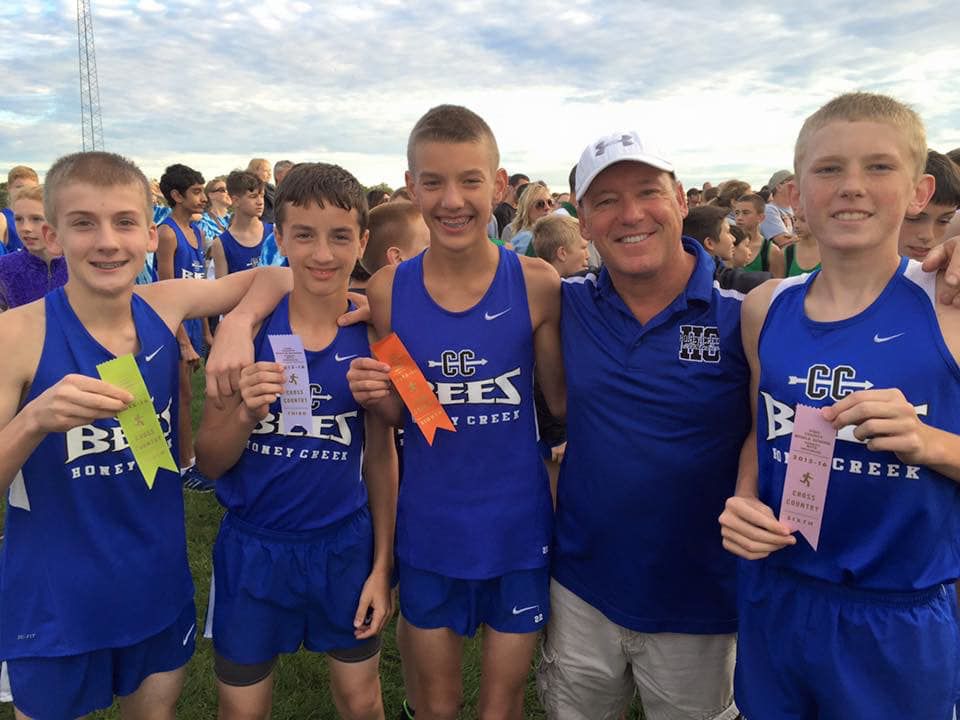 A teacher and coach at Honey Creek Middle School died from injuries suffered in a two-vehicle accident Sunday morning.

“The Vigo County School Corporation, with great sadness, is remembering the life of David Hoffa.

“Hoffa, a teacher and coach at Honey Creek Middle School, died in a car accident on Sunday, January 19.

“Counselors will be available at Honey Creek Middle School when school resumes on Tuesday, January 21.

“We hold his family, friends and colleagues in our hearts this evening.”

New Goshen Fire and Rescue on its Facebook page said its personnel responded to an 11:37 a.m. vehicle accident at Indiana 63 and Durkees Ferry Road. One person was treated for serious injuries and flown to an Indianapolis trauma center, the rescue agency said.

The white Nissan flipped several times and the driver was ejected, according to the sheriff’s office. The driver of the red pickup truck was not injured, while the white Nissan’s driver was flown by Lifeline Helicopter to an Indianapolis hospital. He later succumbed to his injuries.

No drugs or alcohol are suspected, the sheriff’s office said. A fatal crash reconstruction team was called to the scene to investigate.

“It is with a heavy heart and deep sadness we announce the passing of Mr. Dave Hoffa, who was killed in a car accident today. Our heartfelt condolences go out to the Hoffa family.

“Counselors will be available at Honey Creek Middle School on Tuesday, January 21st. Athletes are encouraged to wear their Cross Country/Track & Field shirts on Tuesday in honor of Coach Hoffa.”