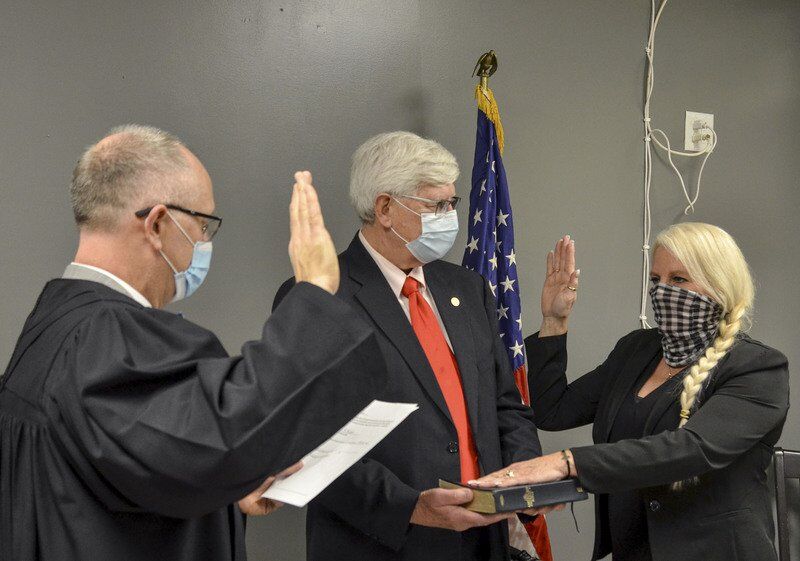 Tribune-Star/Austen Leake On the council: Brenda Wilson is sworn in to the Vigo County Council District 2 seat by Judge Chris Newton after winning a caucus on Saturday morning during a swearing-in at Free Life Community Church's Fellowship Hall. Her husband, Fred Wilson (center), held the bible for her. 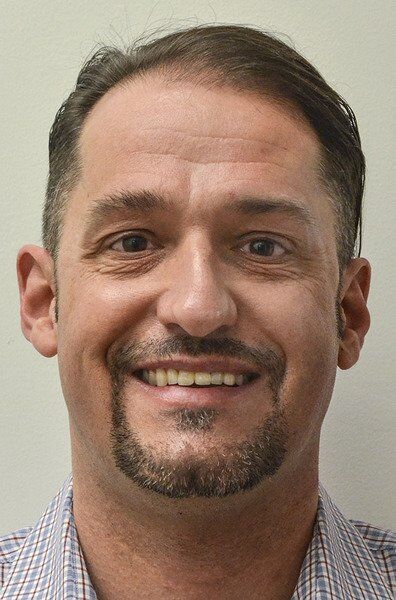 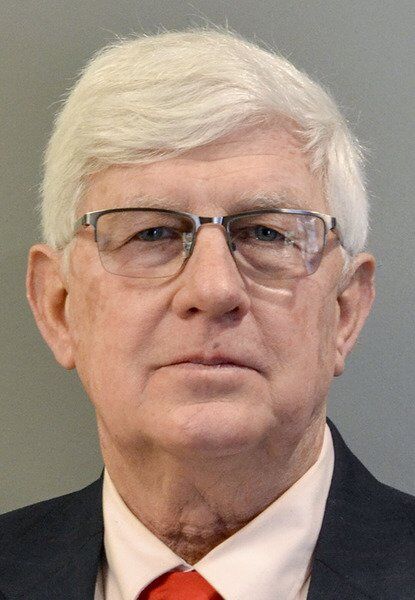 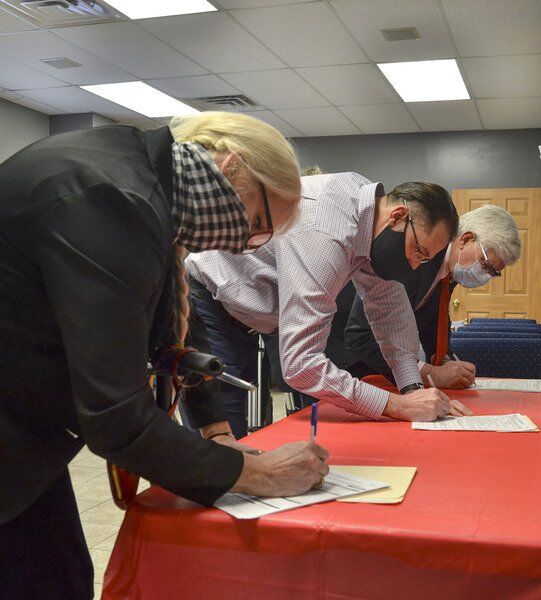 Tribune-Star/Austen Leake Signing on the line: Brenda Wilson, Travis Norris, and Fred Wilson  (left to right) were all sworn into county positions after a Republican caucus on Saturday morning at Free Life Community Church's Fellowship Hall. 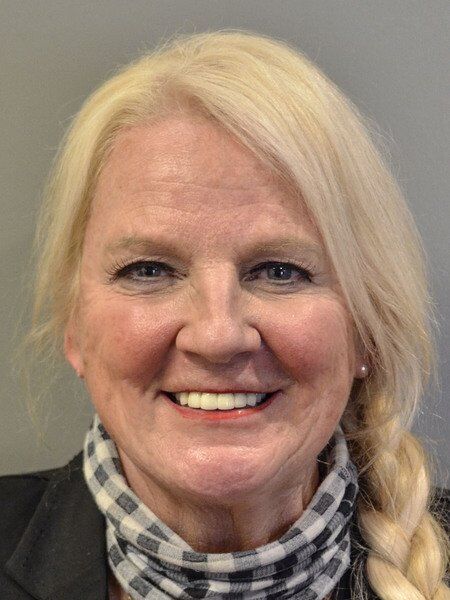 Tribune-Star/Austen Leake On the council: Brenda Wilson is sworn in to the Vigo County Council District 2 seat by Judge Chris Newton after winning a caucus on Saturday morning during a swearing-in at Free Life Community Church's Fellowship Hall. Her husband, Fred Wilson (center), held the bible for her.

The two newest members of the Vigo County Council were sworn into office Saturday following a caucus of the county Republican Party.

Brenda Wilson will serve as the new District 2 council member while Travis Norris will take over as council member for District 4. Both seats have two years left on their terms.

Wilson and Norris are replacing Chris Switzer and Mike Morris, respectively, both of whom are Republicans who were elected to the Vigo County Board of Commissioners in the fall 2020 election.

Wilson was elected on the first caucus ballot, beating out challenges from Craig Bales, Lucas Bendza and Tom Bogigian. Bendza and Bogigian had run for open at-large council seats this past election.

Wilson had to first resign from her position as Prairie Creek Township Trustee before being sworn into office by Vigo Superior Court 4 Judge Chris Newton.

Wilson's husband, Fred L. Wilson, will replace his wife in the township trustee role. Fred Wilson had been serving on the township advisory board and is also a member of the Vigo County Area Planning Commission.

Brenda Wilson said she is excited for her new role and looks forward to hearing more from the people of her district.

"It is my intention that the best interests of my district are heard and the people's tax dollars are wisely spent," Wilson said of her goals for the post.

"... I want to be a voice for my district. A lot of elected officials tend to run [on one thing] and then turn around and operate on their own agenda once elected.."

Surrounded by his wife and three children, Norris said he wants to help make Vigo County an attractive place to live for future generations.

"I'm going to live in this county forever and I have three younger children, so my hope is to make it a place they want to live when they get older," Norris said.

Norris, 44, is president and owner of Prox Lawn Care Inc. He sought an at-large council seat in the fall 2020 election.