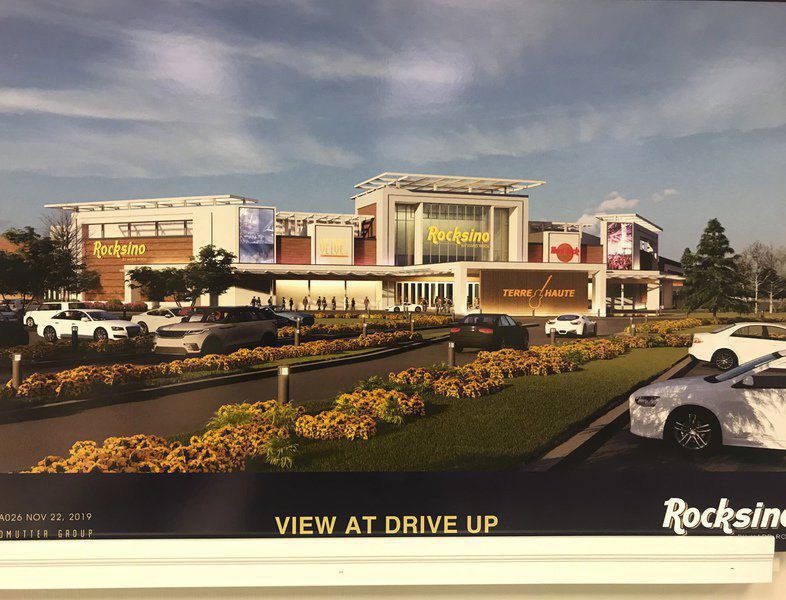 Submitted renderingApproved: This is an artist’s rendering of a Vigo County casino to be built by Terre Haute-based Spectacle Jack LLC on the city’s east side near Interstate 70. 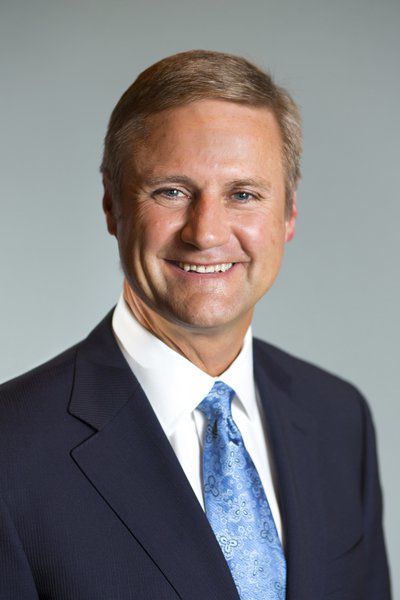 Spectacle Jack is now owned by Terre Haute businessman Greg Gibson and is no longer a subsidiary of Spectacle Entertainment of Indianapolis.

Gibson and company, for more than an hour Friday, outlined their plan to build a 100,000-square-foot, $120 million enterprise to be operated under the Hard Rock International brand and called the Rocksino.

Groundbreaking is expected in September of this year and the casino is scheduled to open in September 2021, according to Spectacle Jack executives.

Gibson told the gaming commission that previously he had little interest in owning a casino, but saw the opportunity to bring a major development to his home town.

“This process has been a long journey for us, and today marks an important step down a path toward a successful opportunity for many Hoosiers,” Gibson said. “... Seeing an opportunity to bring a transformational project to Terre Haute and Vigo County is what excited, and ultimately sold me on being involved in this project.”

Spectacle executives told the commission the project, from start of ground work to grand opening, should take roughly 16 months.

In that time Spectacle Jack looks to build a 1,200-game casino complete with four restaurants, four bars, and an enclosed, temperature-controlled walkway to the adjacent Home2Suites hotel. Site plans also include a provision for a future on-site hotel.

The application spells out how the Rocksino at Terre Haute would be built on about 20 acres on the southwest side of the intersection of Bill Farr Drive and Joe Fox Street, immediately south of the Walmart super center along U.S. 40/Indiana 46.

The plan calls for the casino to be built in the middle of the property with more than 1,500 parking spaces surrounding the building.

Upon entering the casino, the plan calls for guests to be greeted by a bifurcated gaming area, separated by the “yellow brick road” walkway running between the main entrance and the center bar.

Around the perimeter of the gaming floor a number of amenities are planned, including:

• A Hard Rock Cafe, the centerpiece of the Hard Rock brand. The cafe is planned to have seating for 125 guests.

• A steakhouse, described as the casino’s fine dining option, with seating for 60.

• Hard Rock branded center bar and sportsbook. The “energetic space” will seat 75 guests and is to be considered the center of activity for the casino floor, according to the application.

• A Hard Rock branded coffee shop, the Constant Grind, that serves up to 25 guests 24-hours a day.

• A 300-seat entertainment venue, Velvet Sessions, capable of hosting live music, comedy events and other events. The application says the space can be transformed to host any type of event from a poker tournament to business events and meetings to a cocktail reception or a wedding.

• A high limit lounge complete with a private bar and light snack service.

• A Rock Shop, Hard Rock’s gift shop, that will sell branded merchandise alongside snacks and sundries.

Overall, the building has an estimated maximum occupancy of 5,900 to serve the projected 1.2 million guests per year.

“I’m certainly excited, as I think Terre Haute and Vigo County should be,” Gibson said after being awarded the gaming license.

“This is a huge thing for the community, and as I said during my presentation, this is something that almost a year ago, I don’t think people could have imagined this could be possible.”

Since the idea of a casino coming to Vigo County was first touted in 2017, officials have raved about the economic impact a casino could have on the city, county and Wabash Valley.

He projects the presence of a Vigo casino could spur upward of $126 million annually in economic activity, $90 million of that directly from the casino and the balance from spin-off activity.

Klacik said West Central Indiana is one of the most challenged parts of the state when it comes to attracting and retaining talent. He said the casino could help stem the tide and slow population loss.

“When you look at the jobs the casino is projected to create, both direct and indirect, should those who fill those jobs locate according to current commuting patterns, Vigo County stands to gain hundreds of permanent jobs and between $23 [million] and $24 million in additional income,” Klacik said.

Terre Haute and Vigo County stands to gain financially from the casino as well, collecting millions in wagering taxes, supplemental wagering taxes and through a local development agreement.

A prior projection estimates the supplemental wagering tax at more than $2.6 million, of that:

• The city of Terre Haute is to receive 40 percent

• West Central 2025, a regional economic development effort through the Terre Haute Chamber of Commerce, at 15 percent

Terre Haute Mayor Duke Bennett said whether area residents gamble or not, everyone will benefit from casino tax revenues.

“When you look at the revenue that will be coming back into the community and how we’ll invest into quality of life projects and infrastructure and not-for-profits, you name it and we’re going to use that money in a way that helps everyone here locally,” Bennett said.

Matt Bell, president and CEO of the Casino Association of Indiana, said Terre Haute and the Wabash Valley will undoubtedly feel the positive economic impact of casino gaming.

“The economic impact has been detailed and studied by our association, the operators Spectacle Jack, and by the Indiana Gaming Commission,” Bell said. “And the returns are outstanding.

Just before the commission voted to award Vigo County’s gaming license to Spectacle Jack, Commission Chairman Michael McMains said a last minute change to the company’s application is the only reason the commission agreed to consider it.

“In all candor, had you not made those changes and brought the new application forward, we wouldn’t have considered it,” McMains said.

“Those changes,” were the removing of Spectacle Entertainment CEO Rod Ratcliff and Vice President and general counsel John Keeler from the company’s application, and their taking a buyout from Spectacle Jack.

Spectacle Jack general counsel Libby Cierzniak detailed for the commission that as originally organized, Spectacle Jack was a subsidiary of Spectacle Entertainment.

Cierzniak said Ratcliff and Keeler in March sold their ownership stakes in Spectacle Jack to One-Eyed Jack Ventures LLC, owned by Gibson. That sale allowed Spectacle Jack to spin off as its own, independent gaming company.

It was noted that Ratcliff and Keeler have the option to repurchase their stakes at any point in the next 36 months, but that their doing so would require gaming commission approval.

The application amendment and ownership change was made necessary after the commission launched an investigation in January when it was made aware of a federal elections campaign case being prosecuted in Virginia that might involve an executive or executives with Spectacle Entertainment, then the parent company of Spectacle Jack.

The information that gave rise to the gaming commission’s probe became public Jan. 23 in federal court in the Eastern District of Virginia.

There, Charles O’Neill of Strategic Campaign Group Inc. pleaded guilty to conspiring in a 2015 scheme to funnel more than $15,000 from an Indianapolis-based gaming company to a campaign for a candidate for the U.S. House from Indiana’s Ninth Congressional District.

Involved in the scheme, the government says, were “Person A … the vice president and general counsel of Company A, a gaming corporation formed in Delaware and based in Indianapolis, IN.”

The company and individual were not named in court documents, but the Gaming Commission publicly said it understood the company in question to be “Centaur Gaming.”

The commission also said, “Certain key people in that company now own and operate Spectacle Gaming, the holder of the Majestic Star Casino license in Gary. Spectacle is also currently undertaking a land-based casino project in Gary and pursuing the new casino license in Vigo County.”

Gibson after the meeting said he has no knowledge of Ratcliff and Keeler’s dealings while with Centaur Gaming, but said he believes two will be exonerated once the commission completes its investigation.

In addition to awarding a gaming license to Terre Haute-based Spectacle Jack LLC, the Indiana Gaming Commission also approved Friday a local development agreement that will ensure a local benefit from the operation.