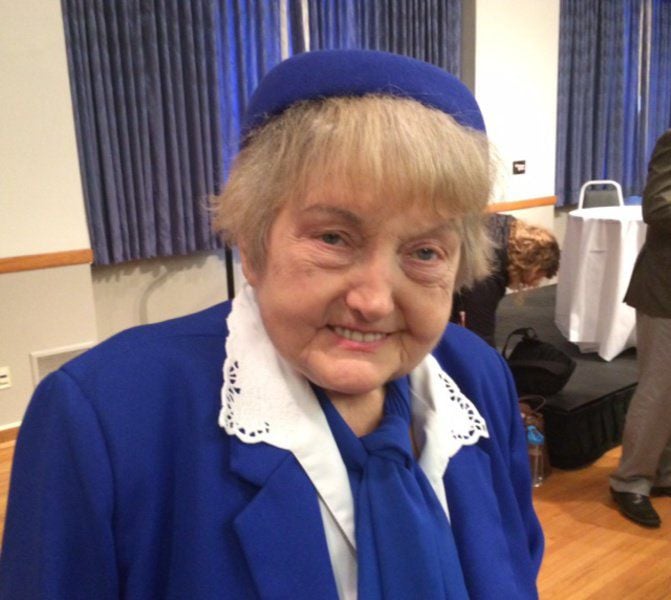 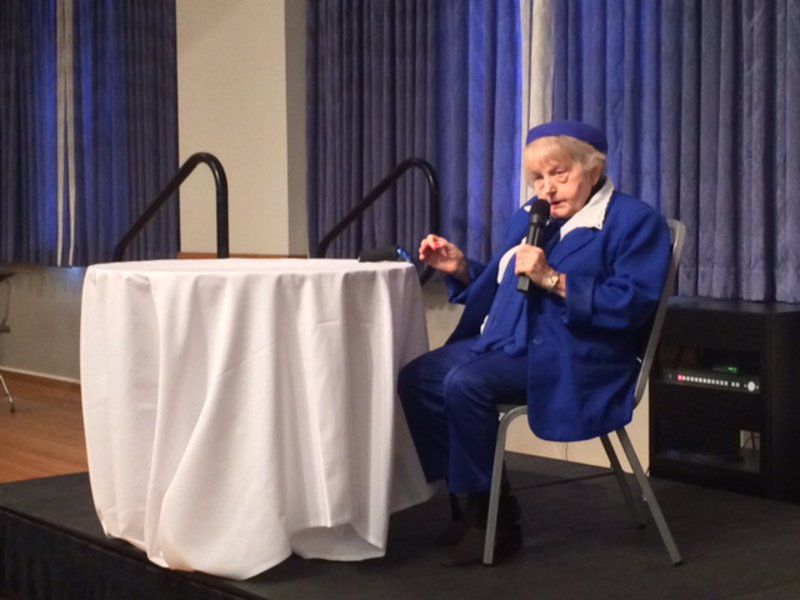 Before she forgave the Nazis for concentration camp atrocities, Eva Kor had been a victim — and, understandably, an angry one.

“I was a really good victim and proud to be a victim. I hated everybody,” she said Wednesday as a speaker at an International Women’s Day event at Indiana State University.

But eventually, she forgave her former tormentors — first, Dr. Hans Munch, a Nazi doctor at Auschwitz who witnessed the selection process and gassing of thousands of innocent people, and then, Dr. Josef Mengele himself — the Angel of Death — who was responsible for medical experimentation on Eva and twin sister, Miriam.

Munch had agreed to meet Kor at his home in Germany in 1993, where she videotaped an interview with him. After the meeting, Eva wrote Munch a letter of forgiveness. The two met in Auschwitz in 1995, where he signed documentation of the gas chambers, and Eva also issued a declaration of amnesty to all Nazis.

With that forgiveness, “I felt all the pain and anger I carried for 50 years was lifted from my shoulder,” she said. “I was no longer a victim of Auschwitz, nor was I a prisoner of my tragic past.”

All victims everywhere are hurt and angry; they feel hopeless, helpless and powerless. “I discovered I had one power — to forgive,” she said.

As she looks upon today’s world, “It is full of many angry people,” Kor said while speaking in the Tirey Hall Heritage Ballroom. “Anger is the seed for war. … Forgiveness is the seed for peace.”

Appealing to her audience, Kor said, “I need all of you to help me sow the seeds of peace throughout the world.”

The 83-year-old now uses Twitter to spread her message of forgiveness, and invited audience members to follow her.

Kor’s story of survival at Auschwitz — and Nazi experimentation at the hands of Mengele — is known worldwide, but for some people Wednesday, it was their first time to hear her speak. She described the horrors of the concentration camp, of being sick, starving and starved for human kindness and the love of her parents — who were killed by the Nazis.

She described being separated, forever, from her parents and siblings at the Auschwitz selection platform; of receiving injections that still remain a mystery to her; of seeing dead bodies of those who did not survive the camp.

“We were little girls,” Kor said of herself, and Miriam, age 10 at the time. “To survive, we needed luck and an unbelievable will to live.”

Kor, who spoke for more than an hour, left her audience with a few other life lessons, based on experiences “from my most unusual life.”

“Never, ever give up on yourself or your dreams,” she told them. “If you give up, nothing will happen.”

For those who keep hammering away, “It is amazing what our wonderful minds can do,” she said. She had no idea how to survive Auschwitz. Yet, “Here I am today, 72 years after liberation, and I’m very glad to be alive. I tried different things, and they worked.”

She challenged her audience, especially students, to “be the best you can be. Learn everything you can ... right here at Indiana State University and the world surrounding you. Become smart.”

She also asked them to practice kindness. “Kindness is in great need in the world. It doesn’t take a lot of money.” Those who are kind and caring will be happier themselves through the joy they give to others, Kor said.

In middle and high school, she urges the more popular students to sit with those who are by themselves. “You will change the lives of those kids,” she said.

Among those who sat in the audience were Crystal Myers, who works at ISU, and her mom Eileen Wallace. Eva Kor “is inspirational,” Myers said. “The part that resonated with me most was when she said forgiveness is the seed to peace. We’ve all been through difficult things in our lives... [Kor has] shown me that maybe I need to start my steps of forgiveness.”