Ted Green and Mika Brown have spent nearly two years chronicling the life of Auschwitz survivor Eva Mozes Kor of Terre Haute, whose message of forgiveness has inspired many. 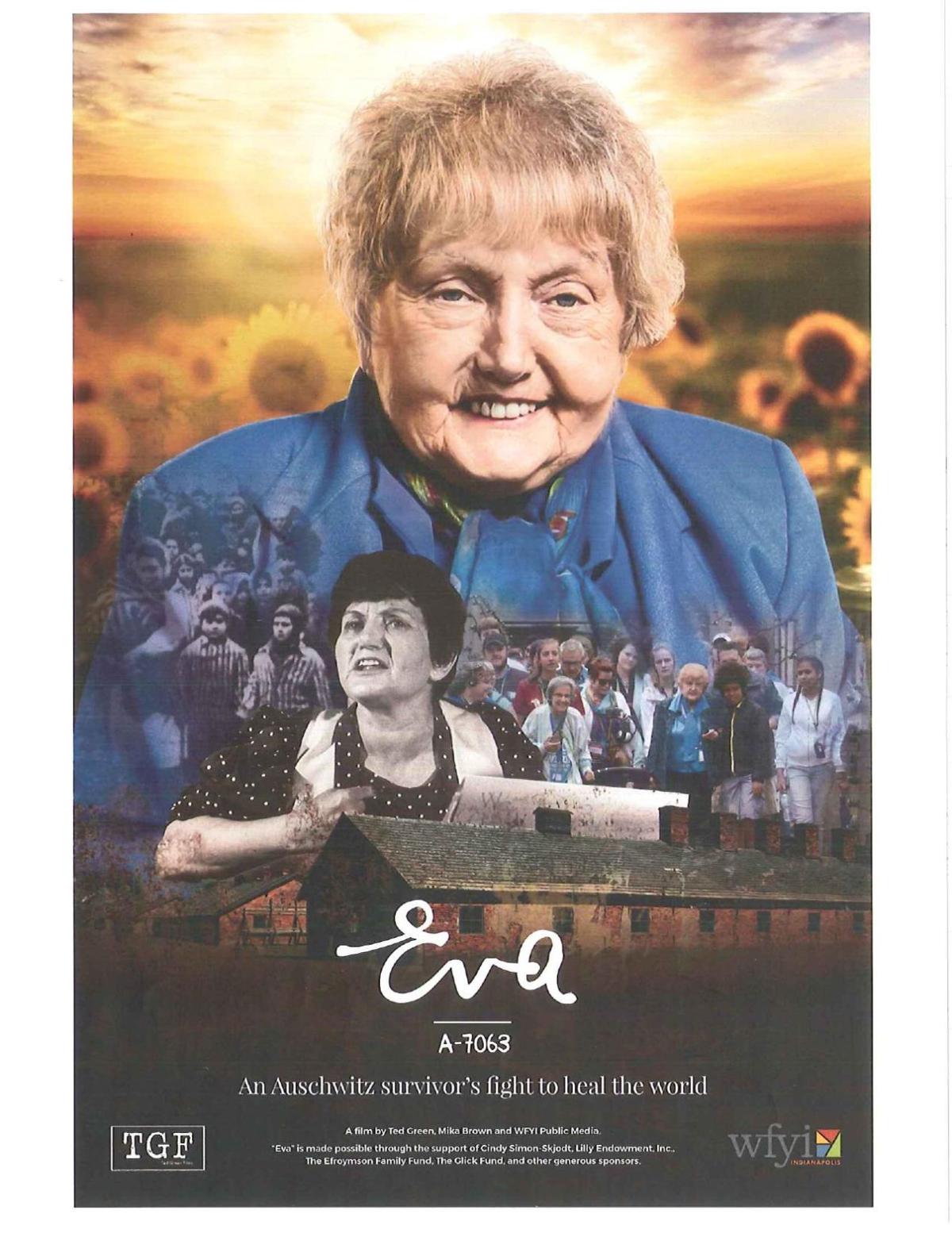 With the documentary nearing completion, the world premiere of “Eva” has been set for April 5 at Clowes Memorial Hall at Butler University. Tickets, which are $40, go on sale at 10 a.m. Jan. 19 at the Clowes box office and at ticketmaster.com.

A second premier, in Terre Haute, is set for April 14 at Indiana State University’s Tilson Auditorium.

Kor says she hopes the film shows viewers worldwide what she has tried to share for the past 23 years. “I am convinced 100 percent, without a shadow of a doubt…that forgiveness is the only solution to create peace in the world.”

Forgiveness is a skill for life that needs to be taught, and it is a seed for peace. “Instead of fighting and killing, we have a much better solution, and we can be happier people,” she said.

The film, produced by WFYI Public Media in collaboration with Ted Green Films and Mika Brown, tells the story of Kor’s journey from Romanian Jewish farm girl to Nazi death camp survivor to leading global force on the power of healing through forgiveness.

Now, the 4-foot, 9-inch, 83-year-old woman from Terre Haute travels the world to promote what she has learned — peace, humanity and healing.

“It’s been two of the most amazing years of my life,” Green said in an interview Thursday. “It has brought such tremendous insight into her past and into Eva, herself.”

Green and Brown traveled with Kor to Auschwitz, twice; they stood with her as she visited the grave of her twin sister, Miriam, in Israel; and they took her out on a boat at the port of Haifa, the same port where Eva and Miriam had arrived in Israel in 1950 after living for years under first the Nazis, and then communists.

As the twin sisters sailed toward Israel in 1950 at the port of Haifa, the then 16-year-olds — along with other Holocaust survivors — spontaneously stood and sang the Israeli national anthem. When Green and Brown took Kor out on a boat this past summer, “All of a sudden, out of the blue, she broke into the Israeli national anthem while out there and looking at the shore. It’s one of those moments I’ll never forget as long as I live,” Green said.

They also walked with Kor through her home town of Portz, Transylvania in Romania, where the Mozes family was the only Jewish family in town. They went to the one-room school house where the twin sisters were made fun of because they were Jewish.

By traveling with her, “It gave me a greater understanding of her and what she went through. It caused her to open up more, emotionally ... and bless her heart, she did open up to us. She trusted us. I think she sees this as her legacy story, and she wants it told right, with warts and all,” Green said.

He saw her relive some painful memories, “and the reason she can do it is because she has come to forgiveness,” he said.

The premier is open to the public and it will be a “blue carpet” event; blue is Kor’s favorite color. “We’re very excited about it,” Green said. He anticipates many special guests.

Kor is known worldwide now, he noted, and an interview she did with Buzzfeed has been viewed more than 180 million times.

“This is a pretty incredible person living in our midst, and it’s time for her to be celebrated as never before,” he said. The documentary’s central theme is the power of a single, dedicated person to change the world, and he hopes Kor inspires others to work toward positive changes.

The goal is for “Eva” to be distributed not just in Indiana, but nationally and internationally.

For the Terre Haute premier, WFYI, CANDLES Holocaust Museum and ISU are partnering. Ticket information and details will be announced next month.

Narrated by Hollywood icon Ed Asner, “Eva” includes on-camera appearances from CNN’s Wolf Blitzer, former NBA great Ray Allen, TV and movie star Elliot Gould and many others who reveal touching accounts of Kor’s impact on their own lives. The premiere is a partnership with Butler University and Heartland Film.

Learn more about Eva the person and “Eva” the film at TheStoryofEva.com.