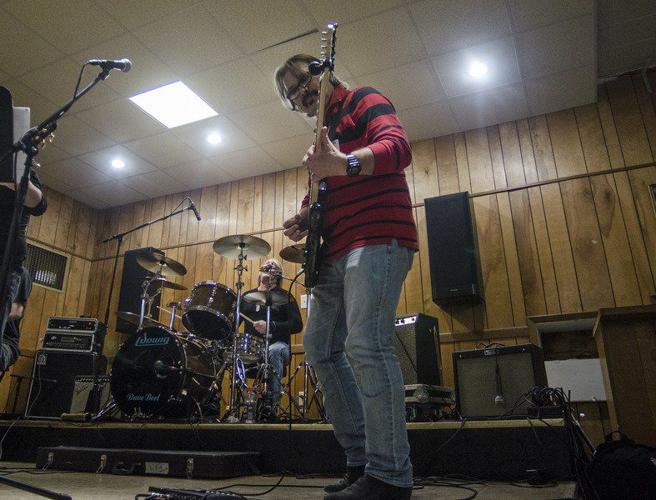 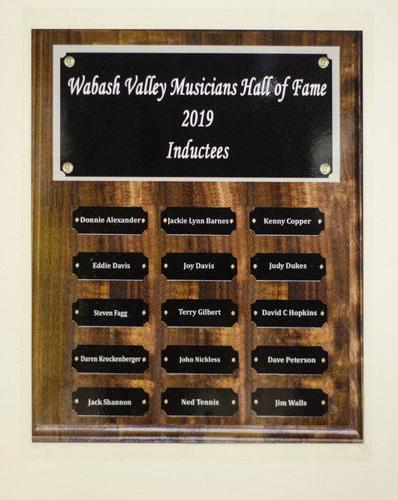 Tribune-Star/Austen LeakeNew class: The 2019 inductees into the Wabash Valley Musicians Hall of Fame were honored on Sunday at the Zorah Shrine. 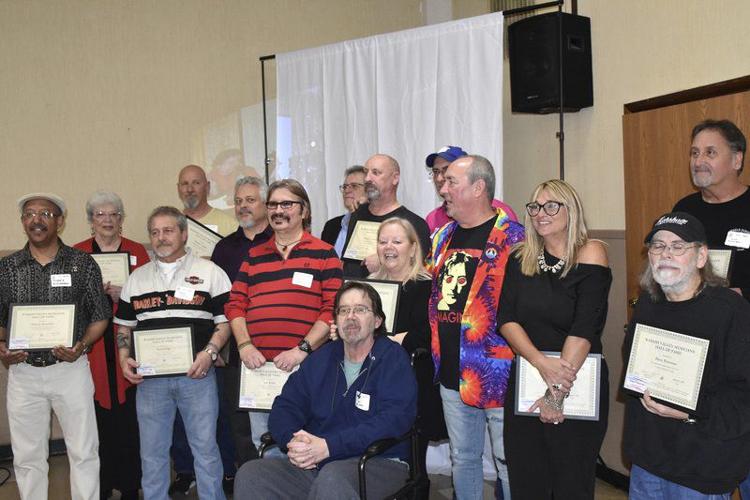 Submitted photoThe group: The 2019 inductees into the Wabash Valley Musicians Hall of Fame were honored on Sunday at the Zorah Shrine. 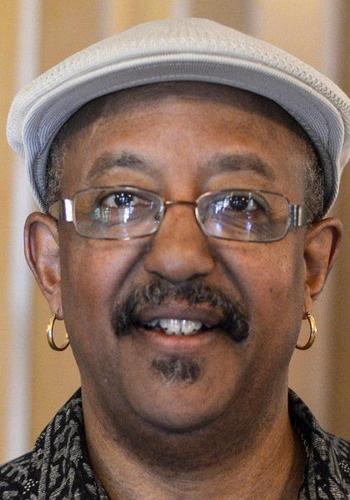 Tribune-Star/Austen LeakeNew class: The 2019 inductees into the Wabash Valley Musicians Hall of Fame were honored on Sunday at the Zorah Shrine.

Submitted photoThe group: The 2019 inductees into the Wabash Valley Musicians Hall of Fame were honored on Sunday at the Zorah Shrine.

Donnie Alexander, 63, initially professed that he “came out of the womb playing drums” before later acknowledging he was actually 2 years old before he began.

Some quick math reveals Daren Krockenberger, 53, was about 8 when he bought his first set of drums in 1974.

The two percussionists were among 15 performers inducted into the Wabash Valley Musicians Hall of Fame on Sunday during ceremonies at the Zorah Shrine building in Terre Haute.

“I’m very humbled and flattered” by the honor, said Alexander, of the “‘71 Band.” He thanked “all the people that pushed me along the way. Never in a million years did I ever think this was going to happen.”

The Paris, Illinois, native has performed not only in his home town but also in Terre Haute and in Danville, Charleston and Mattoon, Illinois

As for the drums Krockenberger picked up at a yard sale, his parents “weren’t really happy but they put up with it enough for me to do it.”

He called it “a major honor” to make the Hall of Fame.

“There are some great musicians in this area,” he said. “We’re blessed in Vigo County.”

Most area musicians don’t perform full time, though it may seem like it to some at times. Alexander is a teacher’s aide in Marshall while Krockenberger, a Terre Haute resident, operates a butcher shop in Farmersburg.

Nearly 400 people have been inducted into the hall during the past quarter century or so.

To be considered, musicians must be at least 50 years old and must have been performing publicly for 25 years or more. They can apply on their own or be nominated.

Between 40 and 100 people apply each year, said Mark Wright, a Hall of Fame board member.

“It’s kind of hard to get in the first year when you’re 50,” Wright said. “We may give a little more consideration to the older applicants.”

The hall is open to musicians from eight Indiana counties and three from Illinois.

It’s not only percussionists in the hall’s 2019 class. Judy Dukes, who is known throughout Indiana as a jazz singer, guitarist David Hopkins and Ned Tennis, leader of the “retro pop/post Beatles” band, the Nedtones, are among this year’s 15 inductees.

Like Alexander, Tennis is from Illinois. Marshall is his home town.

“We love to the see the area’s smaller towns represented,” said Wright.

The Musicians Hall of Fame is important “to keep the music coming,” said Krockenberger. “We need to get our younger generation (interested). It’s good stuff.”

Music is “the universal language,” said Alexander. “It soothes the savage beast, so to speak. It takes you up, takes you down, mellows you out. It’s the soundtrack to your life.”