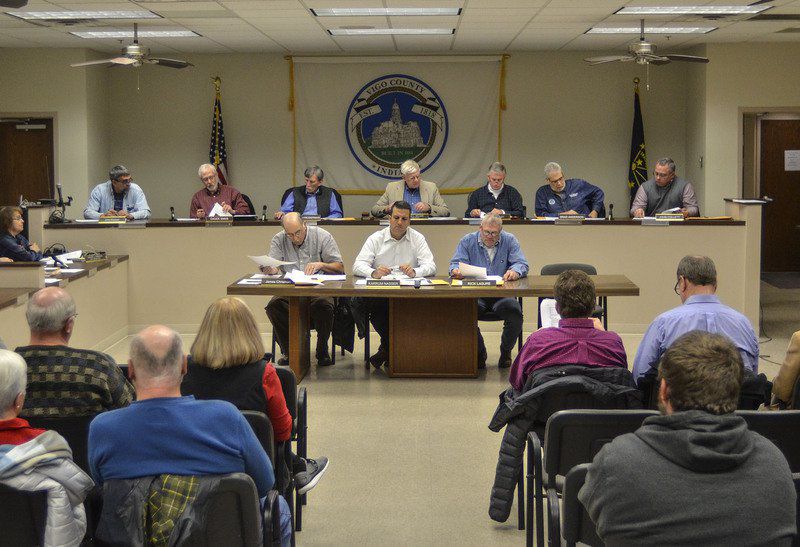 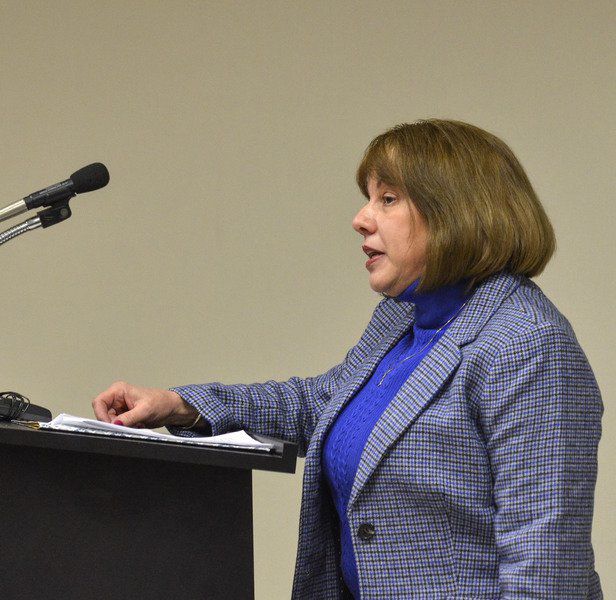 Tribune-Star/Austen LeakeMaking her voice heard: Rita Bryant-Miles talks about the impact the Dollar General would have on her northside neighborhood during Wednesday’s Vigo County Area Plan Commission meeting at the Vigo County Annex.

Tribune-Star/Austen LeakeMaking her voice heard: Rita Bryant-Miles talks about the impact the Dollar General would have on her northside neighborhood during Wednesday’s Vigo County Area Plan Commission meeting at the Vigo County Annex.

The commission voted unanimously to approve a subdivision of the 127-acre former Pfizer property on which Saturn Petcare plans to begin production of wet dog food in the first quarter of 2020.

The Vigo County Redevelopment Commission recently accepted a bid from Saturn Petcare to buy the property for $1 in exchange for the company’s commitment to invest $39 million and create 200 jobs within five years. Those jobs will pay an average of $18.60 per hour.

As a condition of sale, Vigo County Area Planning Department Executive Director Jared Bayler said Saturn Petcare was to subdivide the property so the county could retain 120 acres for possible future development in the Vigo County Industrial Park.

“It was really a straightforward request,” Bayler said of Saturn Petcare’s petition to subdivide the property. “All the infrastructure is in place, they were just simply dividing off acreage they didn’t feel they’d need or use.”

Also at Wednesday’s meeting, neighbors near a planned new Dollar General store at 5781 N. Clinton St. gave the commission an earful and left no doubt as to where they stand on the ongoing development.

Robert Bryant told the commission he felt the whole development was “covertly planned” and was a foregone conclusion long before the public was made aware.

“I feel we were not even listened to or considered,” Bryant said of the handful of opponents in attendance and hundreds more who signed a petition against the commercial development in a residential neighborhood.

“It seems like they’d already made up their minds and made their decisions before we ever walked in the door.”

And while the neighbors were sour about the development, the petition presented at Wednesday’s meeting had nothing to do with whether or not to allow a Dollar General on the property, Bayler said.

“All we decided tonight was whether the petitioner would be allowed to the existing building site from the excess acreage surrounding it,” Bayler said. The request was approved, with only Commission member Karrum Nasser voting against.

In short, Bayler said, as the 5781 N. Clinton property was already zoned for commercial development there was likely nothing residents could do about it other than buy the property before a developer did.

“The most common argument we hear from neighbors is ‘NIMBY,’ or not in my backyard,” Bayler said. “And a lot of time these folks have legitimate concerns — whether that’s with stormwater drainage or land use that might impact future homeowners — but there are zoning ordinances that address those concerns.”