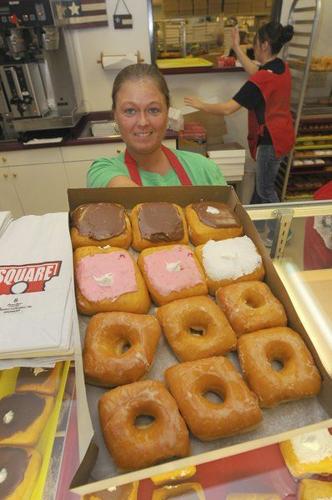 Coffee with that?: In a file photo, Square Donuts employee MichelleGriffin shows off a box of the Terre Hautecompany’s products at its Wabash Avenue store.Tribune-Star file/Jim Avelis 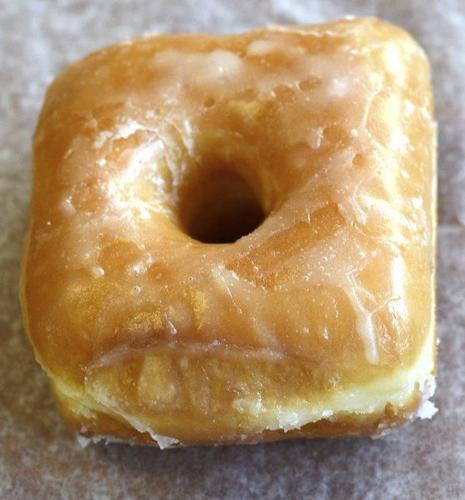 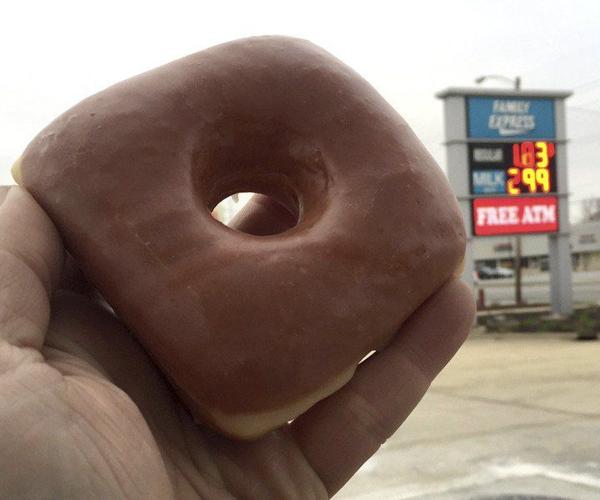 AP/Tribune-StarTwice-told tale: Above is a donut sold at Family Express in Highland. At top is a donut from Square Donuts in Terre Haute.

Coffee with that?: In a file photo, Square Donuts employee MichelleGriffin shows off a box of the Terre Hautecompany’s products at its Wabash Avenue store.Tribune-Star file/Jim Avelis

AP/Tribune-StarTwice-told tale: Above is a donut sold at Family Express in Highland. At top is a donut from Square Donuts in Terre Haute.

An attorney representing Terre Haute-based Square Donuts takes issue with a northern Indiana business’ assertion that it has a right to sell its own brand of “square donuts.”

Charles Meyer, who represents Richard A. Comer Jr. and his business Square Donuts Inc., said he disagrees with claims by Family Express convenience stores that the Valparaiso-based chain is not infringing on the trademarked name of Square Donuts, which was established as a family-owned business in Terre Haute in the 1960s and now has nine locations in Indiana.

“It’s a well-established name, and we want to protect that,” Meyer told the Tribune-Star on Monday.

Attempts were made to reach Comer for comment on Monday; a sign on the door of the Square Donuts location at 935 Wabash Ave. stated that the donut shop was closed because the Easter holiday.

A lawsuit filed Thursday in federal court by Family Express Corp. seeks the right to continue to describe its square-shaped donuts sold in in its convenience stores as “square donuts.” The company began operating retail convenience stores in northern Indiana in 1975, the court complaint states, and began using the “square donuts” name in 2005 to describe the shape of its product.

It was in January 2006 that Comer’s family-owned business sent a cease and desist letter to Family Express claiming trademark rights for the “square donuts” name. Family Express claims that it responded about two weeks later explaining that no infringement existed for its descriptive.

On Jan. 27, the U.S. Patent and Trademark Office refused to register Family Express’ “square donuts” mark on the grounds of “likely confusion” with the Terre Haute-based company’s trademark.

Family Express has now asked a federal court to declare that there is no infringement on the “square donuts” trademark, and to cancel the Terre Haute trademark held by the Terre Haute business.

A request by the Tribune-Star for comment from the Family Express attorney was not returned.

Meyer stated that it is common for such lawsuits to take several months or years to resolve through the court system.

A search for other registrations of “square donuts” in the U.S. Patent and Trademark Office online system showed that a 2004 application by a Houston, Texas, company to use the same words was later canceled, while similar applications by a Houston business in 2002 and a Florida business in 1998 were abandoned.