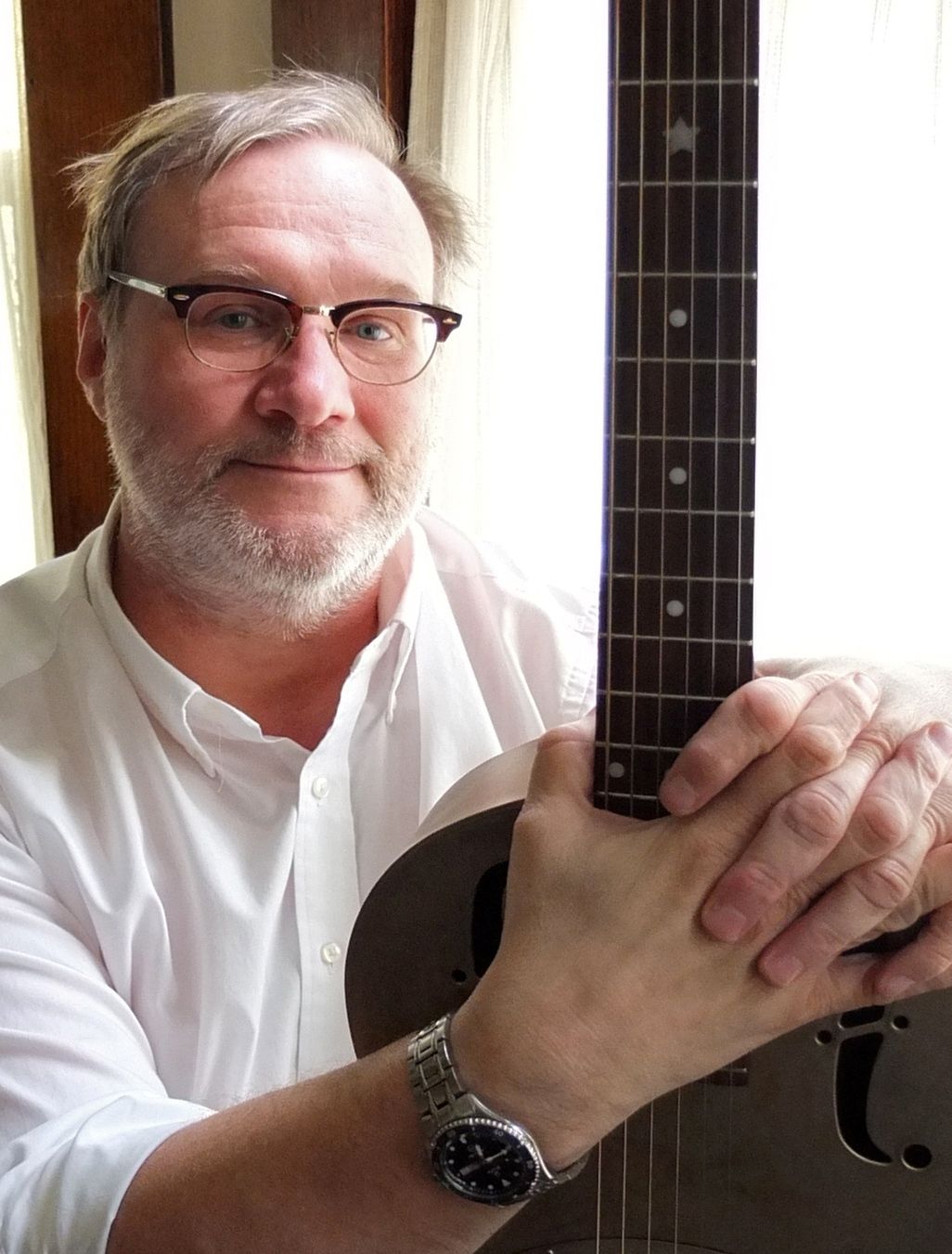 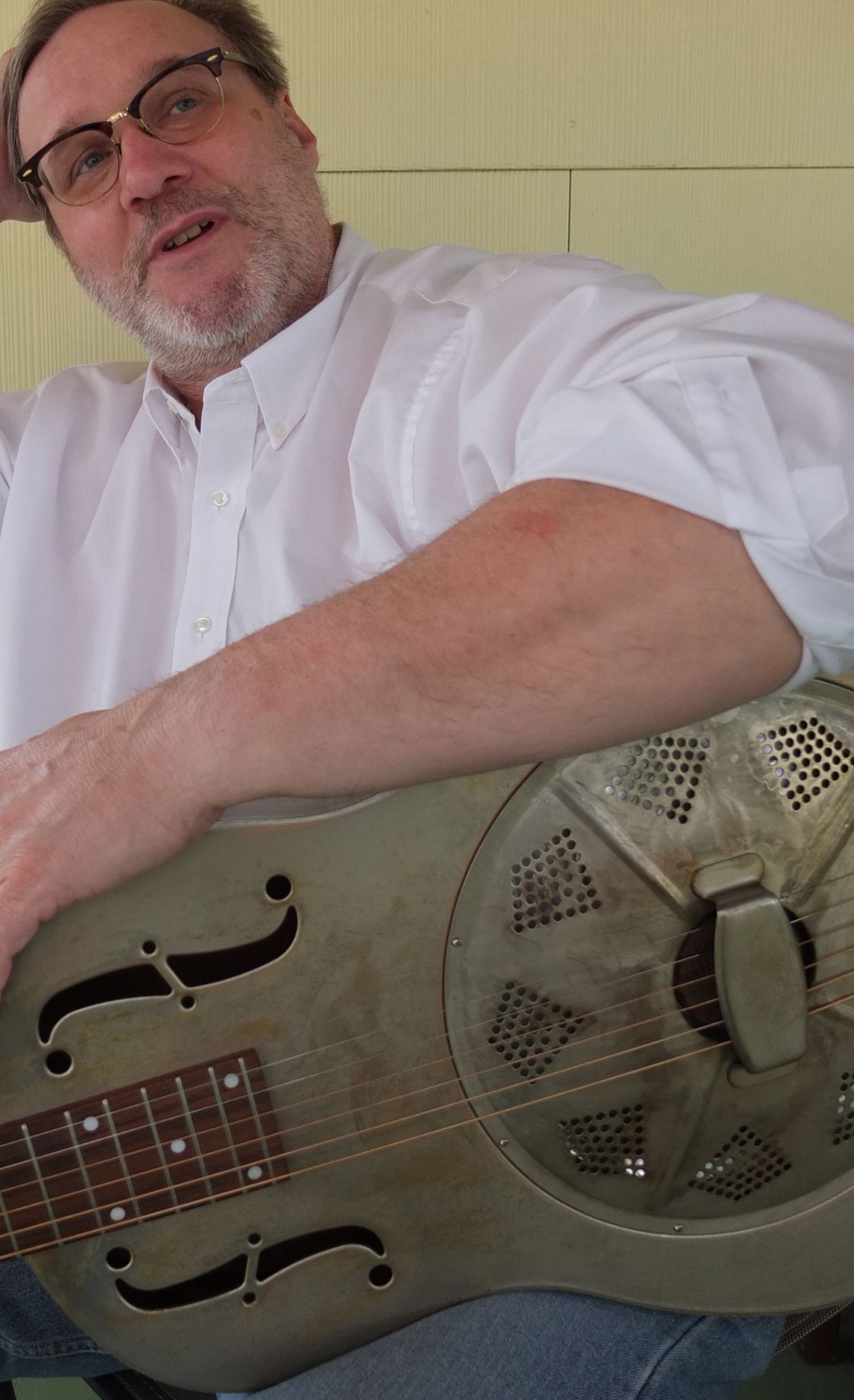 Winner: David Hanners won a Pulitzer while working at the Dallas Morning News for stories about the investigation into a plane crash.

Winner: David Hanners won a Pulitzer while working at the Dallas Morning News for stories about the investigation into a plane crash.

Pieces of Terre Haute’s infamous past gather dust in the town’s metaphorical attic. Closed-up, old baggage — forever linked, like it or not, to the historical record.

Real people lived through those times, but as generations pass, memories of those characters fade and disappear.

David Hanners came across their stories a few years ago. Born in Terre Haute and raised in nearby Casey, Ill., the saga fascinated Hanners, who now lives in St. Paul, Minn. The 58-year-old singer-songwriter — also a Pulitzer Prize-winning journalist — turned those tales into music. His new album, “There Are No Secrets in This Town,” explores life in Terre Haute as seen through the eyes of a madam in the city’s notorious “Red Light District,” also known as the West End. An interviewer from the Vigo County Oral History Project captured the recollections of this former brothel proprietor in 1981. The madam, whose identity was kept anonymous, was 78 years old then. She had operated a prostitution house in the district from the 1920s to the ’60s.

That setting provides the context of Hanners’ lyrics, but merely amounts to the backdrop of the album. The stories aren’t salacious. The madam discussed everything but sex in that history project interview 32 years ago. Instead, the 11 songs Hanners drew from her words are poignant, sad and intriguing, emotions enhanced by his gritty vocal narrative and the authentic, sparse, prairie-folk sound.

“I don’t mean any of this to condone her line of work,” Hanners emphasized. He quoted a line from the 1960s rock song, “House of the Rising Sun,” that the vice “has been the ruin of many a poor boy or girl.”

“But the fact is, I found her just so fascinating in what she talked about and the way she talked about it,” Hanners said. The madam described the lives of those she encountered. As Hanners wrote in the notes for the CD, “She talked about politics, culture, Prohibition, fashion and anything else that came into her head.”

The album “is a snapshot of how a certain group of people lived,” Hanners said in a telephone interview from St. Paul.

Telling such stories has long been Hanners’ vocation. He covers the crime and courts beat for the St. Paul Pioneer Press. The Indiana State University grad won a Pulitzer for explanatory journalism in 1989 while at the Dallas Morning News, following a 22-month investigation into a plane crash. During his years in Texas, a music hotbed, Hanners began writing songs. His study of the craft grew more serious after moving to St. Paul in 1994. Hanners now performs his folk tunes at clubs and coffeehouses around the Twin Cities. The Wabash Valley remains an influence for him, even from hundreds of miles away.

“You’ve got to be a good listener,” Hanners said, “and that’s what journalism trains you to do.”

The madam’s interview by the History Project — co-sponsored then by the Vigo County Public Library and the Wabash Valley Press Club — stayed on Hanners’ creative radar. The woman’s memories inspired him to write a half-dozen songs, initially. He considered compiling them into an extended-play disc, which typically contains eight or fewer tracks. He shared the songs with fellow St. Paul songwriter and studio producer Fred Grittner, who suggested Hanners develop a full album. When Hanners said he didn’t have enough songs, Grittner responded, “Well, write them.”

So he did, basing them on the madam’s reminiscences, primarily.

Hanners discovered that she “told great stories but sometimes her history was suspect.” One West End man had returned from World War II, unraveled by the experience of serving as a ball-turret gunner on the Enola Gay flight that dropped an atomic bomb on Hiroshima. Hanners, an aviation enthusiast, knew that bomber was a B-29 that lacked a ball turret. He also researched the Enola Gay’s flight manifest for the guy’s name, and he wasn’t on it. It turned out, though, the man was a flight engineer on a B-17 named “My Gal Sal” that crash landed on icy Greenland en route to England in 1942. The crew walked 26 miles in frigid conditions before being rescued. Life afterward was tough, and he wound up sweeping a bar in Terre Haute.

All of that led Hanners to write “My Gal Sal,” which isn’t to be confused with the famous Paul Dresser song by the same name.

The album also features musical vignettes about a prostitute who loved to show off a pair of New York City-made red shoes an infatuated customer bought her; “Factory Girls,” whose rough but legal work the madam chose to avoid; “Cherry Street” (the district’s main corridor); and James Jones (the Robinson, Ill., author of “From Here to Eternity” who frequented the West End), with the opening title track setting the stage and the closer, “In the Shadow of the Sweet Refrain,” summing up the compilation.

Also included are tracks based on historic places and events from the early 20th century such as “The Great Fontanet Disaster,” concerning a deadly explosion, and the “Coke and Carbon Blues,” inspired by a recent Tribune-Star story detailing the environmental hazards faced by workers at that old plant. “The Terre Haute Waltz” is “a simple love song to Terre Haute,” Hanners said.

The centerpiece is “Jimmy Dorris.” The song’s protagonist died from a fall down a set of stairs. He owned no suit in which he could be buried, so a West End madam pulled out one of her father’s and donated it. In his album notes, Hanners said, “It struck me as a touching story, a community of the fallen affording one last bit of dignity to one of their own.”

“They were just everyday people who came into contact with a line of work that most of us law-abiding citizens mystify,” he said.

“It does put a human face on a lot of the events,” Arney said, “which is pretty cool.”

Hanners recorded the CD, his third as a performer, in Grittner’s Black Crow Studio in St. Paul, accompanied by five musician-songwriters from that community. “It’s got a very earthy, direct-connect feel to it,” Arney said, who sees additional possibilities for the album.

“Frankly, I think it would make a good documentary,” Arney said.

The cover of “There Are No Secrets in This Town” is graced by a picture taken in the 1950s by Life magazine photographer Art Shay. He snapped the photo inside the Combo Bar in Terre Haute, when Life came to town to chronicle a headline-grabbing federal gambling bust. The back cover displays a postcard of Wabash Avenue in downtown Terre Haute, spiffy and bustling.

The Red Light district existed from the 1890s until the 1970s, when the city began tearing down the houses of ill-repute, according to historian Mike McCormick. For most of those decades, it functioned west of Third Street. In 1907, a British minister came to the city and, with the support of local churches, conducted a door-to-door census of prostitution houses, and found 95 in the city and 81 of those within the district, McCormick explained. The reverend counted more than 800 women employed as prostitutes in a city with a general population of 36,000.

Hanners aimed to capture a few of their stories, as relayed by the madam.

“She presented a whole world to us,” Hanners said, “and I was just trying to find a way to make some sense of it.”

Anyone interested in purchasing a copy of David Hanners’ album, “There Are No Secrets in This Town,” can order by email at dhanners55@gmail.com, or online at www.cdbaby.com/cd/davidhanners.