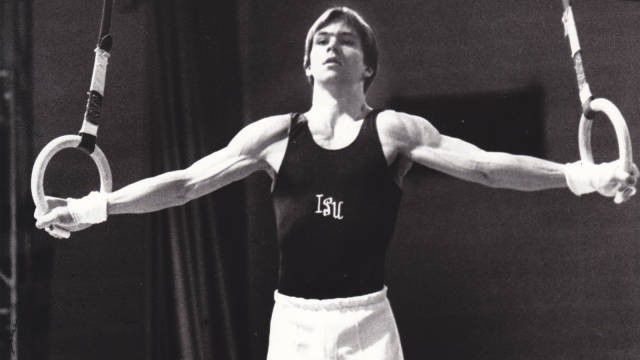 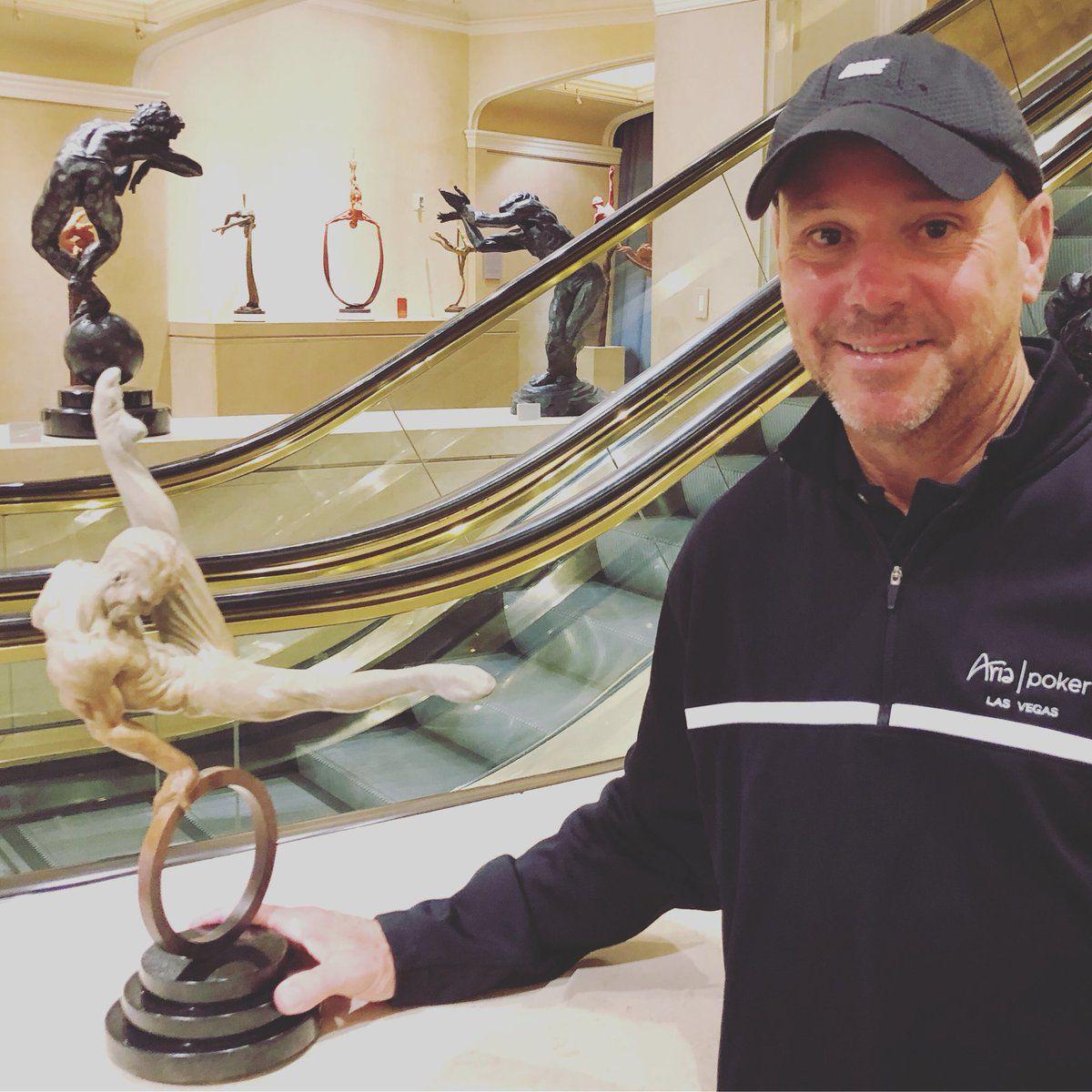 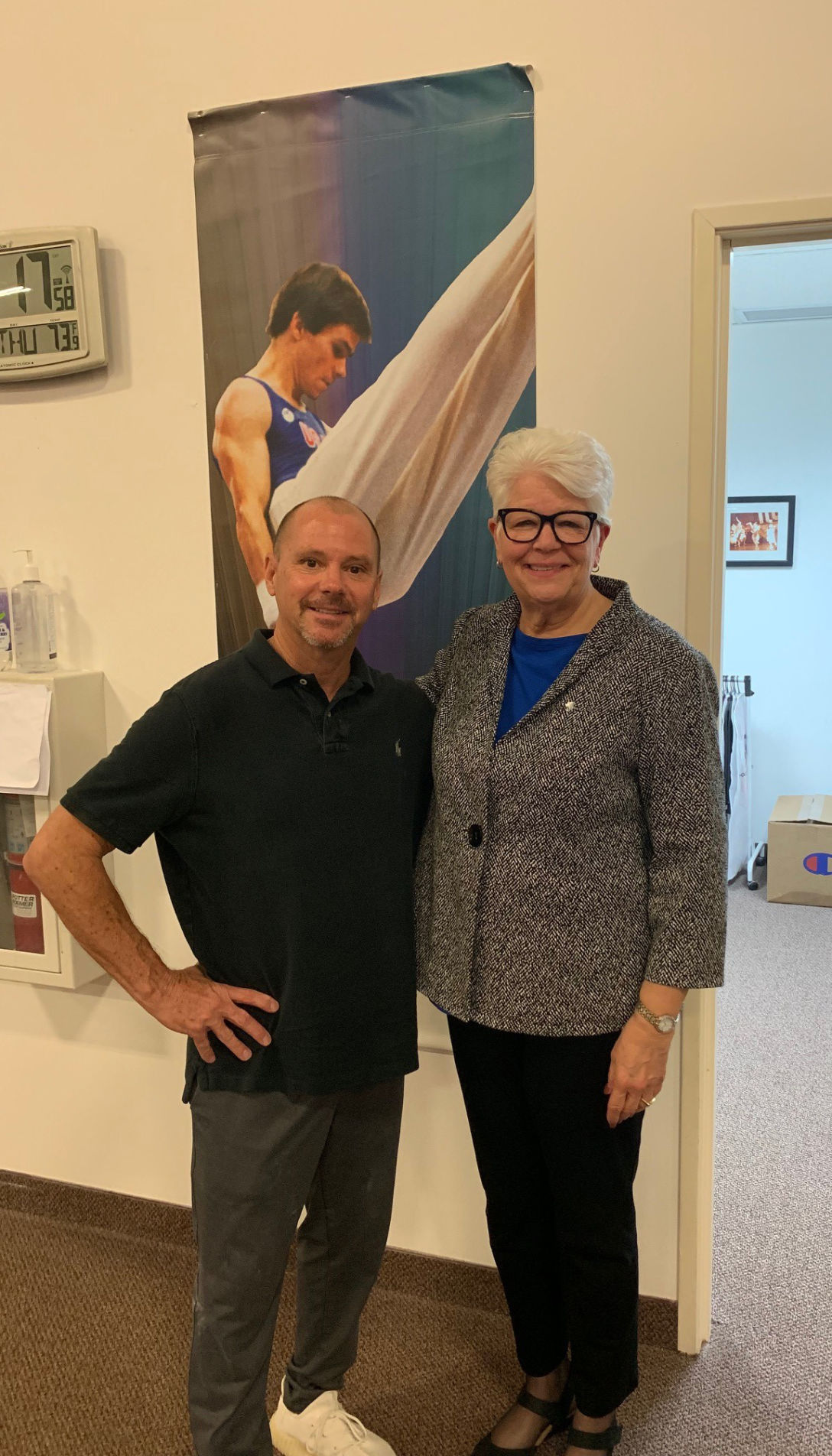 “We will be bringing Kurt Thomas back for recognition and his NCAA championship team” after the renovation is completed, she told Rotarians.

No date has been set.

She and Andrea Angel, ISU vice president for university advancement, met with Thomas during a recent visit to Texas and extended the offer to him.

“He was just blown away,” Curtis said.

The team never received championship rings, and she hopes that can be addressed.

Thomas led the ISU gymnastics team to the 1977 NCAA men’s title. In 1978, he also became the first American in 46 years to win a World Championship gold medal.

He would have been a gold medal contender at the 1980 Moscow Summer Olympic games, but that opportunity was never realized because of the U.S. boycott of the games that year. The boycott, announced by President Jimmy Carter, was in retaliation for the Soviet Union’s invasion of Afghanistan.

Thomas was known nationally and internationally for his gymnastics ability, and the New York Times had called him “the Baryshnikov and Balanchine of men’s gymnastics.”

According to the ISU athletics website, “Kurt Thomas ranks as one of Indiana State University’s greatest athletes. He is a four-time United States Gymnastics Federation champion as well as an Olympian.”

In 1975, he won five medals at the Pan-American Games; he also was a member of the 1976 U.S. Olympic Team, according to the ISU website.

In 1979, he was the Sullivan Award winner, given to nation’s top amateur athlete, and he is a member of the International Gymnastics Hall of Fame.

He also starred in the 1985 film “Gymkata” as an athlete sent by the U.S. government to compete in a deadly competition called “The Game.”

In a telephone interview Tuesday, Thomas said, “I’m very honored [President Curtis] invited us. I will be there,” and other teammates are expected to attend as well, he said.

Team members talked about getting together a long time ago, he said. Other colleges with national championships have celebrations and ring ceremonies, and while it may be 43 years after the fact for the ISU men’s gymnastics team, “We’re going to have a ring ceremony and if [President Curtis] can help us out, that’s terrific.”

He spoke highly of Curtis. “You have a very active, very pro-sports, very pro-ISU president there and she’s phenomenal,” Thomas said.

The 63-year-old Texas resident described happy memories of his years at ISU. “They say your college years are the best years of your life. For me, in Terre Haute, believe it or not — yes, they were the best of my life.”

He praised team members, his coach, the university and faculty. He was going to competition at the international level, which meant frequent and lengthy absences from ISU.

Asked about not being able to participate in the 1980 Olympics because of the boycott, he said, “I would have been on the team,” something he was told by the USA gymnastics president. “I was the No. 1 gymnast in the country.”

But winning gold was not a certainty.

“You have to go there and win. I probably would have won one event, if not two. But you never know. I could have placed 25th or 30th, too,” he said. He would have had to beat talented Soviet gymnasts in their homeland, “which would have been very difficult to do.”

About 10 years ago, a Russian gymnastics coach told Thomas that in preparation for the 1980 Olympics, “All we were doing was meeting about how to beat you. We weren’t sure how we were going to beat you, but we had to beat you. It was in Russia. “

Thomas recalled of the conversation, “That was very flattering to me.” He told the Russian coach, “You made my day.”

He goes in about four times a week and trains “the best of the best” athletes, while his wife runs the program. “It’s a good life for us. We’re very blessed.”

Asked whether he still gets comments about his movie, “Gymkata,” he laughed, “It’s sad, but I’m known for Gymkata more than gymnastics now.”