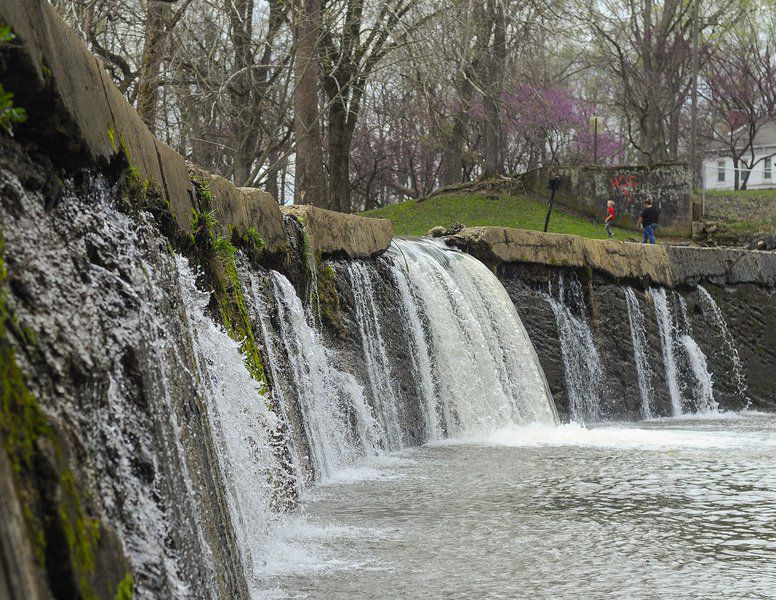 Tribune-Star file/Austen Leake Take caution: The water at Old Mill Dam is very scenic but it can also be very dangerous and even deadly. 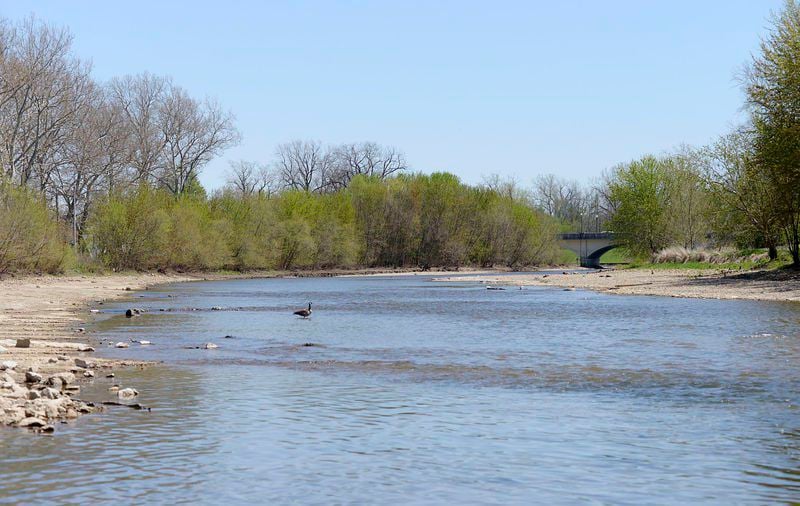 CNHI News Indiana/Don Knight  The White River through McCulloch Park in Muncie has returned to a free-flowing waterway after two low-head dams were removed last year. 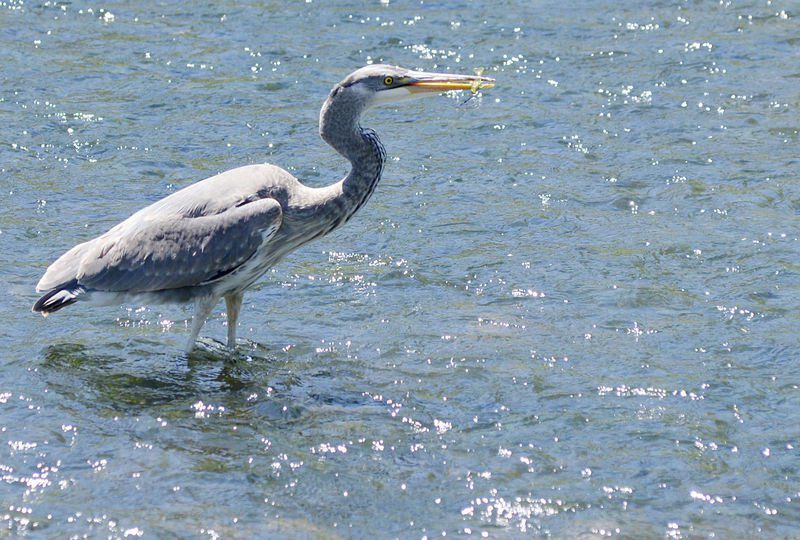 CNHI News Indiana/Don Knight  A great blue heron catches a meal in a riffle of the White River in Muncie, where the city removed two low-head dams last year. 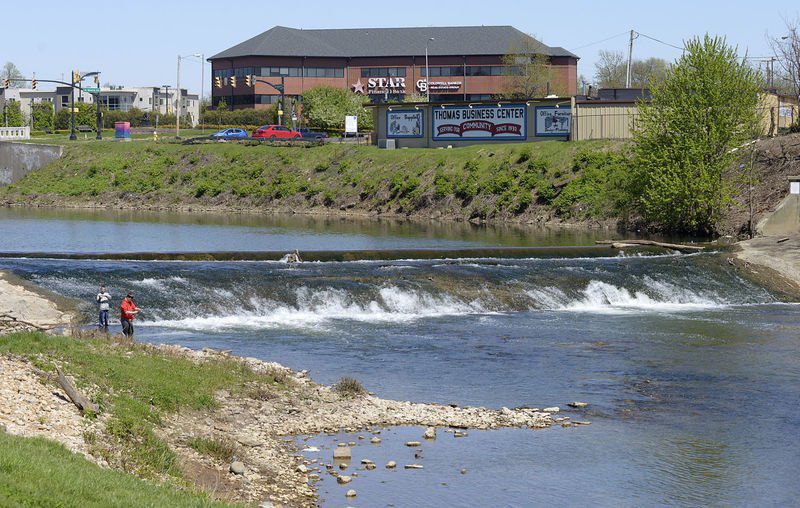 CNHI News Indiana/Don KnightDanger: A low-head dam on the White River is shown in Muncie. The city had two of its five low-head dams removed last year. 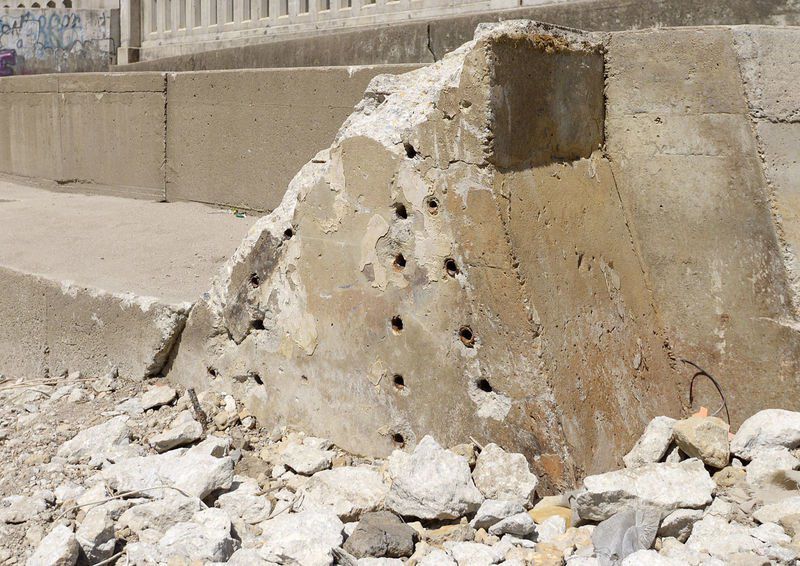 CNHI News Indiana/Don Knight Remnants of a low-head dam that was removed at McCulloch Park in Muncie last year. 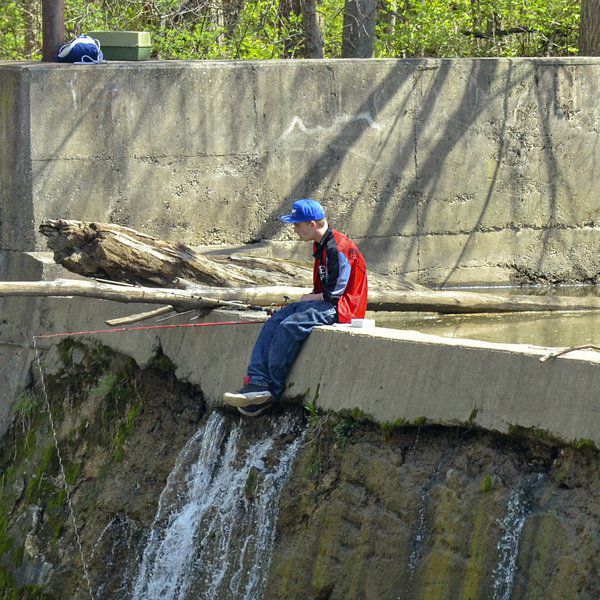 Tribune-Star file/Austen LeakeGamble: Although fishing from Old Mill Dam can net you a lot of fish, the risk of falling in remains high. 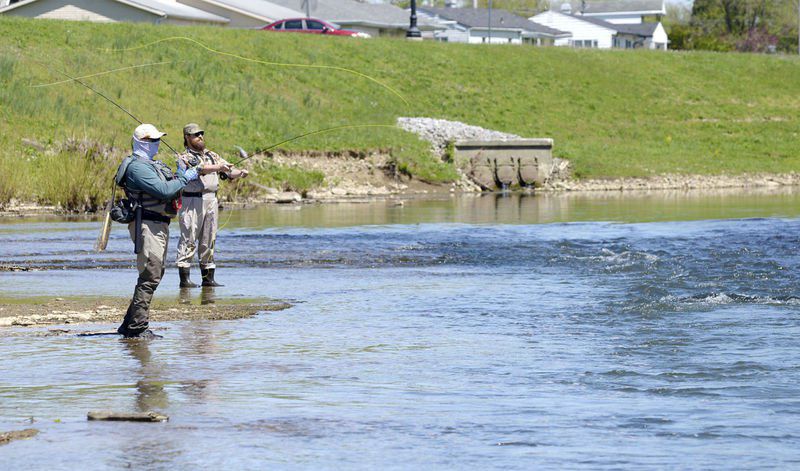 CNHI News Indiana/Don KnightFrom left, Stephan Jones and Declan Craven fish in May along a section of the White River in Muncie, where two low-head dams were removed last year. "It has really added to the fishable water," Jones said.

Tribune-Star file/Austen Leake Take caution: The water at Old Mill Dam is very scenic but it can also be very dangerous and even deadly.

CNHI News Indiana/Don Knight  The White River through McCulloch Park in Muncie has returned to a free-flowing waterway after two low-head dams were removed last year.

CNHI News Indiana/Don Knight Remnants of a low-head dam that was removed at McCulloch Park in Muncie last year.

A confluence of public safety, recreation and natural heritage concerns is powering an impetus to remove low-head dams across Indiana.

The state has more than 140 low-head dams. Most often made of concrete, they were built on Indiana’s rivers and streams to serve a variety of purposes, such as raising the water level upstream for ease of boat navigation, creating shallow waterfalls for the generation of hydro power, and pooling of water for supply or irrigation intake.

Many Hoosier low-head dams no longer serve a purpose but have been left in place because they’re costly to remove. A University of Rhode Island study published in 2017 reported that it costs from $381,000 to $456,000 to remove an average-sized dam of eight feet in height and 100 feet in length.

Ecological benefits of removing the dams include reestablishing natural flow, improved water quality, natural release and transport of sediment and connectivity of species living in the water, according to Indiana Department of Natural Resources fisheries biologist Matt Linn.

Once a dam is removed, flow and water temperature quickly return to their natural state.

“The stream or river typically just reverts back to where it wants to go almost immediately,” Linn said.

Stagnant water can stratify, meaning that warmer water collects at the surface above a cooler layer. But flowing water stays a consistent temperature, which improves water quality.

Conversely, stagnant water releases more sediment that can accumulate in front of the dam, changing the habitat. Removing the dam can reverse the sedimentation and improve the stream bed.

“Native species adapt back to that system the way it should naturally be very quickly,” Linn said.

According to a map maintained by American Rivers, 11 dams have been removed in Indiana, 10 of those since 2012 and four just last year.

Two of those were in the town of Corydon on Big Indian Creek.

“The dams were built as a water supply for the town in the ’50s,” said Cassie Hauswald, a freshwater ecologist with The Nature Conservancy. “The use was obsolete, because now the town gets their water from wells and the aquifer of the Ohio River.”

The Nature Conservancy approached the town about removing the dams, and after determining that doing so would not lead to flooding, the town agreed.

The project was funded by the U.S. Fish and Wildlife Service’s Fish Passage Program, DNR’s Lake and River Enhancement Program and The Nature Conservancy.

Restoring waterways can help restore species endangered in the state of Indiana.

“It’s hard to say how much of an impact dams are having on a specific endangered species, but certainly restoring streams back to their natural habitat by removing those will not hurt,” Linn said.

For example, freshwater mussels are a parasite that depend on fish to reproduce.

Dams obstructing the movement of fish can keep them from encountering mussels.

It also prohibits people from getting within 50 feet upstream or downstream of the dam.

The Department of Natural Resources has one year to list all the dams in the state that are capable of creating dangerous currents and also identify the owner of the dam.

Dam owners will be required to carry $1 million in liability insurance.

Avid fisherman Stephan Jones was fishing the stretch of river between the two former dams recently.

“It has really added to the fishable water,” said Jones, who considers the White River “one of the best smallmouth bass habitats there is.”

“Low-head dams can look calm and tranquil, but the reality is if you get too close or become stuck in that hydraulic of that dam it potentially can be a fatal incident,” DNR Conservation Officer Capt. Jet Quillen said.

DNR’s website includes a map of low-head dams to check before getting on the water, enabling water enthusiasts to plan portages around the dams.

“You can be going downstream and not know one is there, and that’s when a lot of accidents do happen,” Quillen noted.

The most recent fatalities at low-head dams in Indiana were in 2017 when three people died in three separate incidents on the Eel River in Whitley County, Big Walnut Creek in Putnam County and the White River in Marion County.

Hauswald is optimistic that the movement to remove low-head dams in the state is picking up steam.

“We have a great diversity of freshwater fish and mussels, and we can improve the habitat for all those things and improve recreation opportunities for Hoosiers,” she said. “Lots of miles of habitat reconnected is definitely why I’m in this game.”

In the Wabash Valley

Twenty-one-year-old Tyler E. Jackson was swept over the Markle Mill Dam after entering the water just a few yards south of the 1817 dam in the early morning. The creek was filled to bank level with fast-flowing water fed by recent heavy rains. It was the first drowning at the dam site since the county had operated the historic site as a park.

In July 2017, Putnam County experienced a death on Big Walnut Creek when a kayaker went over a low-head dam near the Greencastle water treatment plant.

The body of Timothy Wells, 29, of Indianapolis, was recovered downstream a few days later after water levels dropped on the creek. Wells was kayaking with a group of friends when he crossed the small waterfall caused by the dam.

Belongings of Wells were located within the boil line of the low head dam, but the kayaker was not seen resurfacing.

The Markle Mill dam was originally built of timber in 1817. It later became stone and concrete, spanning the entire creek and diverting the water’s energy to the western bank. The mill burned in 1938. Anyone visiting the park can see the remains of the mill’s foundation, and the now-grassy slope where wagons would pull up to unload grain.

A dam at Bridgeton in southern Parke County was built to feed water into the Bridgeton Mill, and it is built into the local historic tourist attraction that brings thousands of people to Parke County each fall. A gristmill at nearby Mansfield, now a state-operated tourism site, is also turned by water diverted by a low head dam.

About 75 percent of the low head dams on the state’s inventory are privately owned, and the upkeep is the responsibility of the property owners.

Removal of the Markle Mill Dam, in particular, has its opponents. Many local residents enjoy the park and the fishing there.

The wide, deep pool below the dam is a popular fishing site. And with good reason.

Retired Indiana State University professor John O. Whitaker Jr. spent decades monitoring the water species in Vigo County, and he has said the fish population below the dam is the best in the county.

The presence of the dam over this long period has had a tremendous influence on the fish community, he said during a 2017 interview. The water going over the dam has kept the bottom of the stream washed off and maintained in the area around the dam.

A large number of larger fish species live below the dam in the large, deep pool —- including sunfish, bass, suckers and catfish.

Whitaker has documented 78 fish species in the mill dam area. That is about 37 percent of the 211 fish species collected in the entire state, making it an important area for fish diversity.

Lisa Trigg of the Tribune-Star also contributed to this report.