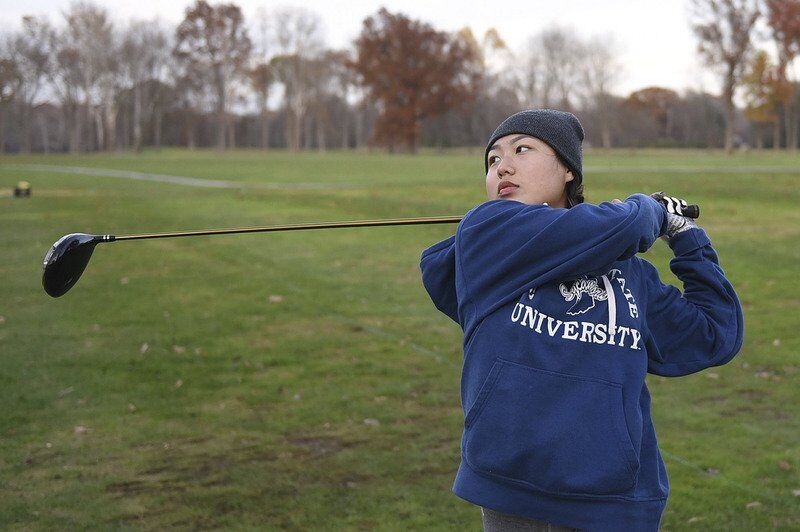 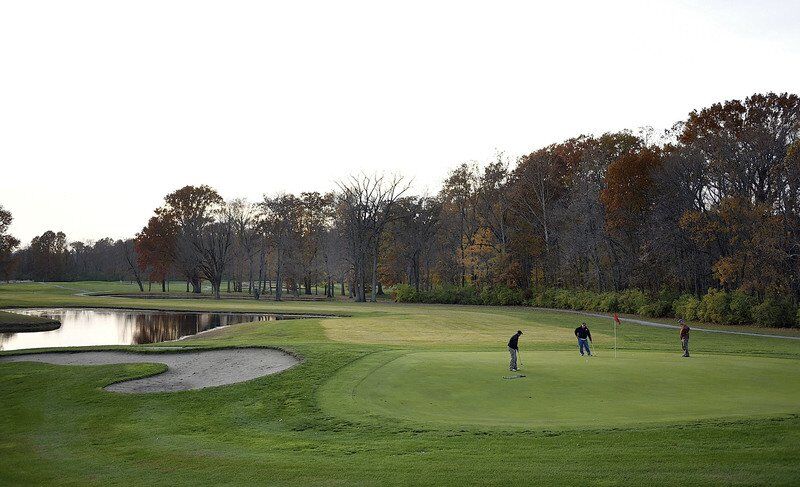 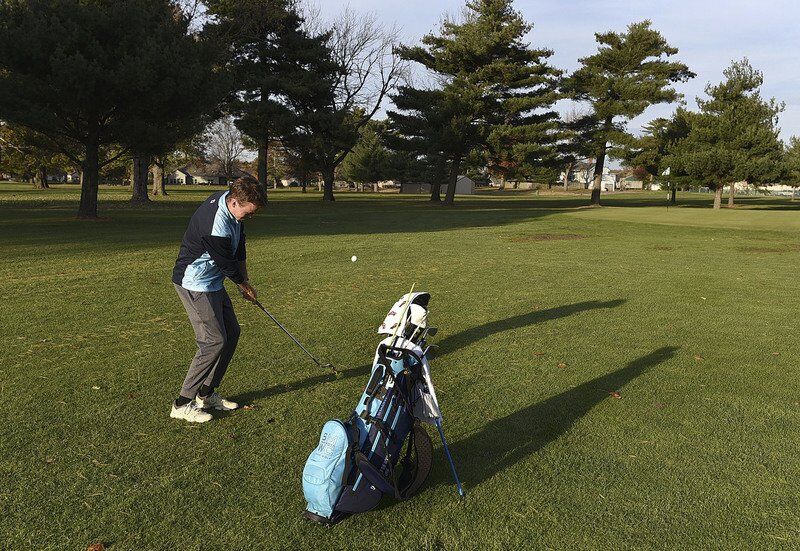 Rays over Rea: Logan Vernon, a junior at Saint Mary-of-the-Woods College from Bloomington, works on his game Tuesday under a sunny sky at Rea Park. Vernon, 21, plays on the men’s team at the college.Tribune-Star/Joseph C. Garza

“Golf is a cooler sport than when you and I were younger,” said Greg Towne, coach of Indiana State University’s women’s golf team. He also manages Terre Haute’s public golf courses, Hulman Links and Rea Park.

COVID-19 may have created untold havoc for many people and businesses, but it was a boon for Wabash Valley public golf courses. During 2020’s pandemic, being outdoors was generally considered a safer bet than being cooped up inside. As a result, Terre Haute’s public golf courses saw a spike in usage, and growth has been steady through 2021.

According to Mayor Duke Bennett, in 2020, an estimated 37,430 people played rounds at the courses. This year, the number was at 40,313 in mid-October. “It’s encouraging that we’ve had two straight years of significant growth,” Bennett said.

Illinois closed its golf courses during the pandemic, but Terre Haute saw few if any golfers get sick. “I was worried at first, but it probably helped people with their mental health, as well,” Towne said.

That said, Hulman Links is the lone line on the city’s budget of more than 100 different items that is running at a deficit, and Rea Park has a negative cash balance. Rea Park’s budget has been balanced, with revenue exceeding expenses next year for the first time, which will eventually pay off its past deficit.

Hulman Links is a more expensive course to maintain because it’s larger and features more slopes and water hazards than Rea Park, which is relatively flat. It also had a lot of trees that needed to be removed to improve the course’s site lines — about 2,000 trees have been removed this year. It also has fancier golf carts with GPS units.

“Rea Park is a perfect course for people who don’t want the big experience,” Bennett said. “Hulman Links is a totally different experience, more for that heavy-duty, serious golfer. People who like to play a tougher course are drawn to it more than Rea Park.

“Hulman Links has always been a class act within the state, and we want to get back to the point where we’re having those big tournaments come back to Terre Haute,” Bennett added. “People travel around the state — and they play Hulman Links. People say, ‘Man, you got to play Hulman Links.’ People expect a higher level there.”

Five years ago, zoysia grass was installed at Hulman Links and is now filling in throughout the course. Zoysia grass requires far fewer chemicals and doesn’t hog water like Bermuda grass — the greens need to be watered, but the fairways not so much.

“We intentionally planted it — it’s really solid,” Bennett said. “It’s much more tolerant to the heat and dry weather. That investment’s paying off.” Water bills at the courses are only about $3,000 a year.

Initially, the parks department couldn’t carry that weight, but the city’s improved economic situation has allowed it to do so. The courses’ budgets now only pay staff who operate the courses themselves and the food services program at Hulman Links. “It’s a better apples-to-apples comparison,” Bennett said.

Otherwise, there’s not much that can be reduced in those budgets. “We’ve hacked and slashed and reduced staff, we’ve been smarter about some of our purchasing, but $900,000 in revenue for two courses — I’m pretty happy with that,” Bennett said.

Bennett expects that the owner of the new casino will help balance Hulman Links’ budget. “We’ll sit down with the casino owner and develop some kind of agreement — whether they’ll pay us per golfer or pay us a flat fee and have all the access they want,” he said. “I’ve talked to different casinos in other communities and they do it different ways.”

The city’s First Tee program is also introducing Vigo County students to the sport in an effort to increase the number of local golfers. “If a few thousand see the game in gym class, a few hundred will want to play on a green on a course,” Towne said.

“The experience has to be good so that people want to come back and tell other people to play,” Bennett said. “That’s the key.”