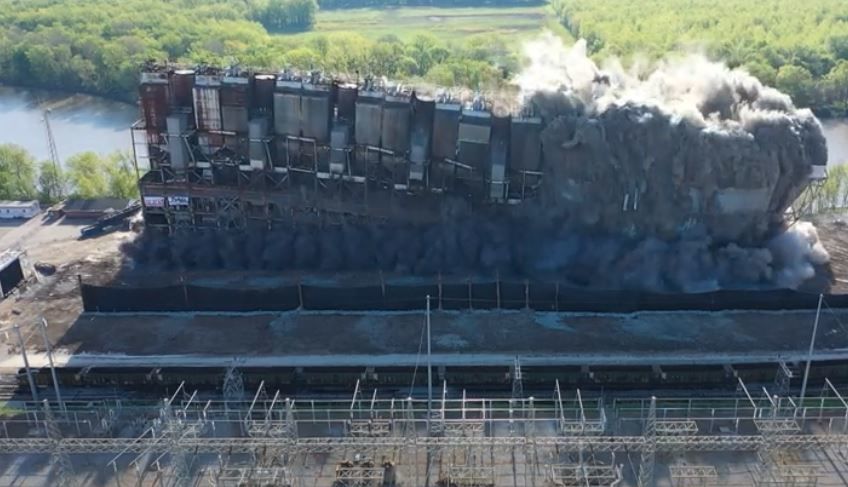 The former coal-fired power plant is located about 5 miles north of Terre Haute off Bolton Road between the Wabash River and and Indiana 63. 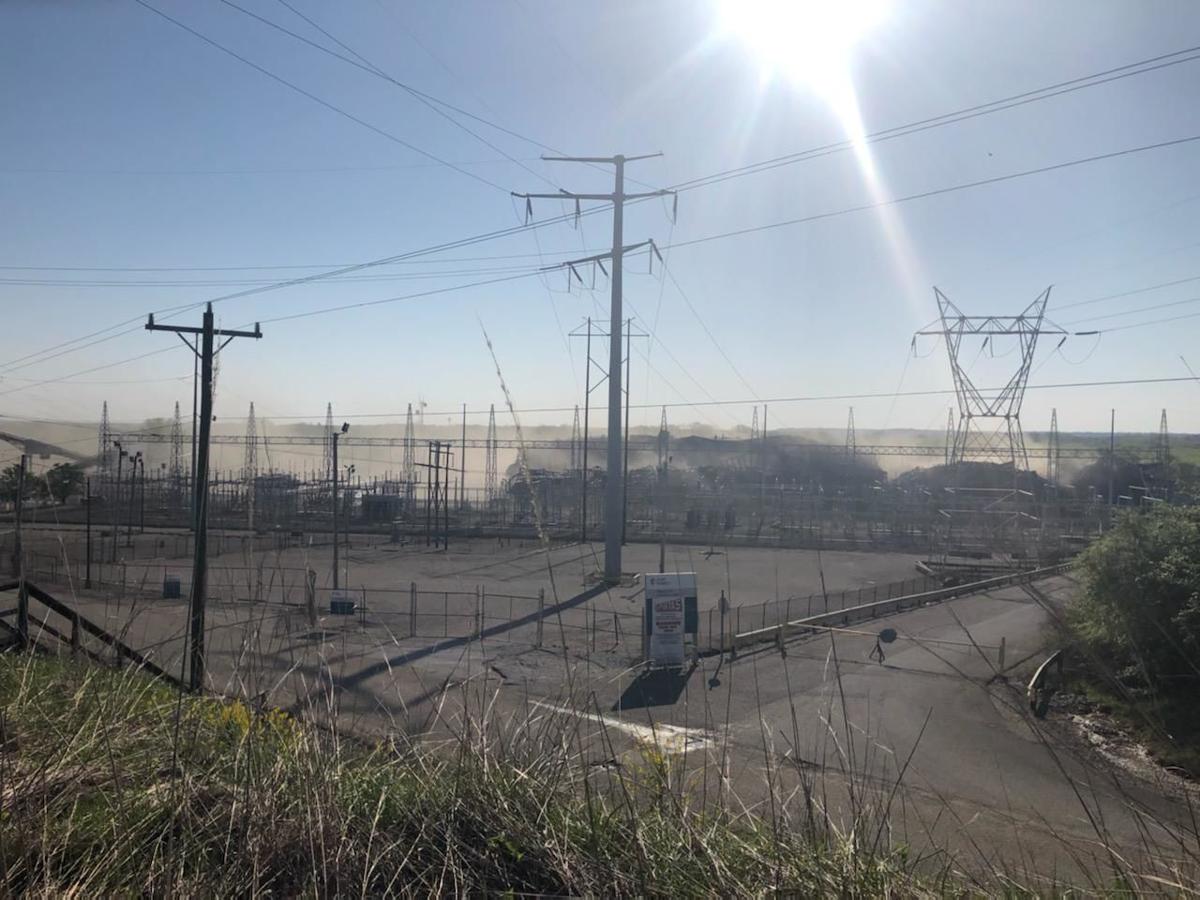 The site of Duke Energy's Wabash River Generating Station -- between the Wabash River and Indiana 63 about 5 miles north of Terre Haute -- after this morning's planned implosion. 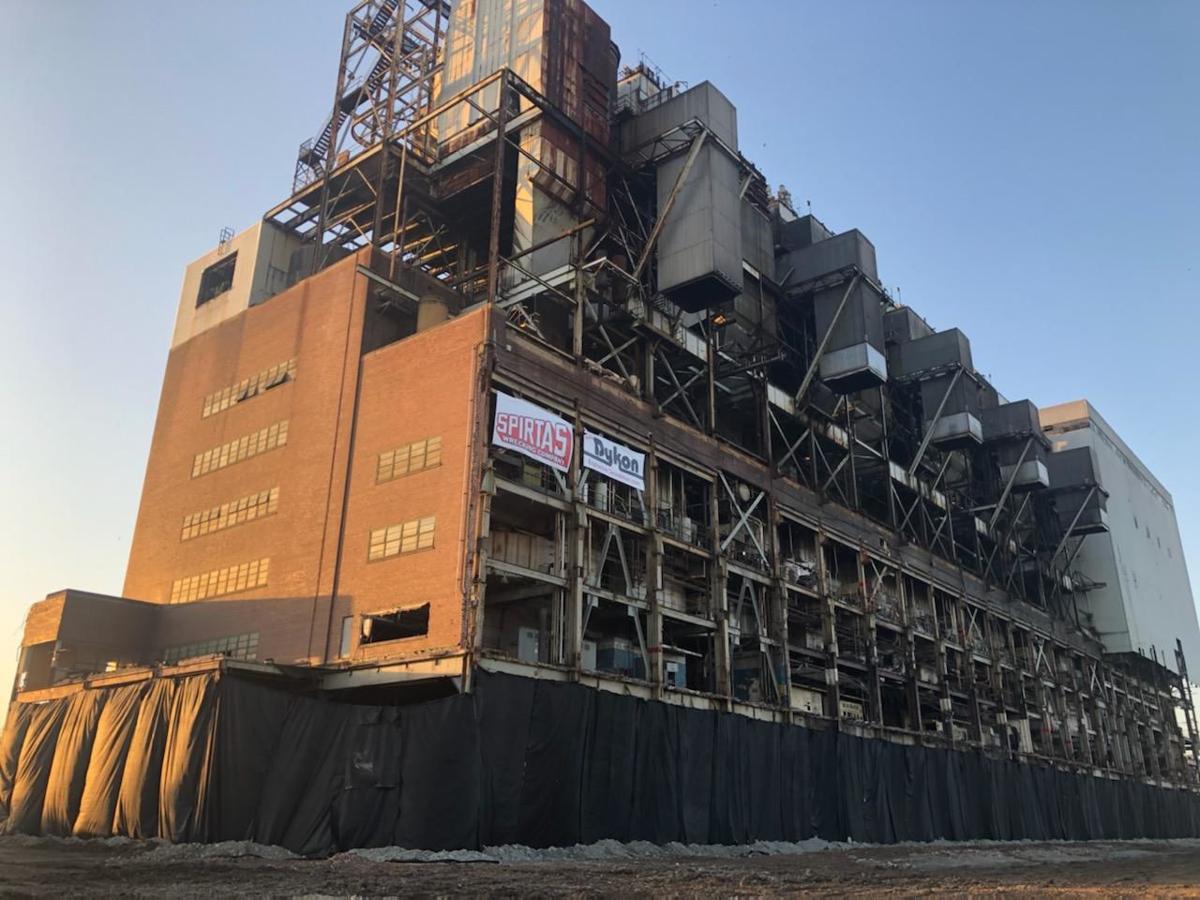 The Duke Energy Wabash River Generating Station -- between the Wabash River and Indiana 63 about 5 miles north of Terre Haute -- is shown before this morning's planned implosion about 9 a.m.

The former coal-fired power plant is located about 5 miles north of Terre Haute off Bolton Road between the Wabash River and and Indiana 63.

The site of Duke Energy's Wabash River Generating Station -- between the Wabash River and Indiana 63 about 5 miles north of Terre Haute -- after this morning's planned implosion.

If you heard a big boom or felt the ground shake north of Terre Haute on Saturday morning, that was Duke Energy bringing down its former Wabash River Generating Station.

The implosion was reportedly heard and felt for miles around.

Duke officials said the station's felling was part of the years-long demolition of boiler's one through six and the plant that housed them.

The former coal-fired power plant is located about 5 miles north of Terre Haute off Bolton Road between the Wabash River and Indiana 63.

Michael Wertz, general manager of Duke's Coal Combustion Products division, said the implosion went as planned and that there was no secondary damage of concern.

"There were some substantial explosions as part of the implosion, but it all went as designed," Wertz said Saturday. "... Today was a major achievement for the demolition contractor and the oversight team supporting the project."

Social media stirred with uncertainty after the 9 a.m. event shook homes across the valley, as Duke purposely avoided telling those outside the immediate area of the station's planned demolition.

Wertz said with the amount of explosives used and COVID-19 restrictions in mind, Duke made the decision to limit access to the demolition site.

"This is an 1,100 acre facility with many ways onto the property, and we thought the consequences were just too great to allow anyone near the property," Wertz said.

Wertz said emergency services personnel and the necessary regulatory bodies were aware of the implosion.

"Emergency response personnel in Vigo County were alerted, state officials were alerted to what we were doing, Indiana Department of Environmental Management," Wertz said. "Many people were aware, we just unfortunately could not inform the public because of site security concerns."

Crews will work into October to remove the twisted metal and rubble, Wertz said. The site will be reclaimed once cleared.

Duke will then move on to impounding the site's coal ash ponds. Wertz said that process could take seven to eight years.

The generating station operated from 1953 to 2016. Designed to last 40 years, the Wabash River Generating Station produced electricity for 63 years, producing 220 million megawatt hours over its lifetime.

Its closing was part of a 2013 settlement with the Sierra Club, Citizens Action Coalition, Save the Valley and Valley Watch over issues with air permits at Duke Energy’s Edwardsport power plant.

The 1950s-vintage power units were also too costly to upgrade with new pollution controls to meet environmental regulations for sulfur dioxide, nitrogen oxides and mercury emissions. The power plant would burn 7,000 tons of coal a day during peak hours, requiring 70 train cars full of coal.

Removal of coal on site and oil from equipment started in April 2016. Demolition and asbestos removal started in September 2017. A 452-foot tall chimney was imploded in January 2018.