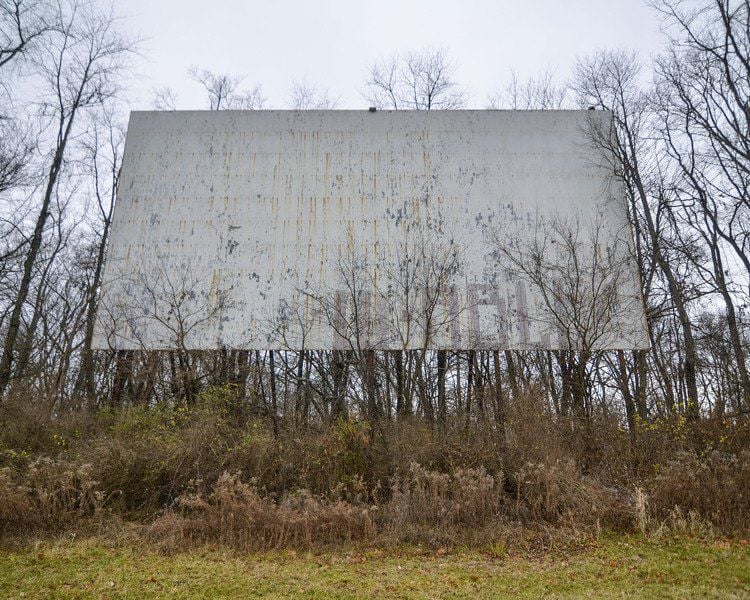 The old drive-in movie screen on Terre Haute’s north side may be renovated next year and the drive-in reopened. 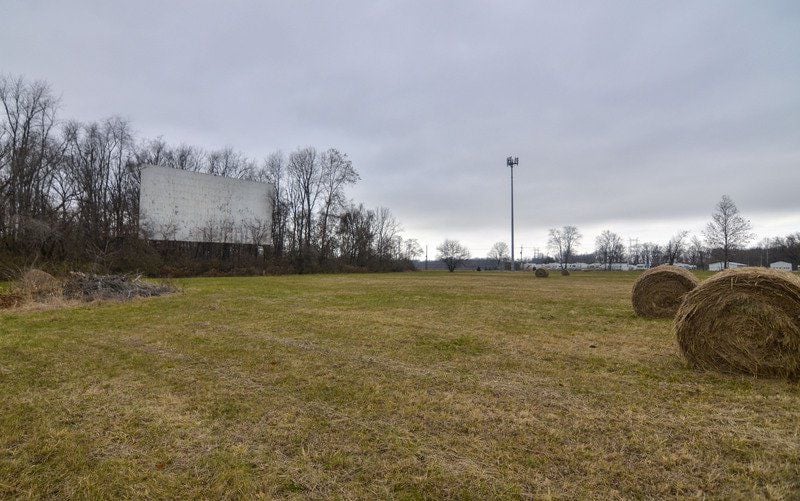 Tribune-Star/Austen LeakeMaking hay: For 32 years a former drive-in movie lot at Park Avenue and Lafayette Avenue on Terre Haute’s north side has been used for other purposes. New efforts could restore a drive-in.

The old drive-in movie screen on Terre Haute’s north side may be renovated next year and the drive-in reopened.

Tribune-Star/Austen LeakeMaking hay: For 32 years a former drive-in movie lot at Park Avenue and Lafayette Avenue on Terre Haute’s north side has been used for other purposes. New efforts could restore a drive-in.

It’s been 32 years since Terre Haute’s north side has had an operational drive-in theater.

Now, Brent A. Barnhart, president of KJB Theaters, is working to restore that drive-in movie experience.

An original big screen — about 80 feet wide and 35 feet tall, sitting about another 15 feet off the ground — is largely intact near the intersection of Lafayette and Park avenues.

“This is one of those screens that was really built to last. It is a good screen. We will power wash and repaint it. If all goes okay, we are going to clear trees in January,” Barnhart said.

To open, KJB Theaters will go before the Terre Haute Board of Zoning Appeals on Jan. 10 to request a variance from a required hard-surface parking area and drive.

The business will seek a variance to allow a grassy area for the drive-in to be located at 5048 Lafayette Avenue.

“That is all part of the experience, like a picnic feel, where you can lay a blanket on the grass and throw a Frisbee. Dark pavement  would make it too hot at night in the summer and would be cost prohibitive. Grass is more traditional for a drive-in,” Barnhart said.

“There is something different about a drive-in experience, and I am looking forward to bringing that experience back to Terre Haute,” Barnhart said.

The original drive-in was located about a half mile south at Haythorne and Lafayette, Barnhart said and  operating from 1948 to 1968. It was then relocated to this site, where it was operated by 4th Avenue Amusement until 1975, when United Artists Theaters took it over, according to cinematreasures.org.” United Artists renamed it North Drive-In. It was closed in 1985.

“We don’t have a name yet for this drive-in,” Barnhart said.

The drive-in originally had a capacity of 650 vehicles. The new drive-in will allow at least 400 vehicles on the proposed 10-acre site, Barnhart said.

If the business obtains a variance, and completes its finances in January, a new concession building is planned. It would be built by Earl Rogers & Associates. The current concession stand building would be razed, as the property is now listed in a flood plain. The facility also wold have new restrooms as well as space for arcade games.

However, unlike drive-in theaters of old, this drive-in would not have speakers that attach to the side of a car. Instead, sound to the all digital projection movie will be broadcast over an FM stereo station.

“We are planning to be open mid-April to mid-October, but we may try to push those boundaries on either side, depending on the weather,” Barnhart said.

Barnhart has experience with a drive-in, as last year KJB Theaters took over the Starlite Drive-In in Bloomington.

“This is one of things I have wanted to do. I have lived in Terre Haute my whole life and been in the movie business for the past 20 years,” he said. “Halfway through the first year in Bloomington, I thought we should pursue a drive-in in Terre Haute. I contacted (land owner Jeff Kessinger) and we have an agreement with Kessco Water” to lease the land for a drive-in, he said.

KJB Theaters, formed in December 2011, also owns the Indiana Theater in Washington; the Linton Cinemas in Linton; and the Paris Theater in Paris, Illinois.

Prior to that, Barnhart was co-owner of The Meadows Theater at The Meadows shopping center in Terre Haute, from 2000 until closing that theater in 2014.