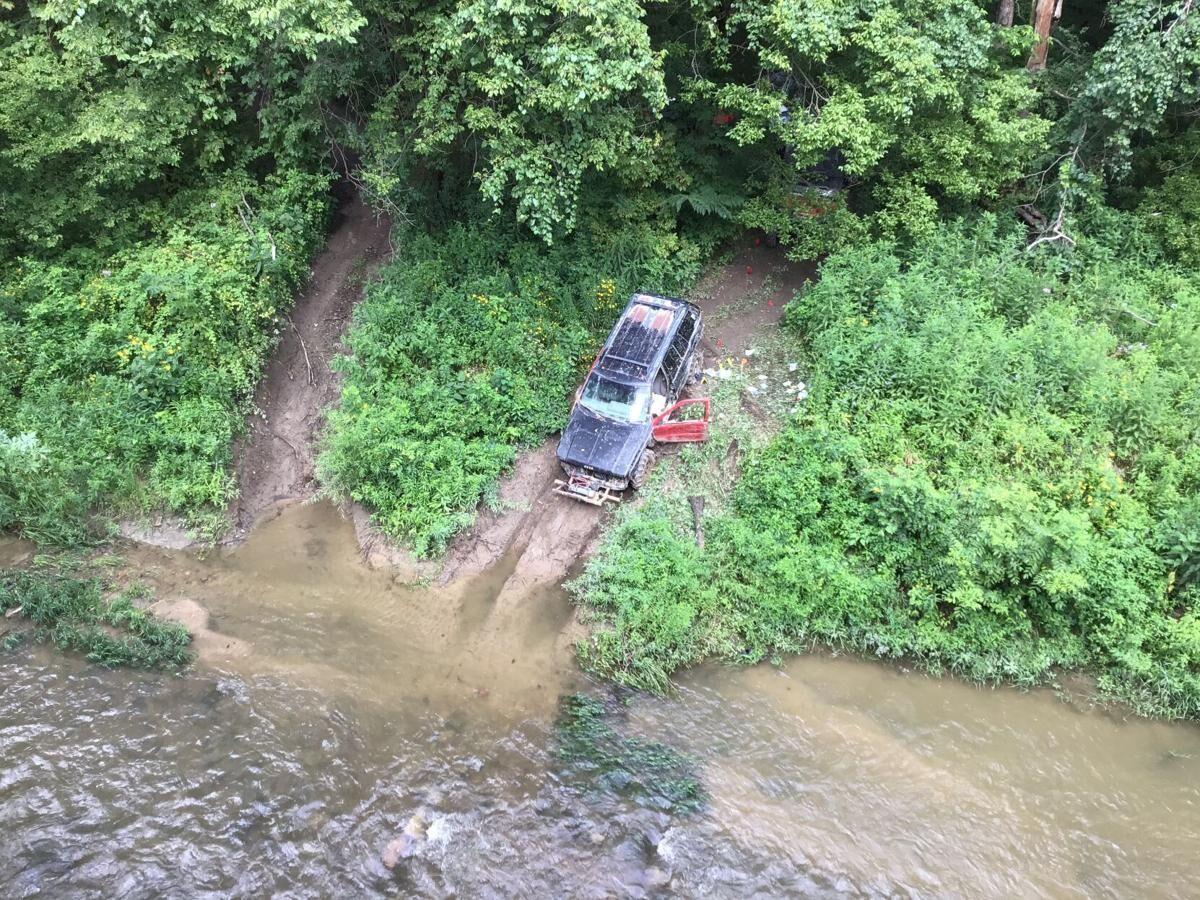 A vehicle remains on the banks of Coal Creek this morning following an August 2020 shooting off U.S. 150 at Pennington Road in western Vigo County. 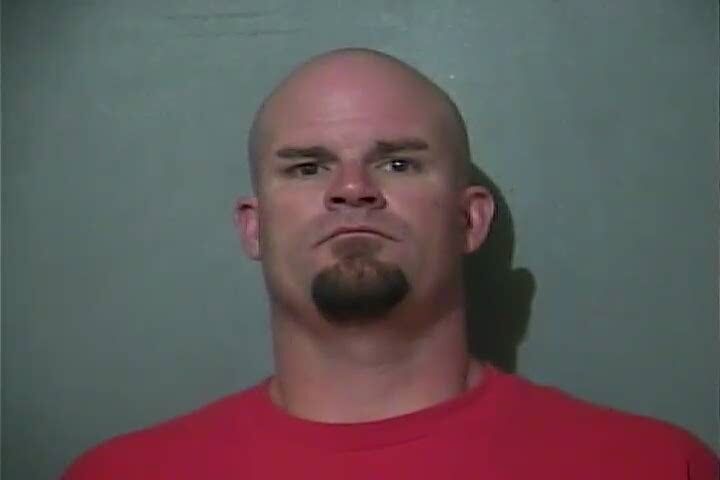 An arrest has been made in connection with an August 2020 shooting off Pennington Road at Coal Creek that left one man dead in Vigo County.

Ryan Scott Dixon, 35, of Clinton, has been charged with criminal confinement, a Level 3 felony, and criminal mischief, a Class B misdemeanor.

Special prosecuting attorney David Thomas said today no other criminal charges will be filed in this case.

A probable cause affidavit filed Friday in Vigo Superior Court 1 details the investigation by the Vigo County Sheriff's Department into the confrontation between Dixon, the Robinsons and Dennis Joseph of Clinton.

Joseph is the man who shot David Robinson and Jeremy Robinson.

“Self-defense is relevant,” Detective John Newman wrote in the court document, which details a confrontation among the men where Joseph was battered, the tires of his Jeep were slashed, the Jeep's windows were broken, and a gun was pointed at Joseph by David Robinson, 55 of West Terre Haute.

“We recognize the gravity of the tragedy in that David Robinson was shot and killed and that Joseph, the shooter, is not being charged,” Newman said. “However, the Senior PA [Prosecuting Attorney Thomas] advises me that self-defense is relevant. He advises me that the burden of proof to disprove self-defense is always on the state (of Indiana).”

The document said that self-defense is not available to Dixon because he was an initiator of the confrontation by chasing Joseph as Joseph tried to leave Coal Creek, and then slashing the tires of Joseph's Jeep as he was fleeing or retreating.

If Joseph is charged with the shooting, the document states, it would be difficult for the state to overcome Joseph's claim of self-defense on multiple points.

The affidavit gives details of the deadly incident that have not been released to the public during the police investigation.

The case involves multiple people in multiple off-road vehicles driving small hills in West Terre Haute near U.S. 150 and Pennington Road on the evening of Aug. 2, 2020. The Robinsons were neighbors to the area, and heard the off-road activity, which was not on their property, the affidavit said.

Jeremy Robinson drove in his side-by-side vehicle to the area and asked the people to leave because he believed they were trespassing and damaging the ground. Robinson argued with people he did not know, the affidavit said, and most of the riders left the area. But Joseph was not able to flee because his Jeep was blocked by the vehicles in the confrontation.

Dixon, a friend of Jeremy Robinson, joined the argument. Dixon claimed that when Joseph did maneuver around and flee in his Jeep, Joseph's vehicle brushed up against Dixon's vehicle.

Dixon told investigators he wanted to talk to Joseph about that, so he chased Joseph through a wooded area until Joseph came to a dead end at Coal Creek. The affidavit said Dixon drove his vehicle near so Joseph could not back out and leave, then Dixon got out of his vehicle and slashed the Jeep's tires with a knife.

The affidavit said Joseph then fired a handgun at close range, with a bullet striking Jeremy Robinson in the arm.

David Robinson had joined the pursuit and approached the Jeep just after Jeremy Robinson was shot, the document said. David Robinson pointed his firearm at Joseph, who responded by firing his own handgun at David Robinson, killing him, the investigation revealed.

Joseph then called 911 and stayed in his Jeep until police arrived, the document said, while Jeremy Robinson did not call police to report the trespassing.

Detective Newman said Dixon's conduct escalated the situation by coming into the argument even though he had nothing to do with the property, and by leading the aggression.

Newman said the special prosecutor has chosen not to charge Jeremy Robinson because he “suffered enough” with his gunshot wound and the loss of his father.

A warrant for Dixon's arrest was issued Tuesday through Vigo Superior Court 1. Dixon was booked into the Vigo County Jail on Wednesday. His bond was set at $50,000 with no 10 percent allowed, but the court ordered Dixon's release Thursday afternoon.

Meanwhile, a civil lawsuit previously filed in February by the estate of David Robinson seeks damages against Joseph for the negligent discharge of a firearm, killing Robinson.

He pleaded guilty in November 2005 the Class B felony charge of aggravated battery and received a 20-year prison sentence, with an order to serve 18 years with two suspended.

Dixon was released from the Indiana Department of Correction in February 2012 after receiving time cuts for program completion.

One dead, another man hospitalized in Sunday night shooting

One person has died in a Sunday night shooting in western Vigo County along U.S. 150 near Pennington Road.