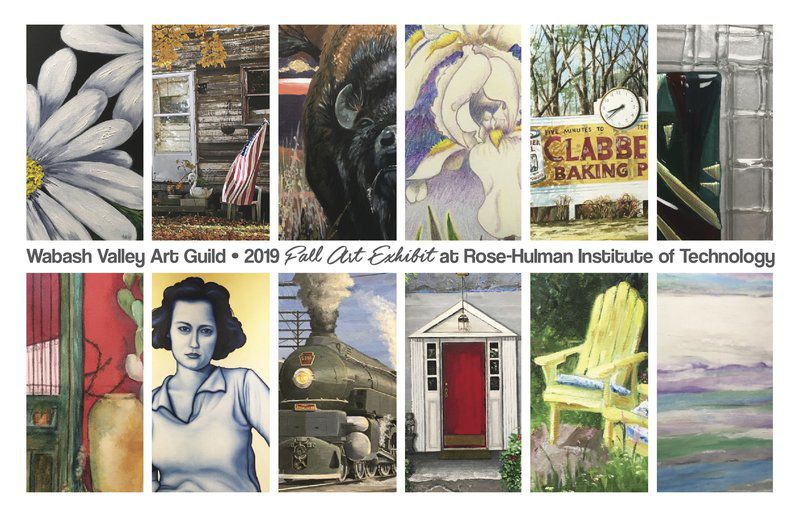 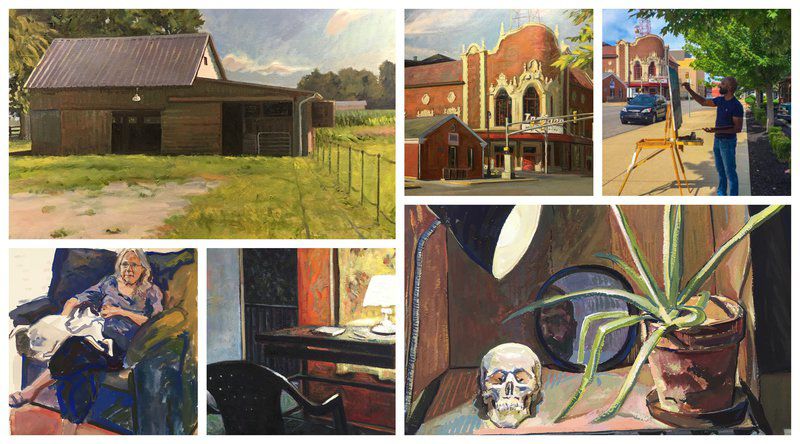 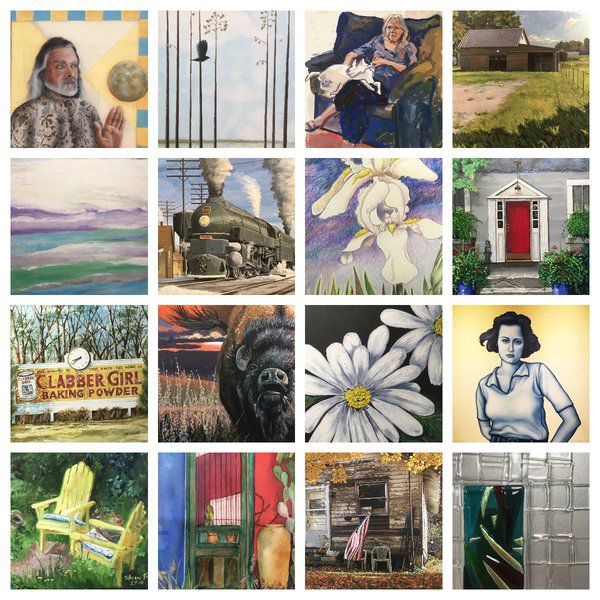 Showcase: The Fall Art Exhibit at Rose-Hulman Institute of Technology will feature works such as paintings, drawings and other media by 14 different artists. The exhibit runs through Dec. 18. A reception to meet the artists will be Oct. 17 from 4:30 to 6:30 p.m.

Showcase: The Fall Art Exhibit at Rose-Hulman Institute of Technology will feature works such as paintings, drawings and other media by 14 different artists. The exhibit runs through Dec. 18. A reception to meet the artists will be Oct. 17 from 4:30 to 6:30 p.m.

Paintings, drawings and other media by 14 artists are featured in the Fall Art Exhibit at Rose-Hulman Institute of Technology.

Moench Hall features a retrospective of art by Terre Haute artist Rod Bradfield on the second floor. Visit the first floor of Moench to view works by 12 members of the Wabash Valley Art Guild, along with works by Rose-Hulman’s artist-in-residence Rajesh Naidu. Naidu’s artwork continues on the second floor of the Myers Technology Building.

Bradfield grew up in northern and southern Illinois, graduating high school from Southern Illinois University School, 1964. As an elementary student, living outside Chicago, he was able to take weekend classes at and wander the Art Institute of Chicago, a definite influence on later work. Undergraduate and graduate work was completed at Indiana State University. An undergraduate degree in fine arts was earned in 1972, with painting and printmaking area majors. He was co-owner and operator of The Workbench leather shop in Terre Haute for several years after earning his undergraduate degree and while returning to Indiana State to work on teaching certification. Graduate and post graduate work was done in art education. He taught visual arts at the secondary level at various locations for 34 years, retiring in 2011 after teaching at Terre Haute South Vigo High School for 25 years.

Bradfield has consistently produced and exhibited artwork since earning his undergraduate degree. Works have been exhibited and represented in galleries throughout the U.S. and Europe. Examples of his work have been published in exhibit catalogs and magazines and included in public and private collections throughout the United States. Bradfield currently lives and maintains a studio in Terre Haute.

Artist-in-residence Naidu was born in India and raised in the state of Maharashtra for the most part.

“As a kid I was exposed to a variety of visual stimuli, in the form of bedtime stories, comics, and movies, by my father. But the seriousness of pursuing an artistic career only occurred to me after I graduated with a bachelor of engineering degree in civil engineering in 2008. After working for almost two years in the construction industry, I quit my job to pursue a life as an artist,” Naidu said.

“My pursuit brought me to Terre Haute and Indiana State University, where I received a master of fine arts degree in December 2018. For my MFA thesis, I chose to comment on the human condition by producing a set of paintings depicting individuals in interior spaces, all painted from life.”

In his current role as the Artist-in-Residence at Rose-Hulman, Naidu said he is “building a cohesive body of work even as I explore different subjects and themes, and using different mediums as well.

“I’m painting from life as well as from pictures, figures as well as landscapes and still lifes; also using different mediums — oil, acrylic, gouache, watercolor. Presently, I have been doing ‘plein air’ paintings in and around town, trying to capture its spirit, also accompanied by gouache paintings done from pictures.”

Broadly, Naidu said his artwork has always been influenced and inspired by places, people, nature, what he sees around him, and what he reads. “I have an affinity for art history studies; it has helped me find a delicate balance between the contextual underscores and painterly aspects in my work, and seek a strong foothold within the contemporary art world,” he added.

Rose-Hulman Institute Technology is at 5500 Wabash Ave. The Fall Art Exhibit is open to the public from 8 a.m. to 7 p.m. weekdays and weekends. For more details, contact art curator Christy Brinkman-Robertson at brinkman@rose-hulman.edu or 812-877-8523.