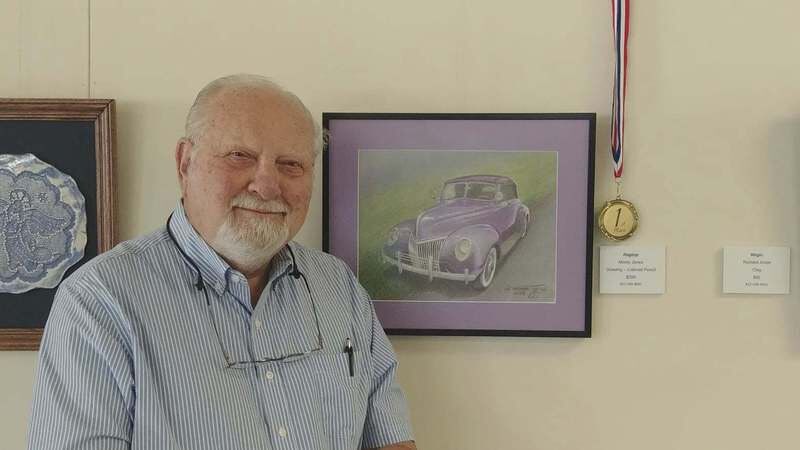 The late RCAA co-founder: Monty “Indiana” Jones with one of his many first-place paintings. 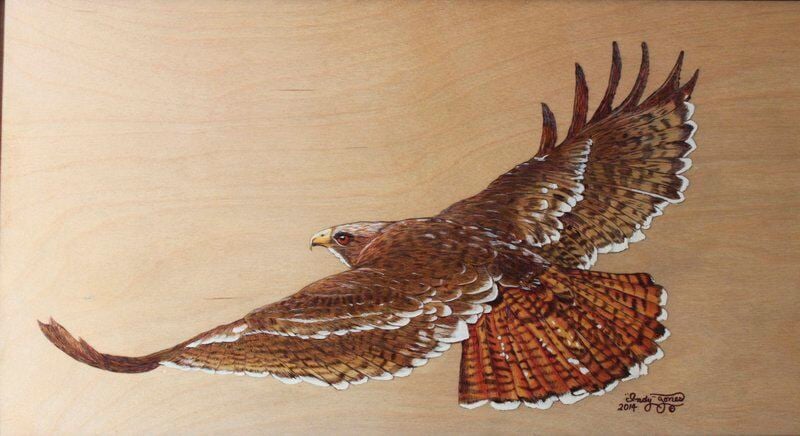 An example of pyrography (on birch) by Monty "Indiana" Jones titled "Red Tailed Hawk in Flight."

The late RCAA co-founder: Monty “Indiana” Jones with one of his many first-place paintings.

An example of pyrography (on birch) by Monty "Indiana" Jones titled "Red Tailed Hawk in Flight."

River City Art Association dedicates its July Artist of the Month exhibit space to the late Monty Lee “Indiana” Jones, one of RCAA’s seven founding members and a well-known artist in the Wabash Valley and the Indianapolis area.

Jones had a deep interest in drawing and painting in his younger days, including a mail-order art course.

He never quite completed the course due to growing family commitments and working 12-hour days in the printing industry. His artistic desires were put on hold until his retirement at age 60.

After he retired, Jones returned to his artistic roots and became a well-known artist in Terre Haute and several nearby art communities.

He created countless drawings and paintings that reflected his passion for wildlife, the great outdoors and automobilia, specifically sprint car racing.

He joined Indiana Wildlife Artists in 2011 and won several first- and second-place awards. He also was an associate member of Covered Bridge Art Association in Rockville for several years.

He also enjoyed being involved in the Wabash Valley Art Guild, the Gaslight Art Colony at Marshall, Illinois, and The Link Art Gallery in the Bicentennial Art Center at Paris, Illinois.

Jones worked out of a studio behind his home in Terre Haute so he could stay near Phyllis, his wife for more than 50 years.

She and their children and extended family are blessed with a vast collection of award-winning Monty “Indiana” Jones originals to cherish.