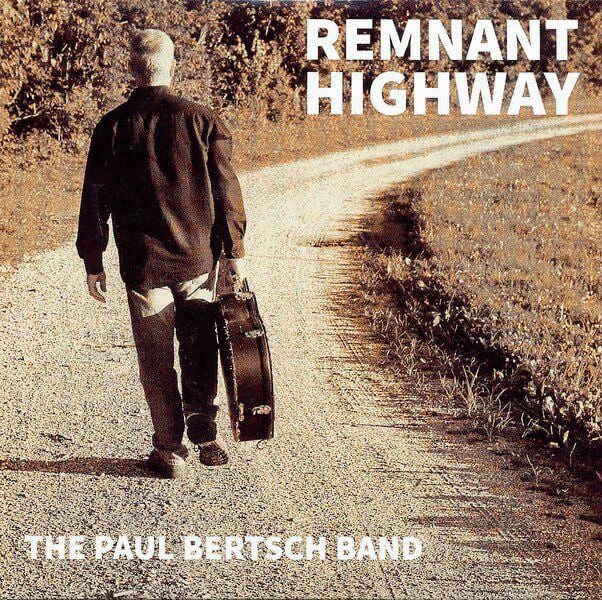 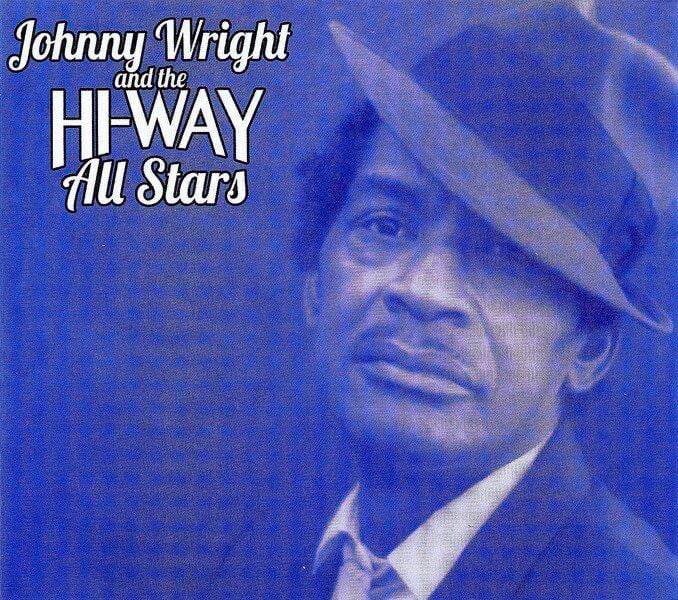 Courtesy Steve RusinCollection: In the late 1970s, Terre Haute blues harp ace Steve Rusin performed on a batch of recordings with late veteran blues singer Johnny Wright, then living in Terre Haute. Those sessions, featuring a team of blues musicians, resulted in a new EP, "Johnny Wright and the Hi-Way All Stars." Wright died in Terre Haute in 1988. 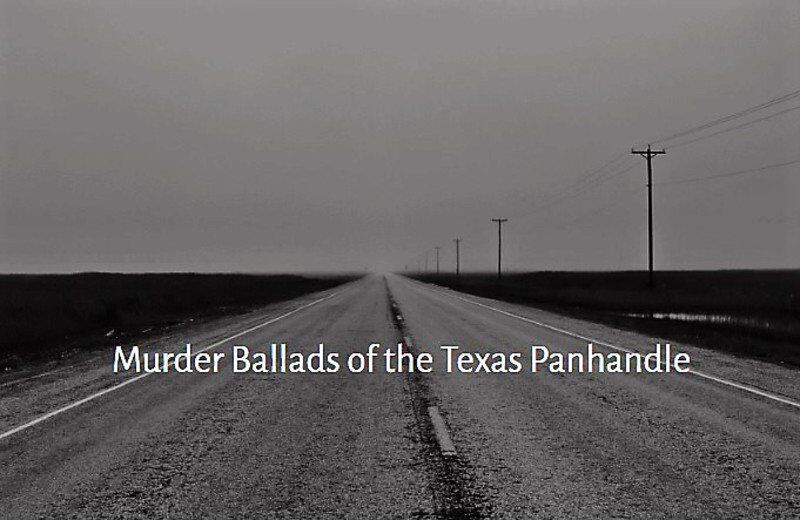 1930s feel: Casey, Ill., native David Hanners' latest EP collection, "Murder Ballads of the Texas Panhandle," has the feel of Depression-era WPA field recordings, as a result of the approach taken by the folk singer-songwriter and his recording engineer, Michalis Chrysanthou. 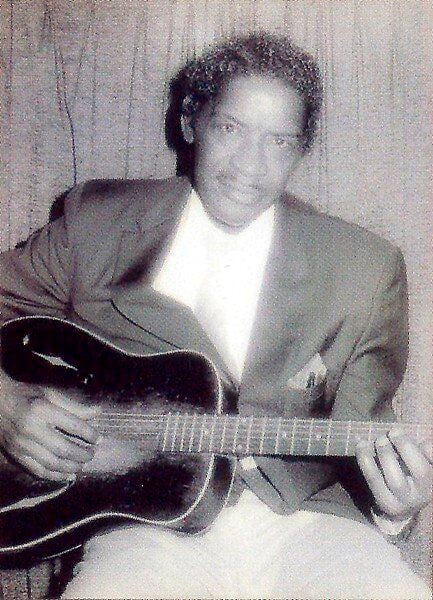 Terre Haute bluesman: Blues singer-songwriter and recording artist Johnny Wright moved to Terre Haute in the late 1960s, and recorded five tracks of his original music with a team of blues musicians. The recordings have been released on an EP, "Johnny Wright and the Hi-Way All Stars." 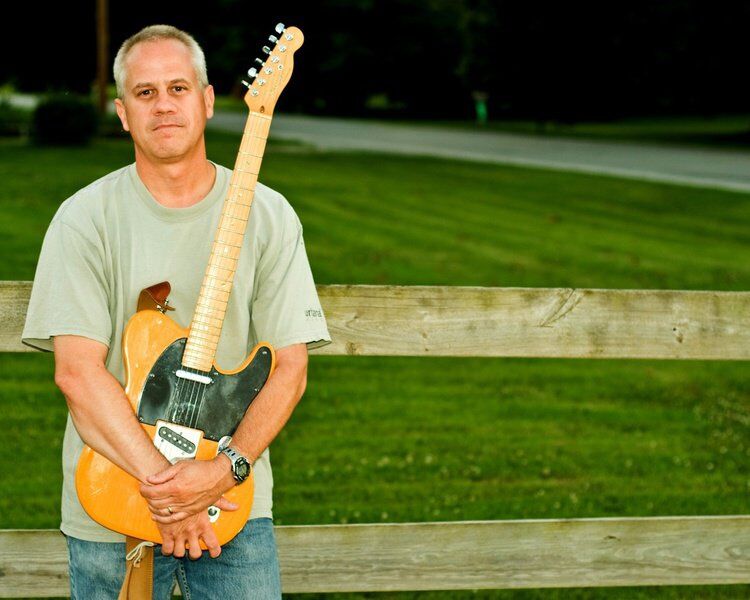 Courtesy Chris AustinLatest compilation: Former Terre Haute musician Paul Bertsch and his bandmates have released their fourth album, "Remnant Highway." The guitarist-singer-songwriter penned its 12 songs over a three-year span, just before the pandemic.

Terre Haute bluesman: Blues singer-songwriter and recording artist Johnny Wright moved to Terre Haute in the late 1960s, and recorded five tracks of his original music with a team of blues musicians. The recordings have been released on an EP, "Johnny Wright and the Hi-Way All Stars."

Courtesy Chris AustinLatest compilation: Former Terre Haute musician Paul Bertsch and his bandmates have released their fourth album, "Remnant Highway." The guitarist-singer-songwriter penned its 12 songs over a three-year span, just before the pandemic.

In this season of pandemic isolation, more people are listening to new music.

And they're doing so on purpose, rather than overhearing tunes in a store or elevator. A Billboard magazine survey earlier this year revealed that more Americans are listening to artists they'd never heard before.

Such an adventurous practice would be time well spent for anyone tuning into three collections released in the latter part of 2020 by artists with Wabash Valley roots.

The new "Remnant Highway" album by former Terre Haute singer-songwriter Paul Bertsch and his longtime band features his melodic guitar flourishes, engaging lyrics and masterful compositions from a variety of genres. The five-song CD "Johnny Wright and the Hi-Way All Stars" captures the late blues singer's hefty voice, backed by a stellar group of Wabash Valley musicians and recorded four decades ago. And, Casey, Ill., native David Hanners wrote and recorded his new EP "Murder Ballads of the Texas Panhandle" while on — of all places — a sunny Mediterranean island.

Whether a listener takes the highway with Bertsch or Wright, or Hanners' intercontinental trek to the Southwest, all are well worth the trip.

Guitarists Paul Bertsch and David Tyra, bassist Neal Wagner and drummer John Dufek began performing together in 1987 and are still creating music together. The tight interplay of the Paul Bertsch Band shines on their fourth album — "Remnant Highway." That foundation lets Bertsch's deft guitar work, Neil Young-style vocals and intuitive songwriting stand out and connect with the audience.

Bertsch composes from his Christian worldview, but the album feels accessible from any listener's vantage point. The track "Cannibals" is a rockabilly acknowledgement of the toxic political atmosphere between left and right, and a lament of lost civility. "Every time you speak, well I become deaf, we've gotta pass the peace." And, the title track, with a chiming Byrds-ish guitar interlude, is "an attempt to tell the story of the Bible in a 4-minute rock song," quips Bertsch, who now lives in Bloomington.

Many of the songs spring from relatable life moments, seen through Bertsch's 59-year-old eyes. "I've Slept Since Then" catches up with an old college roommate, college days "lost in the haze," spiced with Bertsch's harmonica work. "Fly to Mexico" charts his kids' journey south of the border and the realization that they're all grown up. His daughter, Grace, spent a year near Amsterdam as an exchange student, and she fittingly and nicely harmonizes with her dad on "Netherlands."

"That's the Way We Do it" is a sweet, shuffle-dancing ode to marriage. "You're the wine that makes my cup overflow," he sings of his wife, Roxie. Alongside are tunes dealing with gratitude, transparency in relationships. The jazzy "Person of Peace" couples lovely guitar chords and riffs with a call for a better way in these "strange times we're livin' in," pointing out, "We used to open arms wide to the stranger, now we're building walls to keep out danger."

Bertsch wrote the dozen tracks between 2017 and 2019, including "A New Year's Song." It fits right in with the end of tumultuous 2020. "Looking back today, the only thing I'll celebrate is you're finally in my rearview mirror, because tomorrow's New Year's Day and I could really use the change."

With jazz, blues, rock and folk twists, Bertsch and his band give listeners plenty to consider and enjoy.

• The Paul Bertsch Band's "Remnant Highway" album is available for $12 per copy online at paulbertschmusic.com, or through Amazon and streaming services.

Johnny Wright's recording and performing heyday came in the late 1950s and early '60s, carried out in the blues-rich St. Louis region. The singer-guitarist moved to Terre Haute in the late 1960s, and was working at the Terre Haute Malleable plant in the late 1970s when harmonica player Steve Rusin guided Wright back into the studio.

Wright wound up recording five of his songs with Rusin and a superb collection of musicians in 1978 and 1980. He'd recorded a few tunes that cracked the charts almost two decades earlier, assisted by R&B star Ike Turner. The later Terre Haute sessions rekindled the deep, infectious voice and sound that fueled Wright's initial notoriety.

Wright bellows feelings of discontent from sleeping in a "Coal Shed," the opening track. "Johnny's Bad Air Boogie" laments breathing polluted air as the band jams to a dance beat. The hopping "Shut Up" and jazz-inflected "Move" let the singer vent frustrations. The disc's closing track, "Come Here Baby," has a slow-dance groove, executed in consummate fashion by Wright and a supporting trio.

Together, the disc is a fascinating, entertaining 18-minute introduction and swansong to Wright's niche in blues history.

• Copies of "Johnny Wright and the Hi-Way All Stars" EP are available at the Music Shoppe on South 25th Street in Terre Haute.

David Hanners' knack for storytelling in song comes from his talents as now-retired Pulitzer Prize-winning journalist.

But he adds a flair for folk guitar picking and a narrator's singing style. The former reporter for the Dallas Morning News, St. Paul Pioneer Press and other newspapers has been setting detailed stories to music for years. His new six-song EP documents some true stories, some fiction and, as he puts it, "yarns inspired by true events."

Oddly enough, he recorded these while living with his wife, Sharon, on the Mediterranean island of Cyprus. Hanners and recording engineer Michalis Chyrsanthou used a stark approach to the sessions. Hanners compares the sound to "WPA field recordings with good microphones." The sound is captivatingly clear and puts his stories appropriately in the spotlight.

Some subjects were drawn from Hanners' days as a night cops reporter for the Amarillo Globe-News. Wide open spaces and boredom led to crimes that Hanners chronicled. Their misdeeds launched in "the universe of bad ideas" carry a dose of realism. In "Cautionary Tale," Hanners sings, "There's no moral to this story, that's not what life's about, 'cept if you move to Amarillo, don't fall in with the wrong crowd."

• David Hanners' "Murder Ballads of the Texas Panhandle" can be heard online at davidhannersmusic.com/new-ep/.