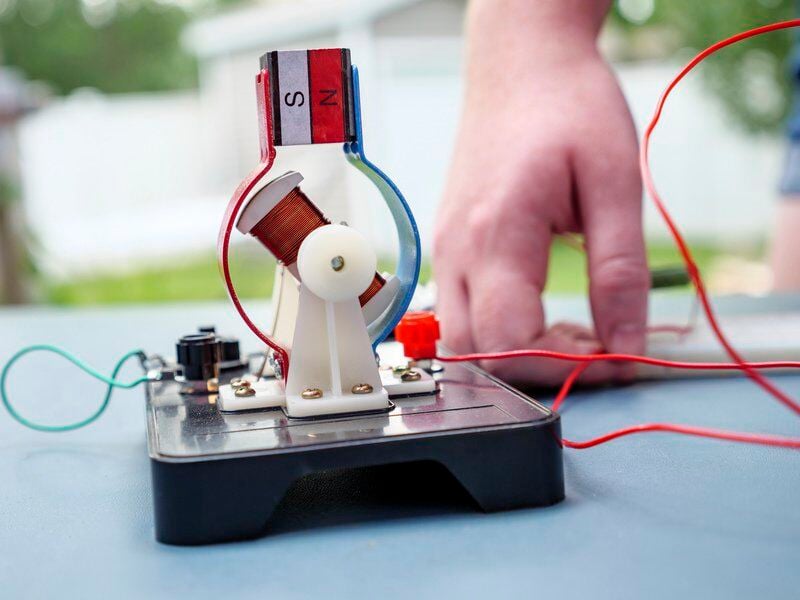 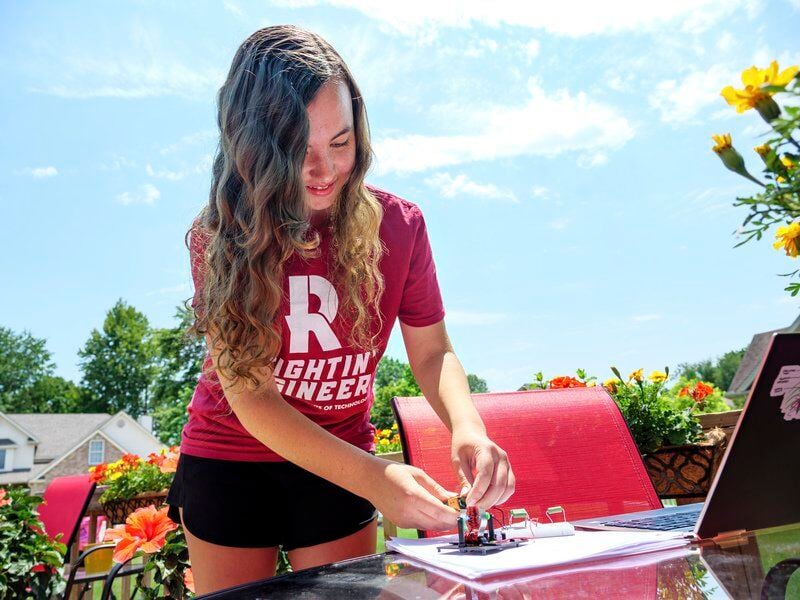 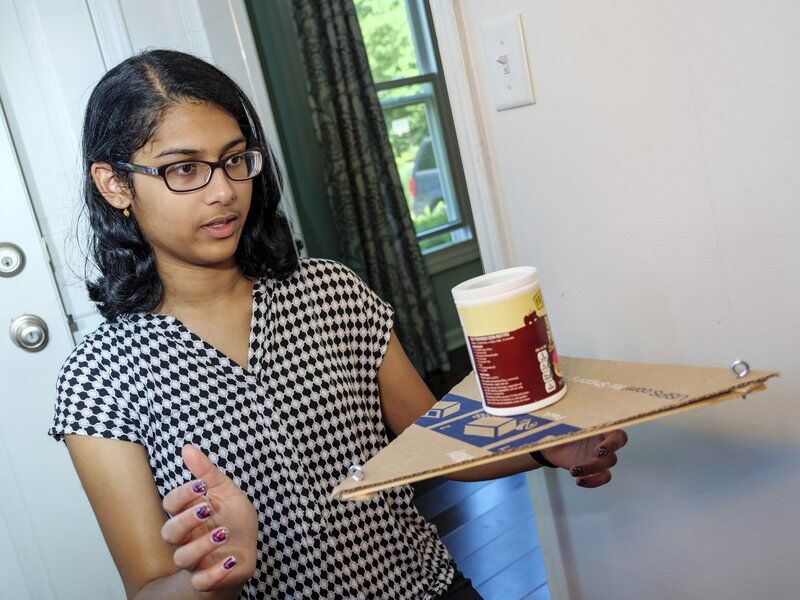 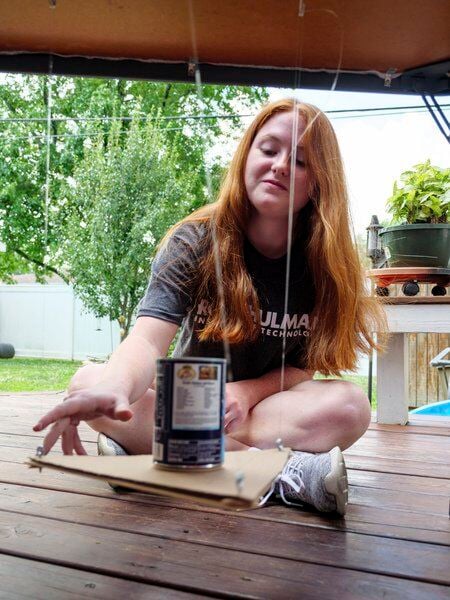 Specially designed packages provided by Rose-Hulman Institute of Technology with a variety of simple household items provided a treasure chest of creativity and ingenuity for a group of local high school students in a fun-filled summer that enriched their interests in science, technology, engineering and mathematics.

Throughout a two-week period, 36 students from across the country received special boxes, like Fruit of the Month or Jelly of the Month club packages. Some of the items included a motor, fishing wire, command hooks, wood screws, calipers, a kitchen scale, a piece of basswood, and 9-volt batteries.

Then, the students logged online daily to work with three mechanical engineering professors to use the items to design, build and test a small electric motor, a trifilar pendulum, and the rupture modulus of basswood. They used the devices to learn the basics of mechanics and electrical circuits while taking some power measurements.

Even the boxes themselves became part of one of the experiments.

“The program involved challenging material that required students to become comfortable with open-ended problem solving,” said lead faculty mentor Aimee Cloutier, assistant professor of mechanical engineering. “Several times, they came up with experimental solutions that made me think, ‘Huh, I’d never thought of that as a possibility!’ When troubleshooting became an issue, especially for the motor experiment, the students embraced the challenge, remained flexible, and reached out for help as needed. It was a pleasure to get the occasional email at 11 p.m. with a video attachment saying, ‘I did it! It works!!”

Kayla Guyer, a senior from Robinson, Illinois, said she was excited when the items were delivered and was intrigued to see how they would be used to complete an assignment. She also liked the opportunity to work with college professors and learn about how they became interested in engineering.

“The pendulum was awesome because it was a challenge, and I had never done anything like it before,” Guyer said. “The most challenging part of the assignments was just getting the projects perfect. The professor really helped me with this part, working out what needed to be improved. Not being (at Rose-Hulman) wasn’t really that difficult. Dr. Cloutier was very hands-on to help when needed.”

Other students participated online from as far away as California, Maryland, Texas and Florida.

“The electric motor project seemed to generate the most enthusiasm among the students, even though it was the most challenging,” said mechanical engineering professor Eric Constans. “A couple of my students refused to give up, even though it took them several hours to get their motors working. They learned many valuable troubleshooting skills that I believe will serve them well in engineering school.

“I was really surprised and energized by how enthusiastic the students were about completing the projects, even though it was summertime in the middle of a pandemic. The students displayed considerable ingenuity in making the experiments work in their own homes, and they were really proud of the results.”

Terre Haute South Vigo High School senior Alisha Mastakar was a relative newcomer to completing engineering projects. “The most difficult part about the assignments was being thrown into it, then being expected to figure everything out by yourself, and then asking questions if you had trouble,” she said. “Things were not spoon-fed, and I really had to think hard while completing the assignments.”

Terre Haute North Vigo senior Katie Collins has participated in a variety of STEM exploration activities at Rose-Hulman, including Project Select, the Spark! Design Competition, and Sonia Math Day for Girls. “Rose consistently goes above and beyond to engage students in STEM activities long before the college application process begins,” she said.