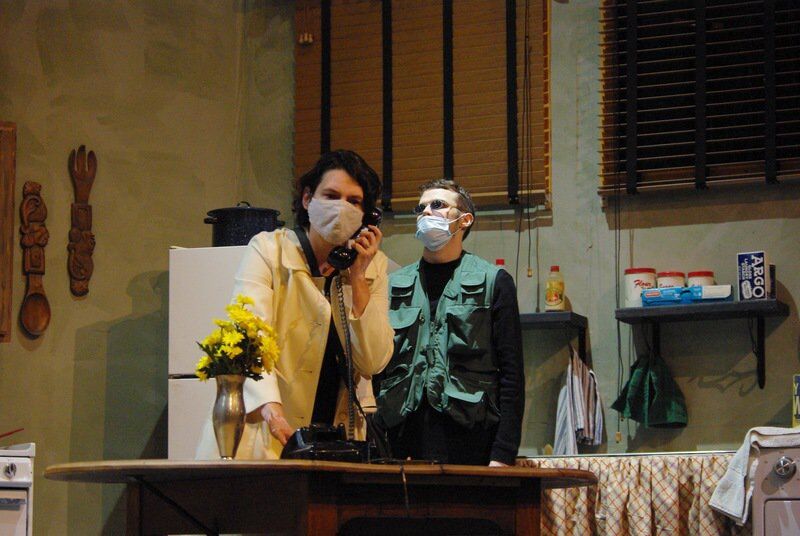 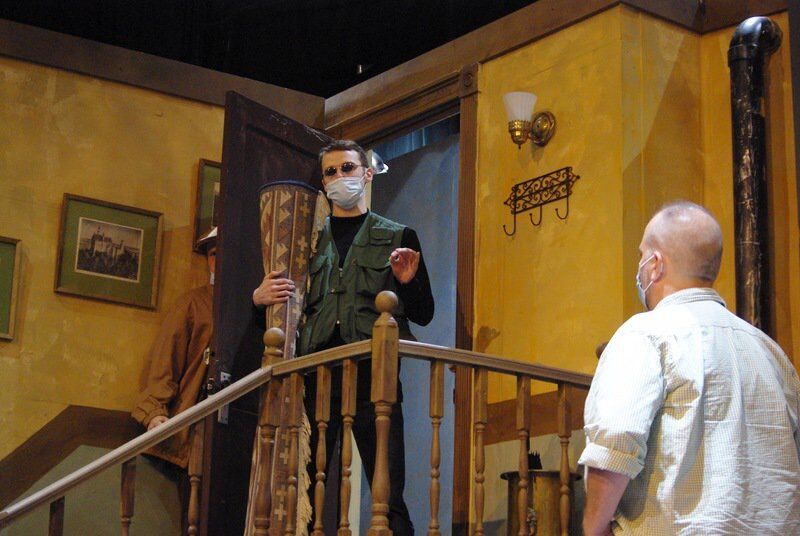 Community Theatre of Terre Haute is reopening after being closed for a year and a half due to the pandemic. This season is themed “The Shows Will Go On” and is opening with the mystery/drama “Wait Until Dark.” Directed by Jeri Doty and written by Frederick Knott, it was first performed on Broadway in 1966 and has been revived often since that time. It was also made into a film in 1967.

The PG-rated play will run Friday through Sunday and Sept. 24-26, beginning at 8 p.m. on Fridays and Saturdays and 2:30 on Sundays.

It’s the 1960s in a basement apartment in Greenwich Village. A sinister con man, Roat (Robin Baer), and two ex-convicts, Mike (Rob Angus) and Carlino (Jacob Spencer), are about to meet their match. They have traced the location of a mysterious doll, in which they are much interested, to the apartment of Sam Hendrix (Brendon Lucas) and his blind wife, Susy (Amber Wigington).

Sam had apparently been persuaded by a strange woman to transport the doll across the Canadian border, not knowing that an illegal substance had been sewn inside it. When the woman is murdered, the situation becomes more urgent. The con man and his ex-convicts, through a cleverly constructed deception, convince Susy that the police have implicated Sam in the woman’s murder. Susy believe the doll is the key to his innocence so refuses to reveal its location.

With the help of a young neighbor, Gloria (Amanda Kelley), Susy figures out she is the victim of a bizarre charade. Taking advantage of her blind abilities, Susy sets a deadly game of cat and mouse to ensue between herself and Roat.

Lester McGee and Max Harpole play policemen in “Wait Until Dark,” as well.

“This is a wonderful and challenging play,” Doty said. “I hope we are able to make our patrons feel the tenseness and anxiety the author intended.” Doty went on to say she believes their set and decorations, the props, make-up and costumes will transcend the audience back to the 1960s.

To purchase season passes or show tickets for “Wait Until Dark,” patrons can follow the links at ctth.org to pick the day, time and seat for the performance they want. Tickets can be printed out at home or shown on a mobile device.

Note that Community Theatre has updated its vaccination, testing and mask policy for performances. Patrons will need to bring proof of full vaccination against COVID-19 or proof of a negative COVID-19 test taken within 72 hours prior to attending any performance. Patrons will also be required to wear a mask. Actors will not wear masks so they will be easy to understand. “We want to do whatever we can to remain open this season, and we want to protect all our volunteers and our patrons,” said Community Theatre of Terre Haute Board President A.J. Dinkel.

Community Theatre is located at the corner of 25th and Washington streets. Learn more at ctth.org or call the ticket office during open hours at 812-232-7172. Patrons can also call 812-239-9487 to purchase tickets when the office isn’t open.

Community Theatre will stage auditions for a comedy, “The Cemetery Club,” at 7 p.m. Sept. 20 and 21. Director Laura Reed will cast four women and one man for the show, which will run Nov. 12-13 and 19-21. The comedy was written by Ivan Menchell.