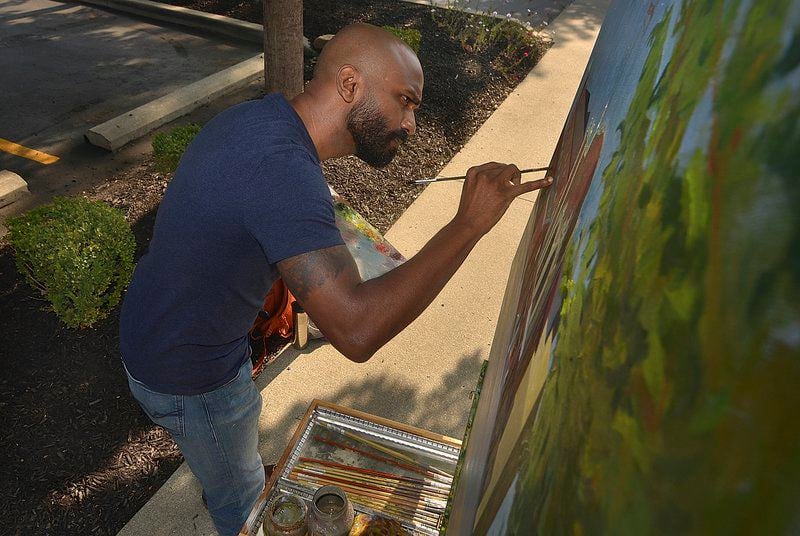 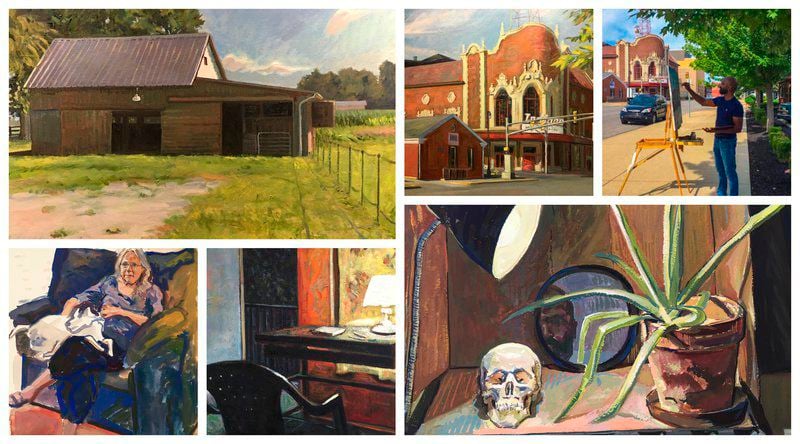 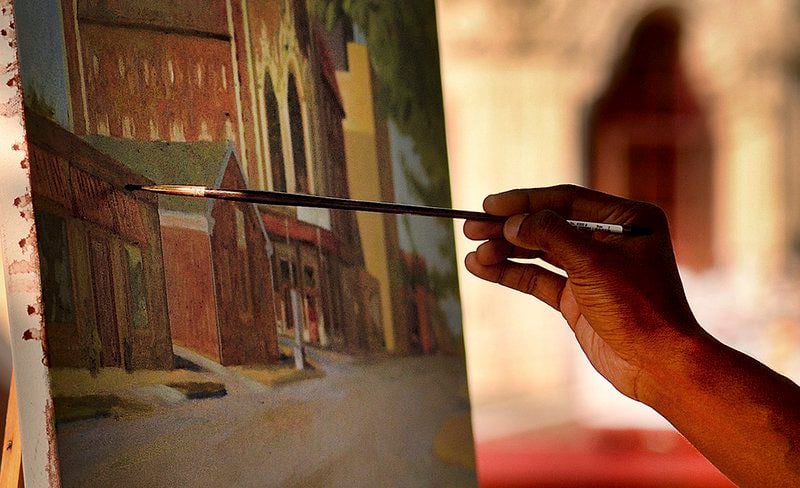 Tribune-Star/Joseph C. Garza A familiar scene: Rajesh Naidu is the artist-in-residence at Rose-Hulman Institute of Technology and is painting scenes from the Wabash Valley as part of his residency. Here, he uses oils on canvas to recreate a scene along Ohio Street on Thursday.

Tribune-Star/Joseph C. Garza A familiar scene: Rajesh Naidu is the artist-in-residence at Rose-Hulman Institute of Technology and is painting scenes from the Wabash Valley as part of his residency. Here, he uses oils on canvas to recreate a scene along Ohio Street on Thursday.

Artwork by Rajesh Naidu of India will be featured 5 to 8 p.m. CST Saturday during an opening reception in the Gaslight Art Colony gallery at 516 Archer Ave. in Marshall, Illinois.

Naidu’s solo exhibition is a reflection of his five years in the Midwest, especially Terre Haute.

Naidu was born in India and raised most of his life in the state of Maharashtra. “As a kid I was exposed to a variety of visual stimuli, in the form of bedtime stories, comics, and movies, by my father,” he said, announcing his solo exhibition.

“But the seriousness of pursuing an artistic career only occurred to me after I graduated with a bachelor of engineering degree in civil engineering in 2008. After working for almost two years in the construction industry, I decided to leave my job to pursue a life as an artist.”

Naidu said his pursuit brought him to Terre Haute and Indiana State University, where he received a master of fine arts degree in December 2018. For his MFA thesis, he explored the theme of the human condition by producing a set of paintings depicting individuals in interior spaces, all painted from life, reflecting on the human condition.

In his role as the Artist-in-Residence at Rose-Hulman Institute of Technology, while he explored different subjects and themes, Naidu’s focus was on doing plein air paintings in and around the town of Terre Haute — where he has lived for almost five years — “trying to capture its spirit,” accompanied by gouache paintings done from pictures.

“My practice has always been influenced and inspired by places, people, nature, what I see around me, and what I read,” Naidu said. “My artworks lean more towards the traditional approach of representational painting, as I’ve found it works best to express myself. Aided by my affinity for art history studies, I continue to make art as a form of enquiry that is directed as much inward as outward. All the while trying to find an answer to the age-old question — what is art?

“I paint from life as well as from pictures, figures as well as landscapes and still lifes, using different mediums — oil, acrylic, gouache, watercolour, consciously seeking a delicate balance between the contextual underscores and painterly aspects.”