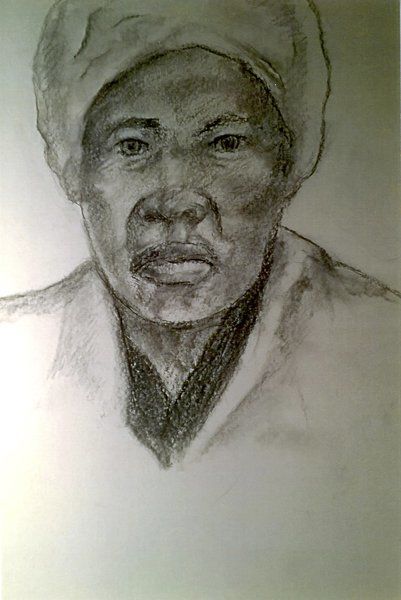 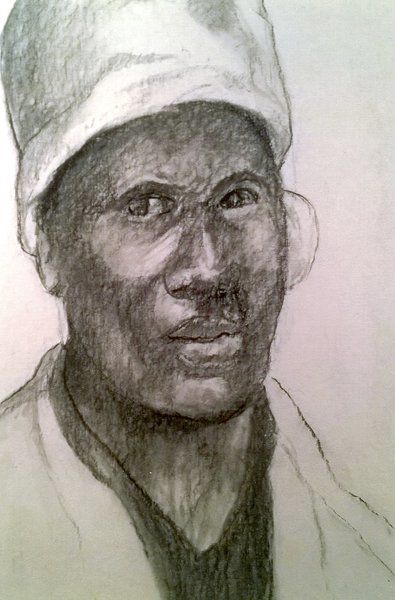 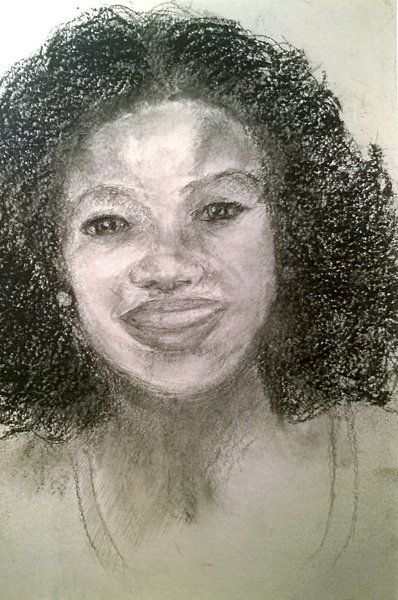 As River City Art Association’s artist of the month, Turner chose to display his portraits of six African-American women, past and present, “who have made significant contributions to our country, particularly black culture.”

Tubman, known as the “Black Moses” of her race, led over 300 slaves to freedom by the “Underground Railroad,” a series of hiding places from the deep south to the north, Turner said.

Although unable to read or write, Truth traveled many states speaking to thousands of people about freeing her people from slavery, Turner added. “She was so renowned she was received by Abraham Lincoln at the White House.”

Turner also chose to focus on Walker, “one of the first American women to become a millionaire through her own efforts.” She invented a new method of straightening hair using a hot comb, he noted. “She laid the foundation of the cosmetics industry among Negroes; spurred the interest in beauty among colored women.”

Parks was the seamstress riding a city bus in Montgomery, Alabama in 1955 who refused to yield her seat to a white man, which was the custom at the time, and she was taken to jail, Turner said. “This incident started the Civil Rights Movement. Negroes stayed off the buses for 381 days. This led to desegregation of the public bus system.”

Turner taught art for 35 years in the Vigo County School Corp. He also taught African-American Art History at Indiana State University for 19 years. During his years of teaching, Turner was nominated by one of his art students and was awarded the prestigious State of Indiana award for an art teacher.

In the early-1960s, Turner was president of the Terre Haute Branch of the NAACP and active in his role of supporting civil rights. His human rights advocacy also included his leadership on the ISU campus that led to the creation of the African-American Cultural Center.

Turner also has been active in the Terre Haute Kiwanis Club for the last 19 years and served as president in 2016. This experience found him volunteering his time to help others. He has been involved with Riley Elementary School BUG (Bring Up Grades) program as well as the middle school, high school, and college programs that help young students become participants in their communities. Also, he worked with the Hospice of the Wabash Valley tulip campaign.

In 2017, Turner received the “A Level Above” Award from the city of Terre Haute Human Relations Commission.

Turner also is well known in the art community for the drawings and watercolor paintings he has created for area art shows. His many honors and awards include a Best of Show pastel drawing in the library’s Big Read Art Competition in 2017.

Turner is a past president and past vice president of RCAA, that recognized him in 2018 with the Rob Robbins Memorial Award for Excellence in the Arts.

Currently, Turner is a working artist and owns and operates Turner Graphique Designs, a graphic arts firm that specializes in illustrations.